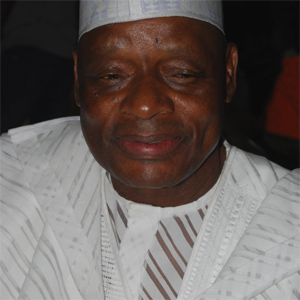 According to report, Hirse, alongside his friend, had gone to pay a condolence visit to the family of the late Sultan of Sokoto, Ibrahim Dasuki, on Kabiru Road, few metres from Inuwa Wada Road and was said to have decided to make a quick stopover at the house of Daura, who was at home and was receiving guests and other family members.

An eyewitness claimed that Hirse alighted with a friend he simply identified as Talba from his car and was exchanging pleasantries with some guests in front of the house, when an ash-coloured Toyota Corolla car drove into the street on speed and stopped in front of Hirse and his friends. He said the three masked young men jumped down from the car and accosted the former minister almost immediately.

The eyewitness said: “From what I could hear, they were asking him to get into their car, but he was trying to seek further explanations from them.

“At this time, people started approaching the scene, so one of them raised the gun he was holding and made to shoot, but it did not fire. He tried it the second time and it failed. By the third time, a shot rang and people ran for their lives.”

The Command’s Public Relations officer, ASP Aliyu Usman, said no arrest had been made so far, but that the Command had intensified efforts to track down the gunmen and free the former minister unhurt. According to him, “the command will not sit and allow criminals to take laws into their hands.

“We will make sure that we arrest those criminal and they will face the law. We are committed to protect lives and properties. We also appeal to the public for useful information that will lead to the arrest of the criminals.”