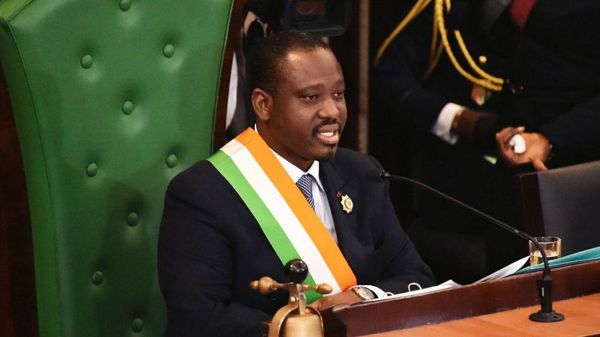 An Ivorian court on Tuesday sentenced former Prime Minister Guillaume Soro, who has been living in exile since December 2019, to 20 years in prison for corruption.

This ruling is likely to end Soro’s political ambition with seven months to go before the presidential election, for which he has assured to remain a candidate.

He was found guilty of “embezzlement of public funds” and “money laundering” when he bought his Abidjan residence in 2007, when he was prime minister of a government of national unity. Lawyers for the former speaker of the Ivorian national assembly boycotted the hearing which lasted for about three hours saying it is politically motivated trial.

The court also issued a new arrest warrant because the warrants already issued in February were “null and void”.

Unless he appeals successfully, the former rebel leader will be banned from standing for the October presidential election. He has also been prosecuted since December 2019 for an alleged attempt to “insurrect” the rebels.

“I am still running for the presidency and I will win,” Soro was quick to react on social networks, describing the trial as a “parody”.

President Alassane Ouattara “who today wears dictator’s clothes with great ease, submits justice to his boot and orders political killings against his rivals in order to exclude them from the electoral competition, embodies the worst version of the African leader,” he said.

“He quickly forgot that the justice system he is manipulating today is the same one that decreed him ineligible a few years ago (…) The rest we all know: he became president,” he added.

Long an ally of Mr. Ouattara, whom he helped to come to power during the 2010-11 pot-election crisis, Guillaume Soro became Prime Minister, then President of the National Assembly, before falling out, then breaking off with the Head of State in early 2019, the latter wanting to curb his presidential ambitions, according to observers.

On 22 April, an African court ordered Côte d’Ivoire to suspend the arrest warrant against Guillaume Soro and to release 19 of his relatives, who had been in prison for four months.

“The African Court of Human Rights had ordered the state of Côte d’Ivoire to return to the status quo. This hearing should not take place. If it is held, the magistrates will bear the responsibility”, Mr. Affoussiatta Bamba-Lamine told AFP before the hearing, justifying the boycott of the hearing by Mr. Soro’s lawyers.

The Ivorian state lawyers have refuted any political cabal. “The trial is far from being political, you have seen at the hearing with the various testimonies, the documents in the case file, that funds were actually embezzled (…) We cannot see in this trial any political will,” said Ben Méité Abdoulaye.

For him, it is a “thunderbolt in the sky of Ivorian corruption. This decision is the beginning of a new era in Côte d’Ivoire. The corrupt must be hunted down wherever they are.

“Despite all that has been said about the trial, the facts are relatively simple,” prosecutor Richard Adou told the court, pointing out that the “cheques” had been taken out of the treasury so that a company “with a capital of 2 million CFA francs (3,000 euros)” could buy “a 1.5 billion franc (2.2 million euros) asset, still “currently occupied by the accused.

Surprised during the hearing, the notary who registered the purchase assured that former ministers Marcel Amon Tanoh, who resigned in March to also prepare his presidential candidacy according to the press, or Charles Koffi Diby, who died in December, had validated the procedure for the purchase of Mr. Soro’s residence.