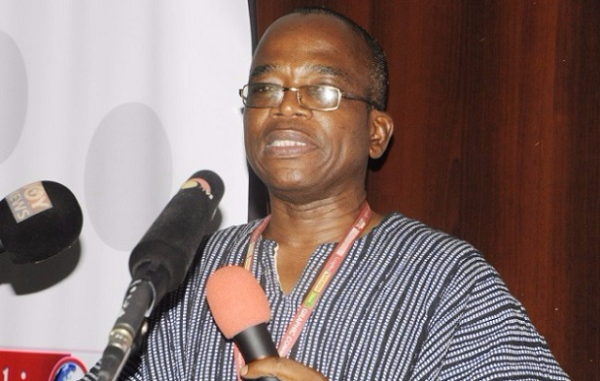 “A man only learns in two ways, one by reading and the other by association with smarter people”, Will Rogers

Kwame Addo Kufuor in his memoirs, The Gold Coast Boy, suggests that there may be something important that African countries could learn from China. Recently, our ambassador to China, Mr Edward Boateng also after serving in that country for a year felt there was something that we can learn from if we are to develop on a sustainable basis.

Without there is very much that we could learn from if we want to live independently in the near future. We have to carry our destiny into our own hands.

There are certain facts about China that we have lost to take notice of because of the kind of information that the Western media had saturated us with. Not many people know that there are several political parties in China apart from the Communist Party.

For instance, whilst the Chief Executive positions are reserved and held by members of the Communist Party, their deputies are usually appointed from the other parties, creating an atmosphere of inclusiveness.

There is one thing about the Chinese people that we have to understand. They are more concerned or have been made to appreciate savings over consumption. The priority of an average Chinese is to ensure that they save more from their earnings than they consume. Indeed, until a few decades back, coupons were provided to all the people, which limited them in terms of how much they could consume. Savings, thus, come to the Chinese as a routine. It is thus not strange that the Chinese government has access to assets that have made that country the leader in global investment.

Despite all the admonition and premonition about Africa enmeshing herself in debts to China and the concomitant loss or mortgaging of her independence, the US is one of the biggest debtors of China.

If the US has maintained her independence despite its huge indebtedness to China, why should we be disturbed that we are pawning our future into the hands of China by continually borrowing from

We have a lot to learn from China. The political philosophy of governance is a relationship of shared responsibility between the governed and those in government. Politics and government are seen by the Chinese in family terms, with political office holders playing the role of family heads. The Chinese see political leaders as family heads, whose duty is to build trust and confidence resulting in selfless leaders and loyal family members in the citizens.

If we want to advance, then we must see politics as an avenue to offer selfless service, but not as a means to wealth and lording it over the citizens.

Chinese politicians see themselves as having fiduciary duty and responsibility to the people. They are seen in the context of heads of families similar to the Ghanaian setting.
In the majority of instances, family members hardly impeach or doubt the authority and power of their family heads.

More importantly, family heads recognise the fact that whatever is entrusted to them belongs to the whole family and must thus be applied in the best interest of the family.

That is why there is that stability in the politics of China. For as long as those in political leadership can assure the people of transparent and accountable leadership there is a corresponding unwavering loyalty and trust.

China has the advantage because it did not colonise any African country and her approach is trade aid. In the 21st century global village, it would be impossible or extremely costly for China to attempt to hijack the course and cause of development of any African country. The distance between her and the nearest African country is such that China would not dare to dictate to any African leader worth that high political office. If it should come to war, just as Argentina did to the United Kingdom over the Falklands war, China would be annihilated by Africa, if she attempts any conquest because of debt overhang.

Ghanaians must applaud the generosity of the Chinese in supporting our infrastructural development It makes better sense to seek support for development when internal resources could take years to bring in the equivalent of the facilities that would be made available now.

In that wise, the visit of President Nana Addo Dankwa Akufo-Addo to China last week was a worthy one, a mission of a wise son rather than that of a long-legged messenger, oba tenten.