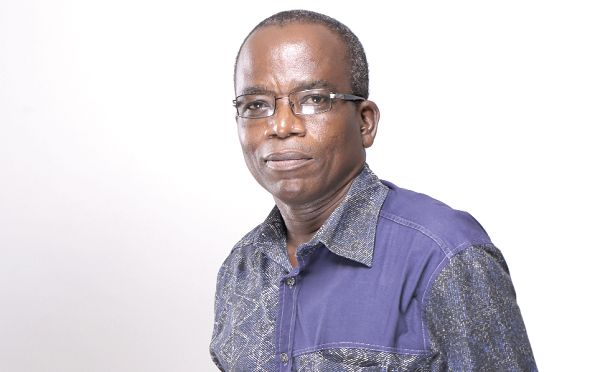 So as I begin to exercise the authority and mandate to chair the National Media Commission (NMC) reposed in me by members of the commission in consonanace with their freedom to choose, the time has come for me to surrender a passion which has motivated me to write a column every week for the past many years by bowing out from writing the Thinking Aloud column, with this piece as my last.

I am not running away from writing, but for as long as I serve as chairman of the NMC, I cease to have a view of my own, in the sense that whatever I say would be intepreted under the context of my chairmanship of the commission.

For instance, if I decide to comment about how Parliament voted on the matter of the drones or the seemingly high amounts demanded by the executives of the National Democratic Congress (NDC), depending on the thrust of my presentation and force of argument, I could be described as a fanatic or deep seated enemy of the party my arguments favour or undermine and although I have written for almost a decade, many would twist the reality and suggest that the NMC chairman has become friendly or antagonistic to one of the parties, without taking into consideration the facts or rationalisation of my presentation.

It would be taken as a position espoused by the commission, when in deed and fact, they remain my own views.

That is why I have decided to bow from column writing which remain opinions.

Just like Zinidene Zidane decided to leave Real Madrid Football Club as a coach, at a time he had achieved back to back wins in the European Championship Football, a rare feat, I am leaving column wtiting at a time that research reports available to the research department of the Graphic Communications Group suggest that Thinking Aloud commands more readership than any column or feature in the Daily Graphic.

Until the demise of Mr K.B. Asante and the end of his Voice From Afar column, the two of us were reported to control at least 50 per cent of feature and column readers in the paper.

Thus, the time is ripe, for me to stop writing the column,  especially during my  chairmanship of the NMC, where as a concomitant of legislation, I automatically become the chairman of the Complaints Settlement Committee of the commission.

In the coming days I, together with nembers of the commission, would devote our energies towards making our media scene free and our media practitioners responsible.

Whereas journalists and media practitioners need a friendly and an enabling environment to practise their profession, journalists must appreciate that ethical  journalism is not about speculation and conjecture.

Fake news must not be encouraged.

As the United Nations maintains through UNESCO, people cannot be charged with responsibility when they are not free; but where freedom is exercised without responsibility, the act renders the freedom useless and meaningless.

We need to put our profession to functional and good use to help our people, " because while we are permitted to say whatever we think about, we are forbidden to lie, since the lie of a journalist could be painful and murderous."

Whether the NMC would succeed in making our media relevant and critical to democracy and national development, will depend on the trust and respect that journalists, media practitioners and media owners would accord decisions and statements from the commission.

It should never be that the NMC would have to struggle to get media access.

Communication from the commission must be given urgent attention and maximum priority by all media houses both public and privately owned.

Similarly, we entreat the government to attach importance to the needs of the commission such that budgetary allocations will be released timeously to enable the commission meet its obligations, probably by being treated as the Judiciary for budgetary purposes.

The NMC must not be the poor and deprived cousin of the Electoral Commission (EC) or the Commission on Human Rights and Administrative Justice (CHRAJ).

Consequently, we anticipate that all the constitutive bodies would take an interest in the affairs of the  commission to ensure that  people have voices.

The NMC would take active interest in the passage and implementation of the Freedom of Information law to give meaning to the constitutional provision that Ghanaians have the right to access public information .

On that note I take my bow.