Why Accra may eventually become clean 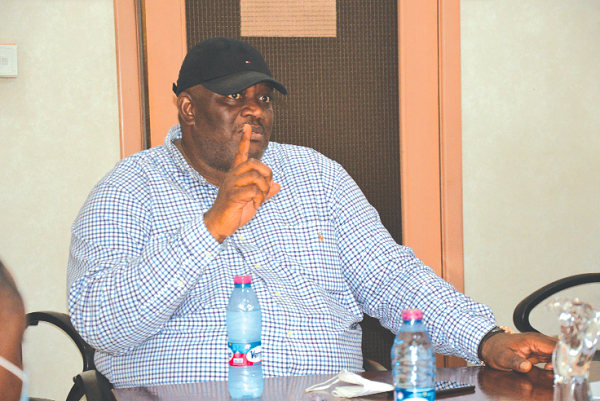 On different occasions and through several channels, I have been unequivocal about the city of Accra remaining dirty and never becoming the cleanest in Africa, irrespective of efforts.

These claims are not speculative but based on observations on efforts at cleaning Accra, which have been impeded by flawed assumptions and wrong understandings of what a clean Accra is or should be.

Notions of a clean Accra, for the most part, have been premised on narrow conceptualisations of what a clean city should look like.

Therefore, efforts to clean Accra have been reduced to street cleansing, waste collection and the occasional desilting of some of its choked gutters.

Such narrow conceptualisations, unfortunately, have characterised all our Clean Accra campaigns since the President expressed his desire to see Accra become the cleanest city in Africa.

And try as city authorities have, with all the cost and resources involved, the city of Accra has remained unclean, untidy and unsafe.

This is essentially because a clean Accra has been reduced to the visible cleansing of select ceremonial streets and communities to the exclusion of other critical concerns.

Thus, while all efforts are put into ceremonial cleansing of streets and gutters, critical issues such as congestion — both vehicular and human --, pavement trading, illegal structures, unsightly signages, noise pollution, indiscipline, lack of greens and general aesthetics are ignored.

They are ignored because they are not seen as part of the clean equation even though in reality, they are the issues that should be at the core of any city considered clean and the cleanest in Africa.

A clean city, the type of which the President envisions, must also be beautiful, safe, livable and functionally efficient.

Discourses on a clean Accra have focused narrowly on waste management and sanitation campaigns.

Such reductionist approaches have succeeded in creating a certain perception and cultural understanding of what clean means and what a clean Accra should look like.

Such perceptions are flawed and have logically influenced approaches which we have employed in our illusive pursuit of a clean Accra.

It is from such a perspective that I have remained worryingly convinced that our efforts have not been enough and that any prospect of Accra becoming clean and the cleanest city in Africa will remain nothing more than a seductive illusion.

It is also from such a perspective that recent actions and efforts under the bold leadership of the new Greater Accra Regional Minister, Mr Henry Quartey, imbue optimism about the possibility of Accra eventually becoming a clean city.

In recent days and weeks, we have seen a new urgency, a new direction and a rare type of leadership which seem to understand the enormity of Accra’s problems and what is required to make the city ‘clean’.

It is early days yet; however, from the little we have seen of Minister Quartey’s leadership, there is no doubt that he gets it and remains genuinely committed to finally getting that job done.

His is a rare type of leadership: one of bold conviction and an appreciation of his appointment to office as a call to duty and a charge to serve with dedication, commitment and selflessness.

It is refreshing to hear him speak and act. We can only wish him well. He should be reminded, however, that his ‘Let us make Accra work’ mantra is certainly not new to us in Accra and beyond.

He should be reminded also that such high-sounding and catchy mantras do not easily and readily translate into successes.

He needs to get everyone involved and must ensure that people understand this vision.

Minister Quartey will undoubtedly know by now that getting Accra to work and to become the cleanest city in Africa will not happen overnight and will also not be a fire-fighting mission of sweeping, gathering and dumping truckloads of garbage with occasional desilting of the proverbial Odaw River. It will require sustained efforts.

It is early days, but Minister Quartey’s actions so far have signalled the possibility of a clean, safe and livable Accra if only we can apply ourselves to the cause.

From demolitions of unauthorised structures, community cleaning, to ensuring that pedestrian footbridges are rightly patronised, these are just a few of what the minister has embarked on so far.

These actions, as they evolve around the city, may not be enough to suddenly transform Accra into what the President has asked for; however, they are the kinds of disciplinary enforcements and expanded actions that are necessary to ensure the city of Accra becomes clean, beautiful and functional.

We can only wish the minister well; but he should refrain from making the same mistakes the Sanitation Ministry and others before it made.

He should not claim sole ownership and responsibility of transforming Accra. Accra’s problem is our problem—it is a social problem which requires all-inclusive approaches to exploring solutions.

Among the key ingredients for success are sustained education, discipline, regulatory enforcement and sustainable financing.

Without these, it might not matter how much of commitment the minister demonstrates, it simply will not work, and a clean Accra will remain a mirage.

The writer is a climate, environment and sustainability transitions researcher at the Centre for Climate Change and Sustainability Studies at the University of Ghana.