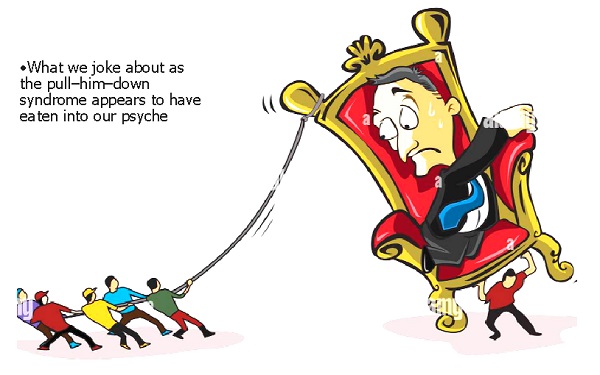 The second week of December 2022 for me saw two interesting events. The first was a book launch at the University of Ghana, Legon and the second an induction ceremony at the Kofi Annan International Peacekeeping Training Centre (KAIPTC).

Before I delve into that, I would like to discuss some feedback I had on my article last week: From ‘fill it’ to “stoooopp (STOP)!” I stated in my October 2020 article, “Writing: Safe or dangerous enterprise?”, that feedback, whether positive or negative, was important for writers. This is because as the Twi proverb translates, “The one cutting the path does not know if it is crooked!” It takes someone behind him to notice the path is not straight.

I concluded my discussion on writers who had been killed with the following:

“Writing can, therefore, be dangerous not only for professional journalists/writers like Elizabeth Ohene, Ajoa Yeboah-Afari, Nana Gyan Apenteng and Enimil Ashon, but also for amateur hobbyists like me!”

1. The first feedback stated as follows:

“Hmmmm, General, sometime in September, I got some unexpected money and decided to buy three months’ supply of my medications. It cost just about GH¢180 per pack of 28 tablets.

Last week, armed with GH¢200, I went to the local pharmacy to buy half a packet. Imagine my shock when I was told that I could only buy just a week’s supply as the packet now costs GH¢580!”

2. The second feedback stated as follows:

“I saw a heartbreaking scene the other day! An elderly gentleman who could no longer afford his lifesaving medications begged a pharmacist to give the medication to him on credit, otherwise he would die. The saddest part was when he said, ‘I have worked hard all my life but can’t afford to pay for my medication.’ The cost of his monthly medication had jumped from GH¢180 to GH¢600 plus!”

Incidentally, when I went to buy my medication a few days ago, the price had moved from GH¢479 in November to GH¢539 in December!

On Thursday, December 8, 2022, I was at the University of Ghana, Legon for the launch of the biography of a Justice of the Supreme Court, Prof. Henrietta Joy Abena Nyarku Mensa-Bonsu. Written by Kofi Akpabli, the book titled “JOY – A biography of Henrietta Mensa-Bonsu” chronicles her whole life. Probably because the book went for publication before she became a Supreme Court Judge, that bit of her life was not present. The Chairman for the occasion, Supreme Court Judge His Lordship Prof. Nii Ashie Kotey, therefore, humourously suggested to Prof. Mensah Bonsu to write a volume two to cover her tenure at the Supreme Court.

The book was reviewed by Lawyer Samson Lardy Anyenini and launched by Prof. Jonathan Narh Ayertey, former Dean of Students at the University of Ghana, former Dean of Graduate Studies at the Ghana Armed Forces Command and Staff College, and currently Chairman of the Governing Council of the new University of Environment and Sustainable Development (UESD), Somanya. Interestingly, unlike other launches where books are sold for tens of thousands of Ghana cedis, the soft back copies were sold for GH¢150 cedis while the hardbacks sold for GH¢ 200 cedis per copy.

A significant point Prof. Mensa-Bonsu made was a rather unfortunate observation while serving with the UN in Liberia as the Deputy Special Representative of the Secretary-General. While the whole world applauded her appointment as a Ghanaian, some Ghanaians were rather not enthused about her appointment and did not support her. Indeed, Ghanaians went to the extent of asking her foreign secretary if she was up to the task and was performing well.

Her revelation touched a raw nerve of mine, as I had had a similar experience in New York while serving as Ghana’s first Military Adviser at the Permanent Mission of Ghana to the United Nations about 20 years ago.

What we joke about as the “Pull-him-Down (PhD) Syndrome” appears to have eaten into our psyche such that, the Ghanaian would rather throw his weight behind a foreigner than support a Ghanaian. Simply put, the Ghanaian is not happy with, and does not celebrate the success of the Ghanaian.

Two days after the Legon book launch, I was the Special Guest of Honour at the Fifth Induction Ceremony of the Chartered Institute of Leadership and Governance (CILG), Ghana Chapter. The venue was the KAIPTC. The topic for my address was “Building Trustworthy Leadership for Global Transformation” after the keynote address by Major Ebenezer Agyemang, PhD (Retd).

Discussing courage as an essential attribute in Leadership, I stated that while physical courage is good, moral courage in support of physical courage is better. Leaders must be able to speak truth to power especially where leadership is visionless, greedy and corrupt and only thinks about power.

On Integrity, I reminded the audience made up of academics and very educated persons, as well as Chief Executive Officers (CEO), about the importance of honesty, sincerity and trust.

Finally, on example as an important leadership attribute, I quoted Queen Elizabeth II’s advice to the graduating cadets of the Royal Military Academy, Sandhurst, United Kingdom (UK) in Summer 1965 as follows:

“Remember always that the best and purest form of leadership is EXAMPLE!”

Fellow Ghanaians, remember that except for those with dual citizenship, the only country majority of us have is Ghana. Also remember that all the foreigners you help to kill all the little fishes in “saiko” deals on the high seas do not care about Ghana. Similarly, foreigners busy destroying our water bodies with cyanide and mercury for gold will repatriate whatever monies they make to their countries after causing death and destruction to us. Already dire predictions have it that sooner than the earlier prediction of 2025, Ghana may have to import drinking water if the present trend continues!

Finally, Prof. Mensa-Bonsu’s book launch should encourage Ghanaians in all spheres of life to follow her example of having a biography written and leave a positive legacy for posterity. Fellow Ghanaians, WAKE UP!