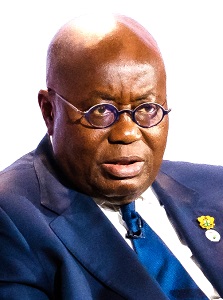 In the almost impossible event that I become President of this republic, one of the powers I would relish the most would be the freedom to conduct ministerial reshuffles as and when I please and without any notice to anyone.

The notion of hiring and firing without having to explain oneself to anyone is something I find particularly attractive, and I quite like springing surprises on both my friends and my enemies.

My grandmother used to tell me of the days under Dr Kwame Nkrumah, when a minister’s dismissal could be announced over the radio during the early morning news bulletin.

In one instance, she said, a minister she knew was on his way to an official meeting when the announcement of his dismissal came on the car radio.

His driver quietly did a U-turn and headed not to the office, of course, but to the now ex-minister’s home, where he dumped him rather unceremoniously, since he was no longer entitled to ride in the official vehicle.

Eventually, as the irony of fate would have it, Osagygefo emplaned for Hanoi in Vietnam as President in February 1966 and then was informed on arrival in Peking (now known as Beijing) in China that he had been dismissed from office by some coup makers back home who called themselves liberators. It must have created quite an awkward situation for his Chinese hosts as he was suddenly no longer Head of State and therefore not entitled to be accorded certain courtesies and protocols, neither could he proceed to Hanoi for the same reason.

In recent times, particularly during these difficult times, there have been some rather loud calls in the public space from both sides of the political divide for President Akufo-Addo to undertake a ministerial reshuffle, particularly focusing on getting rid of ministers that they believe have no business around the Cabinet table.

Some have noted that the President has not undertaken a major shake-up of his government since he took office in 2017, bar the occasional removal and replacement arising out of specific issues.

Of course after all his ministers’ tenure came to an end by operation of the law after his first administration and he won the 2020 election, he literally had a clean sheet to start from all over again.

He retained some in their old positions, moved others to different sectors and then quietly said goodbye to others.

Reshuffles, as known since the days of Nkrumah, have been in the root-and-branch-shaking sense, and usually have four dimensions: dismissals, moving ministers to take over other ministries, promotion from deputy minister to substantive, and appointment of fresh faces.

Essentially, a reshuffle worth its salt involves all these ingredients, pressed together and then shaken.

While those who have been ‘warming the bench’ for some time are delighted by the opportunity of ministerial office, those who enjoyed high office and have been suddenly turfed out unceremoniously are usually left wondering what hit them as the perks of office disappear literally immediately and power drains away from them.

Understandably, it cannot be fun being a minister and hearing rumours of an impending reshuffle, particularly when you have been in the news for some time for quite the wrong reasons.

I suppose one needs a strong heart and anti-diarrhoea tablets on standby in such situations when the rumours are flying around with the speed of light. Frontline politics is definitely not for the faint-hearted.

No legal duty to reshuffle

Of course there is no constitutional mandate or obligation for a President to carry out reshuffling exercises, whether high-octane, headline-grabbing massive ones, or low-key ones via a couple of dismissals or replacements. Nothing stops him or her from retaining the same team through his or her tenure, or having a reshuffle every quarter.

On the back of precedent and what has come to be a tradition, it is quite understandable that there would be demands for a shakeup by the President of his government, especially in these difficult economic times.

But as it appears to be emerging via the President’s recent interview on the matter, those calling for the reshuffle may be wasting their breaths, for it appears our President is not interested in that grand, one-off exercise, insisting that he prefers to ask himself “…on a daily basis whether a particular minister is up to the mark” and then act accordingly.

He says he is fine with their performance so far. Of course, people may make up their minds about his stance, but it is what it is and the President is ultimately responsible for his decisions either way.

While I would relish the thought of cutting through my government like a hot knife through a knob of shea butter in regular bouts of reshuffling if I were President, and while I would not pretend to be living in the presidential mind, I have done some thinking on this matter and on sober reflection, I think some wily strategy is in play here, particularly at this time.

Think about it. Imagine you are President. Your country is going through economic difficulties and you need all your ministers to focus. You have to deal with a hung parliament, which has created some difficulties in the past and delayed getting some of your measures through.

The same Parliament has the duty to vet your new ministerial nominees to replace those you have dismissed or moved to other ministries. Your deputy ministers who have been nominated to take substantive ministerial positions also have to be vetted.

The approval process goes through two-stages, first the Appointments Committee, and then the full house for approval if recommended by the committee. These are not overnight processes. In any event, Parliament is currently on recess until sometime in October this year.

In these circumstances, why tempt fate by effectively putting your government in paralysis mode while waiting for Parliament, where your party does not have a clear, comfortable majority, since your fresh ministerial appointees cannot take office until Parliament is done with its part?

What if the other side dig their heels in on the return by Parliament from its recess, and draw out the approval process, bearing in mind how we do our politics? How do your key ministries function effectively in a void when their substantive ministers have been sent packing?

I do not know for sure whether these questions were at the back of his mind when the President referred to the potential risk of ‘destabilisation’ by the NDC in his recent interview in Tamale on the subject of reshuffling.

I wish I operated in such exalted, hallowed circles, even as a fly on the wall in Jubilee House, to gain access to his deliberations with his advisors on this matter.

But I like to believe the President is an experienced, shrewd political operator who would carefully consider the implications of a reshuffle at this time in particular from perspectives that may not occur to many.

Even I, an avowed reshuffling adherent, would most probably pause for thought in these circumstances.