The Ghanaian craze for EPL, La Liga; An indictment on the Ghana premiership 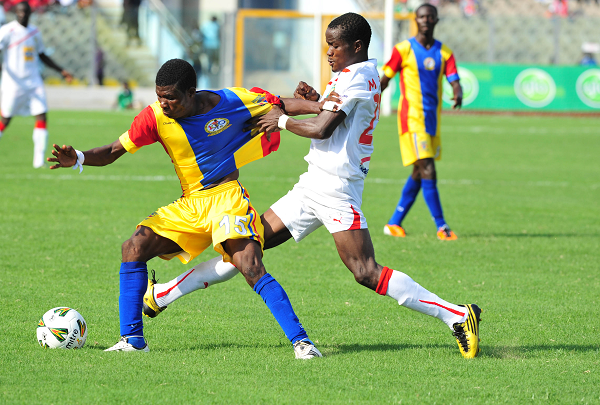 On numerous occasions when I return home after watching an European football match, usually the English Premier League (EPL) or the Spanish La Liga with friends, I meet my wife and children watching soap operas with mime translations in the local Akan language.

These are moments that I feel disheartened due to the fact that I have lost my taste for the Ghana Premiership League (GPL) in favour of foreign leagues, while in a similar fashion, my wife craves for foreign movies but not  for the local drama or films.

This is a painful reality that I live with but it appears I have to endure it for a very long time. The reason being that the GPL does not give me the satisfaction and excitement that I desire due to the lack of talents with exceptional skills and also football infrastructure with standard pitches.

The EPL and the La Liga, on the other hand, have quality players, standard pitches and all the modern facilities which is given some extra boost with the hype. Who then would not like to watch Messi, Ronaldo, Neymar, Iniesta, Hazard, Salah among others play?

I know when my team in the La Liga, Barcelona and my other favourite team in the EPL, Manchester United, are scheduled to play matches but I am unable to remember the last two matches that my once dear local team, Accra Hearts of Oak, played. I believe I am not alone in this quagmire for the love for foreign leagues as against our domestic football.

This is so because according to the prevailing marketing principle, the expectation of consumers or customers now goes beyond satisfaction, customers want excitement as well.

I think it is this excitement that pushes me and many others to crave for the foreign leagues because the local league has lost its steam as it is currently struggling to even attract the expected patronage in terms of spectatorship. It also lacks quality players, let alone talk of providing excitement.

I can only speak of the 1990s when the likes of Shamo Quaye (Accra Hearts of Oak), Joe Debrah (Kumasi Asante Kotoko), Ablade Kumah (Hearts) and the likes were in the then First Division (now premiership).

Those were the days people followed the local matches with keen interest. Matches between Hearts and Kotoko then garnered similar following, excitement and tension such as the El-Classico of Spain and the Manchester United and Liverpool rivalry in England.

The reason was that the league at the time could boast exceptional players such as Shamo Quaye, Joe Debrah and Ablade Kumah, who would entertain spectators with their dribbling and striking abilities.

There were occasions when Shamo Quaye would score a goal and the contestation would be that it was a 'juju' spiritual goal because of the skillful manner with which he scored the goal.

Then came the era of Ishmael Addo, Samuel Osei Kuffour, goalkeeper Sammy Adjei and others for Accra Hearts of Oak. That team, which was nicknamed the “64 battalion” because of the venom they harboured and hot-headedness, conquered Africa in the year 2000 and also won five GPL titles and the CAF Super Cup in 2001.

It is worth noting that when the GPL had hit its peak, Ghanaians still had teams that they supported in the EPL, La Liga and Bundesliga but their interest was more on the local league as it was the centre of attraction and fans would not forego a local league for a foreign one.

But when the talented local league players began to move out for professional careers outside, the interest in the local league began to dwindle. The reason was that club owners and the Ghana Football Association (GFA) did not take any steps to stop the rampant exodus of players.

They could have done so by courting more partners to increase the condition of service for the players. That could have also enticed many players both local and foreign to fill in the vacuum created by the exited players.

Instead, the club owners, many of who did not want to spend a lot more, went in for half-baked and amateur players, many of whom in the past would be playing in the colts’ league and who could break and pass the ball to replace those players who found their way out. As a result, we do not have talents in the local premiership who can excite spectators with exceptional talents or skills, dribbling antics, tailor-measured passes or classic goals.

Football is just like any other product or service offered for sale and so once it offers value for money, football fans and non-football fans will all be attracted to it wherever it is played.

The GFA and the Ghana League Clubs Association (GHALCA) must ,therefore, engage business executives and the corporate world in general to discuss funding arrangements for lifting the GPL and also measures that ought to be introduced to attract fans to the various stadia and also to improve the salaries and other conditions of players, as well as entice them to stay and play in the GPL.

With the GPL attracting enough funding, club owners will then have the financial wherewithal to buy quality players within and outside the country. For a start, it may be expensive to buy players from Europe or South America thus the concentration should be on getting players from neighbouring African countries to rebrand the GPL to entice interest in the league.

There must also be a conscious effort by the GFA in collaboration with the government and other stakeholders including the private sector to construct new sports facilities, while improving the existing football pitches to make the game exciting and to improve the quality of play.

The stakeholders should also mount aggressive media and marketing strategies to create a blitz around the local league.

The long-term measure is the focus on the development of youth football through the colts or the emerging football academy system from where more talents can be unearthed to feed the third divisions through to the premiership.

Again, the management of sports academies has to be reviewed to get the managers focusing more on producing players to feed the local league until they are matured before traveling out instead of building players for the European and Asian markets.

It is also crucial to promote the inter-colleges football matches similar to the then Milo games to unearth talents from the schools. This is because it was through the Milo U-13 Interco’s football that the likes of  Black Stars captain, Asamoah Gyan, Sulley Muntari and Michael Essien were discovered.

It is one’s expectation that once these measures are put in place, the GPL will recapture its past glory by attracting fans to the various stadia, improving the quality of play and possibly minimise if not stop the brain drain of footballers.

New supporters such as the kids of today will also be attracted to the teams and the excitement of the past will also be rekindled.