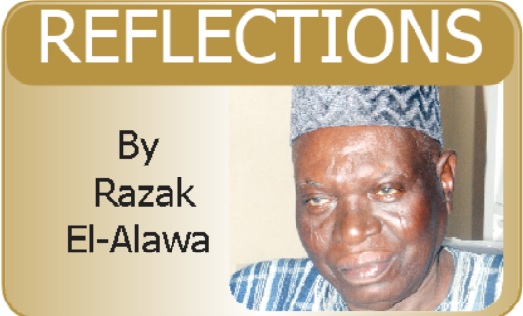 One of the greatest moments of my sojourn in Tamale between November 1975 and November 1978 was the emergence of Real Tamale United in 1976 on the Ghanaian football scene as a strong force that was to change the course of the beautiful game in Ghana.

Before then, Tamale and indeed the rest of the north, including the Upper Region, were known to supply good footballers to the clubs in the south.

Players such as Malik Jabir and Abukari came down to play for Kumasi Asante Kotoko and made names for themselves, while Amusa Gbadamohoshie found fame with Accra Hearts of Oak, just to name a few.

For political reasons, each of these clubs was invited at one time or another to join the national first Division League but was immediately relegated after only a season, making the northern clubs not good enough to play in the First Division.

Many clubs in the south even abhorred to travel all the way to Tamale on very bad roads to honour league matches in the Northern Regional capital.

It was to produce a strong and formidable club from Tamale and challenge the clubs from Accra, Kumasi and Sekondi, especially, that Alhaji Raheem Gbadamoshie, Alhaji Aliu Mahama, Alhaji Aminu Amadu, Jimoh Ashiru and Alhaji Malik Alhassan decided to form the Northern United to bring together all the clubs in the north.

Last week, I inadvertently omitted the name of Alhaji B.A. Fuseini, the Headmaster of the Ghana Secondary School (GHANASCO), who was one of the brains behind Northern United and its General Secretary.

All the above football loving personalities were products of TAMASCO, who also passed through the hands of Alhaji Gbadamoshie, also an old boy, who was their teacher and later became the headmaster of the school and eventually, much later, the Director General of the Ghana Education Service (GES).

Apart from being passionate about football, they also believed in the greatness of the north through rapid development in all spheres.

Unfortunately, the other clubs did not buy into the idea of a Northern United and the club on its own could not stand on its feet. It was once promoted to the First Division but was also immediately relegated. Back to square one.

The breakthrough for football in the north and Tamale in particular came when the Northern Region won Gold in football at the National Sports Festival in Accra in August 1976, beating Western Region 3-1 in the finals.

Those who ran commentary on the match kept wondering why the north could not raise a strong team to play in the national First Division League judging by the talents displayed at the National Sports Festival that year.

I took this up and started writing in the Daily Graphic about the need for the clubs in Tamale to bury their pride and differences and give up their sovereignty to form two formidable clubs.

After all, it was players from the five clubs in Tamale who represented the Northern Region at the Sports Festival.

The Northern Regional Commissioner, the late Colonel Robert (Bob) Kunta Zumah, fortunately bought into the idea. He called a meeting of all Tamale clubs at the regional office and ordered the clubs to merge into two clubs.

Real Tamale United (RTU) came out of the union between Real Sportive and Northern United, while the other three clubs formed Great Northern Sparrows.

RTU had as M.D Alhaji Gbadamoshie, with Alhaji Adam Harruna (Progress) as the chairman and Alhaji B.A Fuseini as General Secretary, while Alhaji Alhassan Bawa Alolo was named Team Manager to be assisted by Jimoh Ashiru.

This was a formidable team and the founding of RTU marked the beginning of a football revolution that was to make Tamale the epicentre of Ghana football for a quarter of a century.

After the formation of RTU and Arrows, the two were asked to play in a determination match to select one of them to represent the Northern Region in the Middle League that would produce two clubs to join the First Division in 1977.

RTU emerged winners from the north and came down to Accra to participate in the Middle League and qualified together with Juantex to play in the First Division.

It was a great day for the football crazy people of Tamale when RTU returned home at the end of November 1976 with the Middle League trophy.

The welcoming party went to meet the triumphant ‘little little stars’ beyond Lamashegu, on the outskirts of the town.

Almost all of them were later drafted to the Black Stars.

The team presented the Middle League Trophy to Colonel Zumah at the regional office. It was for the support the regional commissioner gave RTU that they became known as the ‘Zumah Babes’.

Promoted to the First Division in 1977 RTU was a revelation as they became the team to beat. The Tamale Kaladan Park became an impregnable fortress and a waterloo for leading clubs, such as Asante Kotoko, Accra Hearts of Oak, Great Olympics, Sekondi Hasaacas etc. who could not believe the high standard at which RTU was playing.

Anytime I sent my reports to the Daily Graphic in Accra, my colleagues were wondering if it was true. I had to travel to Accra to invite my good friends, Ken Bediako, then Sports Editor of the Daily Graphic and Ebo Quansah of the Ghanaian Times to Tamale to watch one of the matches to be convinced.

In its very first season, RTU were pipped to the title by a single point by Accra Hearts of Oak.

The story of RTU between 1977 and 1980 and even beyond was the story of Tamale and indeed the north.

The emergence of the club changed the political, social and economic fortunes of the north. For the first time in the history of the north, there was peace as all the various political and chieftaincy groups embraced RTU.

Top players from all parts of the north found their way to RTU and it became the talk of men, women and children everywhere. Those who supported clubs such as Kotoko and Hearts shifted their support to RTU.

More significantly, both the Abudu and the Andani embraced RTU. Yes, the late 70s and early 80s were the best times to live in Tamale because of the prevailing peace.

Later players such as Karim Star Boy, Mahama Nlai came from Accra to strengthen RTU and the club remained among the top four for the next decade and a half.

Abedi Pele and Abu Imoro also in later years contributed to the dominance of RTU on the local scene.

Writer’s E-mail: This email address is being protected from spambots. You need JavaScript enabled to view it. /Tel. 0275 193140