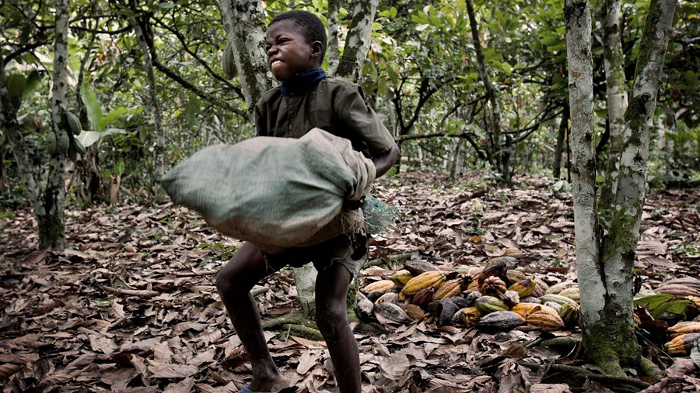 Child labour remains both a local and international canker and has been criticised by the society as it causes harm to the human resource of the nation, including the victim’s health, dignity and rights. Child labour includes any work or engagement of a person less than 15 years which deprives the person of his childhood, and such work is harmful to his physical or mental health (Section 89 of the Children’s Act, 1998 (Act 560)).

In the year 1919, the International Labour Organisation (ILO) was established to promote social justice and to establish international labour standards, it has about 137 states that form its members. In 2002, the ILO came up with the idea to declare World Day Against Child Labour, which is now observed every June 12 in most parts of the world, especially member states.

This is to ensure that the many children in the world are protected and provided with proper schooling, medical services, leisure periods and other basic liberties.

When children are faced with lots of unbearable labour that surpasses their ages, it violates the international labour standards and the children’s rights.

Article 28(2)-(5) of the 1992 Constitution; Safeguarding Children against Child Labour:

(2) Every child has the right to be protected from engaging in work that constitutes a threat to his health, education or development.

(3) A child shall not be subjected to torture or other cruel, inhuman or degrading treatment or punishment.

(4) No child shall be deprived by any other person of medical treatment, education or any other social or economic benefit by reason only of religious or other beliefs.

A person infringes the fundamental right of a child if he engages the child in a work that is detrimental to his health, education, development, or the nature of the work is cruel, inhuman and degrading in nature. Also, Sections 87, 88, and 89 of Act 560 prohibit exploitative labour of children, child labour at night, and prohibits the engagement of children of less than 15 years for purposes of employment.

The laws against child labour are not being sufficiently implemented and below are some of the contributing factors:

In Ghana, poverty is one of the basic causes of child labour. Some families resort to child labour to enable them to live on the little the children accrue from what is popularly termed as "street hustle". To this extent, the children engaged in such labour do not recognise the deprivation of their rights but believe it is a source of earning rather than a punishment.

Also, institutions and organisations use children to earn cheap labour; this is to say that children are subjected to do hard work in poor conditions for little pay.

In respect of the above, state institutions and stakeholders are admonished to seek the implementation of the laws against child labour when an individual, institution or organisation subjects a child to hard labour.

This implementation cannot smoothly strive if individuals, organisations and governments do not provide shelter, food and basic education for the victims and widely educate the public against child labour.

Conclusively, the fight against child labour is a gradual process but worth it. Victims of child labour most often are deprived of their education, good health, and proper growth. This goes a long way to affect the human resource of the nation.

The writers are a student of law and human rights activist, respectively.