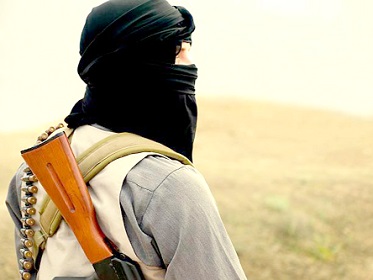 While the severity of this violent group in the sub-region used to be debatable, the groups’ recent attacks highlight their pattern of exploiting Islam to bolster their social and political adventurism.

What is worrying is the fact that these terrorist groups are now speaking for millions of West African Muslims and they are striving to obtain legitimacy to impose and promote their ideas on all.

But what are the leading causes of Islamic extremism in Ghana and the West African sub-region and how can their threats be contained?

The rise in the phenomenon of radical Muslim groups (Takfīris) in Ghana and the West African sub-region is the major cause of violent Islamic extremism. These groups believe in excommunicating other Muslims who do not share in their world views, by labelling them infidels (Kuffār) even when they practise the religion devoutly in all other senses.


The problem of not accepting other groups and the consistent conspiratorial perception of them causes counter-radicalism, producing negative reactions and creating a tense atmosphere within Muslim communities in Ghana and the sub-region.

While acknowledging the tremendous efforts the authors of the Six Books have made to the development and teachings of the traditions of the Prophet (PBUH), they, as humans, made mistakes. So, the continued publication of the Six Books in their original form is not authentication of all their contents.

The use of the Arabic word, “Sahīh (correct)” only signifies the establishment of ‘all’ those involved in the chain of narrations of the traditions and not proof of the authenticity of the tradition itself. In fact, there are many authentic traditions of the Prophet that are not found in the Six Books, just as there are dozens of unauthentic ones in them despite the due diligence they exercised during their historic collections.

The rubrics and nuances of the traditions of the Prophet (PBUH) is such a serious business that even at the doctoral levels, students and professors in leading universities in the Arab world continue to battle around them.

What is worrying, therefore, is when some over-enthusiastic Muslim youths keep sharing any tradition found in the Six Books through their social media handles. Social media sharers believe they are knowledgeable about the content they share, even if it is a fact that they are not.

Sharing can create this rise in confidence because by putting information online, sharers publicly commit to an expert identity.

Doing so shapes their sense of self, helping them to feel just as knowledgeable as their post makes them seem. This is especially true when sharing with relatives, friends and colleagues.

The rise in the phenomenon of Muslim televangelists is resulting from a largely deregulated media where access to television and radio networks is open to virtually anyone who can afford it. The proliferation of these media with live Facebook streaming has created a free-for-all platform for self-acclaimed rival ‘Islamic scholars’ in Ghana and the countries in the sub-region competing for authority.

The revolution of communications and modern technology has contributed tremendously to the regionalisation of violent Islamic extremism and there is a clear relationship between technological advancement and the escalation of the activities of extremists.

There is no doubt that the spread of new communication technologies has provided a window for extremist groups to deliver their message and spread their ideologies that promote violence and incite hatred.

Extremist groups have resorted to the digital world to spread their ideas because they found in the internet environment a relatively cheap, convenient and safe way to deliver their messages. Therefore, the internet is considered a tool for mobilising resources, just as it provides an important window to depict their violent actions and transmit them to the target audience, intimidate opponents, gain sympathisers and recruit new members.

Another fundamental cause of growing Islamic extremism, especially in Ghana, is the continuous violation of the religious rights of Muslim students in public schools. The fanatic tendencies of most heads of public schools with or without Christian missionary backgrounds have only succeeded in radicalising some Muslim groups in the country, who keep using such religious violations as a justification for their hate speech and incitements.

In all the Ghanaian public schools where foundations were laid by the Ahmadiyya Muslim Mission and are still headed by Muslims, non-Muslim students are not compelled to observe the Islamic prayer in the name of ‘school function’.

And in most of the West African countries, I have visited for research works, Muslim students in public schools (including those with Christian missionary backgrounds) are not compelled to attend church services and they are accorded all the necessary support to practise their faith.

We must generally apply this valuable social harmonic tool in a progressive country such as Ghana.

Fanaticism is a symptom of intolerance and once religion is infected with fanaticism the whole society gets starkly polarised and exposed to the threat of violence. In fact, the infamous Ahlu-s Sunna Lid-D’awati Wa-l Jihād group (aka Boko Haram) began expressing their heightened malignance to secular education when all efforts to stop similar religious violations against Muslim students in Nigeria failed.

They have consequently attacked both Muslims and Christians they perceive as promoting a system that is structured purposely to convert Muslim children.

While it is laudable to continue fighting all forms of terrorism by equipping the relevant security apparatuses and sharing intelligence, the best approach to fighting religious motivated terrorism remains the elimination of its cause, which is extremism, cancer that has, unfortunately, taken root in Ghana and the other West African sub-region countries. Any approach other than this will be to treat just the symptoms instead of the (virus) infection.

Considering the regionalisation of violent Islamic extremism, which is no longer confined to a particular country and the associated conflict over sectarian identity that causes terrorism, there is a need for effective international action to contain the situation.

Political, religious and opinion leaders must also devise effective solutions to rid individuals and religious groups in the sub-region of the clutches of intolerance and fanaticism, by exposing its faults and falsifying their claims.

See you here next Friday

Related article: Rethinking violent extremism through the Islamic lens (I)

The writer is the Founding President of the Centre for Islamic Thought and Civilisation. This email address is being protected from spambots. You need JavaScript enabled to view it.