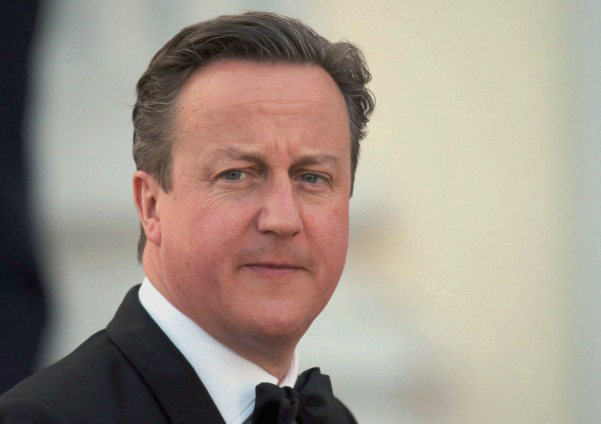 “We cannot aim at anything less than the Union of Europe as a whole, and we look forward with confidence to the day when that union will be achieved.” — Winston Churchill, former UK Prime Minister, May 1948

British, Irish and Commonwealth citizens over 18 who are resident in the United Kingdom (UK), along with UK nationals living abroad who have been on the electoral register in that country for the past 15 years, members of the House of Lords and Commonwealth citizens in Gibraltar and citizens from EU countries, apart from Ireland, Malta and Cyprus, will today decide Britain’s future in the European Union (EU).

A promise by Prime Minister David Cameron to hold a referendum if he was re-elected in 2015 had engendered almost a year of vigorous campaign which took a vicious turn in the last days with the gory killing of MP Jo Cox.

Opinion polls so far have suggested a tie. Today’s referendum had received the world’s attention, and the world, including governments of developed and developing countries, as well as business leaders, are currently sitting on tenterhooks awaiting the outcome  and its effect on the global economy with keen interest.

But the final results will depend largely on the relationship between the people of Britain and the EU. Whatever the outcome, both the nation and the bloc would have the world to either re-write their relationship with the two or maintain it.

Prior to the 2015 general election, some Members of Parliament of Prime Minister Cameron’s Conservative Party and the UK Independence Party (UKIP) had argued that Britain had not had a say since 1975 when it voted in a referendum to stay in the EU. They opined that the EU had changed a lot since then, gaining more control over the  daily lives of the British people.

Three main slogans have heralded the campaign — Britain Exit (BREXIT), “Remain and “Leave”. The issues range from economic governance, immigration and welfare benefits to competitiveness. But no one is quite sure what will happen if the UK leaves the EU.

Proponents for Britain remaining in the EU, spearheaded by Prime Minister David Cameron, believe that the UK “will be safer, we will be stronger, and we will be better off inside the EU,” and Brexit will only offer the “illusion of sovereignty” and be a huge “leap in the dark”.

Others such as former London Mayor, Boris Johnson, believes today would become Britain’s “independence day”.  Tory politician Andrew Mitchell argues that Brexit is about sovereignty; that Britain would survive outside the EU.

“We would govern ourselves without constant petty interference from a European political elite that, like all political elites, is forever seeking greater power and authority. The world is moving to a freer trading regime, and protectionism is declining and discredited,” he said.

The "Remain" camp argues further that Britain will be able to trade freely across the EU and will help UK businesses grow and create jobs, giving British citizens more opportunities and financial security. More than three million UK jobs, one in every 10, are linked to Britain's trade with the EU, they say. And they predict that being in the EU will create 790,000 more UK jobs by 2030, while leaving will cause up to 950,000 UK jobs to be lost.

History of Britain’s relationship with EU

The relationship that existed between Britain and the EU started many years ago during the time of Winston Churchill when he was the Prime Minister of Britain. He is described as one of the greatest Prime Ministers of the country and a “significant” founder member of the European Union.

Churchill had argued during his time that Britain held a unique position at the heart of “three majestic circles”: the “Empire and Commonwealth”, “the English-speaking world” and a “United Europe”.

He described these three circles as ‘co-existent’ and ‘linked together’.  He said in 1948: “We are the only country which has a great part in every one of them. We stand, in fact, at the very point of junction, and here in this island at the centre of the seaways and perhaps of the airways also, we have the opportunity of joining them all together.”

Britain went into general election in February 1974 and the Labour party promised in its manifesto to renegotiate Britain’s terms of membership with the then European Economic Community (EEC). There was to be followed, a consultative referendum on continued membership under the new terms if they were acceptable. When membership was put to a referendum in 1975, it had the support of Britain's three main parties and all its national newspapers. The result was resounding — with more than 67 per cent voting in favour.

Withdrawal from the EU

It is the right of any EU member to withdraw from the union as  stated under Article 50 of the Treaty on European Union.

"Any Member State may decide to withdraw from the Union in accordance with its own constitutional requirements."

However, no state has ever withdrawn from the EU except that Greenland, part of the Danish Realm, voted to leave the EU's predecessor, the EEC, in 1985.  Algeria left upon independence in 1962, having been a part of France until then.

No member state either has ever held a national referendum on withdrawal from the European Union, except the 1975 Britain’s referendum on the EEC.

Effect of leaving the EU

Aside the Euroskeptics and nationalists, who are probably the loudest campaigners for Britain to leave the EU, the world, for sure, feels uneasy due to the negative effects that lay ahead for both the EU and Britain.

In trade negotiations, the UK’s bargaining position is enhanced by being part of the EU, which is the world’s largest trading bloc, and accounts for some 20 per cent of global GDP.

According to The Economist, were Britain to impose tighter controls on EU migrants in post-Brexit, growth would depend on attracting from elsewhere the skills its economy needs. Yet it is politically unrealistic to believe that Britons who have just voted to leave the EU partly to curb uncontrolled migration from eastern Europe would want to welcome many more migrants from places like India and Africa.

What is in for Africa?

Nevertheless, it is assumed that in the event of a Brexit, the British government will proceed pragmatically and uphold existing contracts within the framework of the Cotonou Agreement.

The EU is Africa's most important donor,  and Britain, to its past colonies, contributes much of its aid.

“The UK's position within the EU, being one of the more consistent development aid donors but also providing some of the biggest budgets towards EU development aid, could have quite a substantial impact, not only on the amount of development aid that's given to sub-Saharan Africa but also the way that it is spent and its effectiveness," says Uzo Madu, a  Brussels-based blogger with expertise in communications and EU public affairs.

For those who share Winston Churchill’s vision and look forward with confidence to the day when the union will be achieved, there certainly will be unity in diversity when they vote “Remain” in today’s poll.

Whether it is a shared pride of nationalism and the fact that prosperity in Europe is dwindling and it is affecting Britain in one way or another, today’s result will, for sure, show the way forward for the UK.

The world is watching as Britain decides.