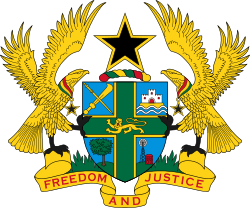 Virtues evoked by the photoshopped images of politicians on billboards may well have been curated by impression entrepreneurs.

Beware: beneath their “religious” or “virtuous” patina, there may lie several layers of decadent pentimenti dating back to original sin.

False impressions and lies abound during campaign seasons. This is no news. This article explores the exception: how politicians achieve the reverse normalisation of their deceitfulness.

It examines conditions which help their transfiguration into representatives with the highest virtues required for public office.

Politicians are geniuses: they instinctively know how to tell the most lies where most power lies: the control of state resources.

But there’s more truth to lying. The powers that lie in us come from the hardwired evolutionary need to survive by overcoming dangers.

Lying involves a wide spectrum of speech performances and behaviours motivated by our lying brain—the neocortex.

Between the so-called gods and the darkness of Lucifer’s hell, all of us, at different times have had narrow escapes where a lie has made a cleft in a rock for us in which we have hidden from danger.

Speech is also mankind’s tools for deception. Neocolonialism confirms this. Defined by altruistic vibes and catch phrases like “development partners”, it has been the smokescreen that has lured Africa into the Western lair.

Consider Shakespeare’s thoughts in Macbeth: “…look like the innocent flower, but be serpent under it”.

The truth about lying is that it is often the outcome of many social forces.

Behind every liar, there is often a sick overbearing parent, a domineering boss or school headteacher, a corrupt society whose internal working mechanisms may elicit acts of strategic dishonesty from its members in order for them to feel safe or accepted.

Besides the individual, state machinery may be made sick when its “operating system” becomes infected by “political malware”.

When this is accomplished, the state can be reengineered to undermine some group’s potential for self-actualisation.

Targeted groups may resort to dissimulation.

Living a lie that saves one’s life may be the truth about survival in ungodly situations. This has been rife in Ghanaian politics.

Most governments have misconducted themselves and made citizens believe that the comfort of politicians is the reason the state exists.

Legal endorsement of this colonial idea has seldom been interrogated.

It goes against Ghanaian values where parents, as mentors, take pride in sacrificing to make the lives and world of their children better and safer.

Where resources and opportunities are rationed in four or eight yearly turns, truth becomes a seasonal or rationed phenomenon.

Politicians, having divided the truth into bits and pieces among themselves, can only afford to speak half-truths, office tenure-truths, post-truths or self-preservative rational lies.

Campaign periods become opportune times when the demand for greater inclusion is high. Social reality during these times may be curated by impression entrepreneurs to look dire.

These curated conditions are characterised by the supply of promises whose elasticity exceeds the bounds of reality.

Under such conditions, tongue twisting sophistries, filled with alluring alliterations and palpable lies become the soundbites that inform people’s choices.

Cashflow, loud music, colourful bunting and the razzmatazz of campaign times produce high levels of oxytocin in the voter population.

Candidates are transfigured: messianic halos form around their omnipresent poster images. Their promises are received as panaceas.

These curated virtues are defended by impression entrepreneurs. Nothing under the sun may uninstall their delusional power. They offer examples of self-delusion.

The exercise of power in government may prove different: rulers and the ruled may discover the mutual phantom they have created.

This may come like marriage to restore sight to blind lovers. The age of soul-searching dawns; mass disillusionment may create cracks that would grow the next generation of political liars and gullible voters.

Lies and propaganda are cyclical. Today, such cyclical videos playing soundbites are returning to their impression entrepreneurs. They return because the truth they sought to supplant finally came to town.

They are annoyingly undermining nearly every government proposal because they came from the powers that lie in those politicians.

But in Ghana’s political world, lessons are seldom learnt. The powers that lie in the opposition may also be exercised in the same reckless manner.

Given these developments, elections may be won by those who promise little and do more.

This is because the layers of decadent pentimenti are now visible.

They confirm that: if the fundamentals of the campaign season promises are weak, the exchanges on social media platforms, e-pockets and parliament will expose you.

The writer is an artist.
E-mail: This email address is being protected from spambots. You need JavaScript enabled to view it.