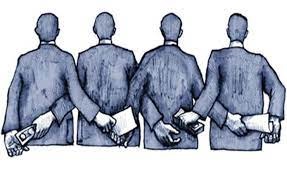 It did not help matters that corruption fighters, such as, those working at the Ghana Integrity Initiative (GII), the local Chapter of the TI, the Ghana Anti Corruption Coalition (GACC) and others endeavoured to explain that perceptions were always pointers to what pertained in reality.

Corruption is a slippery crime. One really cannot pin it to a concrete action or inaction, particularly in our culture where giving is an intrinsic part of social interaction; so the narrative has always been for those imputing it to prove but how can one prove it when those soliciting or demanding corruption are definitely not ready to own up and those offering it are also not ready to own up for fear of victimisation or losing that vital public service needed?

Thankfully, the United Nations Office on Drugs and Crime (UNODC), in partnership with the Ghana Statistical Service (GSS) and the Commission on Human Rights and Administrative Justice (CHRAJ), in its bid to end the ‘perception’ confusion when it comes to corruption, launched the Corruption in Ghana: People’s Experiences and Views (UNODC, 2022) last Wednesday, July 20, 2022.

It is heartening that the report talks about “people’s experiences and views”, those can’t be contradicted. Also heartening is the time the report has been launched, just a year to the end of the National Anti Corruption Action Plan in 2024.

The report is the “first comprehensive, nationally representative population survey on corruption in Ghana.”

“The fieldwork involved a survey of 15,000 respondents across the country, in all regions and in both urban and rural areas.”

So what is the relevance of the report, apart from ending the dispute about whether corruption is real or a perception in the country?

The report is a powerful advocacy tool. No longer can anyone argue that corruption is a perception. We now have the tangible proofs of people’s experiences and views about the canker.

The report presents a credible foundation upon which all other interventions in the fight against corruption gains traction.

Indeed, the national strategy on fighting corruption, the National Anti Corruption Action Plan (2015 to 2024), will benefit from the report in its review in about two years.

Public institutions that were surveyed will do well to take their sectors and analyse the information on how Ghanaians experience corruption while interacting with them.

For instance, the Police administration must use the information to find out the root causes of their men and women being at the top of the rankings of public officers who take bribes.

Subsequently, the administration within the NACAP must devise its sector specific strategies to deal with this.

When all is said and done, it will be defining in the fight against corruption to have the government also sharing with Ghanaians its views on this report.