NPP’s beard is on fire 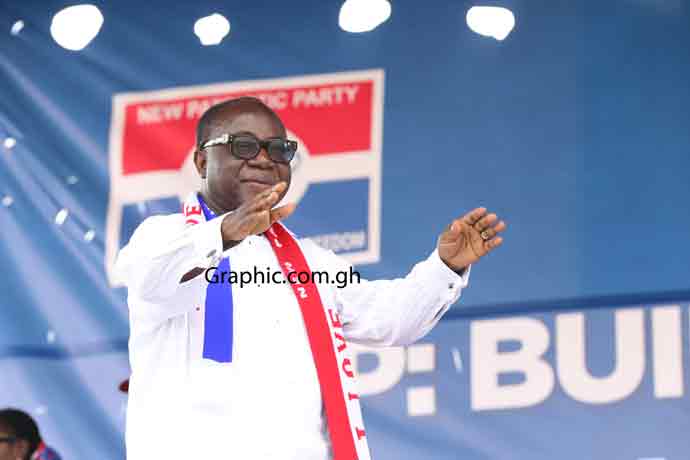 The New Patriotic Party (NPP) is in a fight of its life. Like Ghanaians’ rating of the National Democratic Congress (NDC) in the period 2014/2015, one does not need a poll to establish that the NPP’s current rating in the hearts and minds of Ghanaians has hit rock bottom.

Its die-hards will brush aside any caution, arguing that the party has seen worse times; for instance, it witnessed more violence in 2014/2015 than now, but still went on to win the 2016 election. They will refer to the fallout from the party’s 2014 congress from which Paul Afoko emerged National Chairman; the acid murder of Adam Mahama assailants, the suspension of the chairman and the General Secretary, Kwabena Agyepong, among others.

Critics, however, will remind NPP that the two epochs are not the same; that this time, they are in government and so will not benefit from the then unpopularity by the NDC government, whose unimpressive performance had plummeted its fortunes to the worst ever ebb.

NPP being reminded that its management of the economy, which won thumbs-up in the first three years of Akufo Addo’s first term, has been anything but impressive – to the point where today, people are openly wondering why the Finance Minister is still at post.

The fallout from the party’s on-going polling station elections have exacerbated the headache. Things are happening within the party that are unheard of in its history.

Painting over of the party’s colours with NDC colours in the Fomena constituency, the defections and threats of defection in the party’s stronghold are unprecedented.

Surely, the party is hanging on by its fingernails.

But, and this is a big but, are the protesting foot soldiers necessarily right? On the face of it, they are: e.g. fielding Honourable Asiamah in Fomena will be in breach of the party constitution; he having left the party to go independent in 2020.

Seems to me, however, that the foot soldiers, in their agitation, have overlooked a very important factor.

Had Asiamah not taken the very crucial decision to vote and work with NPP in Parliament, their beloved party would have been the Minority Group in Parliament.

Without his decision, there would have been an NPP President (Nana Addo) with a minority in Parliament.

The resultant compromises served to placate the NDC; leading to their surprise decision to approve all the NPP’s Minister-nominees.

From the brouhaha over the approval of the 2022 Budget and the on-going tug of war over the E-Levy thus far, there is no need to imagine the Akufo-Addo government would have found it impossible to govern.

The rampaging party foot soldiers in Fomena need to be reminded that without Asiamah, the party is helpless in the constituency.

In the next Parliament, an Independent Fomena MP could decide to vote and work with NDC!

In other constituencies, sitting NPP MPs are alleged to have bought the bulk of nomination forms, depriving others from filing nominations.

I find it strange that for a party that touts digitisation as its flagship, they needed such eruption of anger and threats of defection to wake them up to the need to access nomination forms online.

It is my hope that as NPP’s woes boil over, with its beard on fire, the other parties are placing water at arm’s length.

They should not behave like the proverbial salt which jubilated over the melting of shea butter in the noonday heat, forgetting that the rains will soon come.

Already, the Peoples National Convention (PNC) has been in and out of court over its National Executive Committee’s (NEC’s) purported dismissal of the party’s General Secretary in 2021 and the counter-suspension of the party chairman and the rest of NEC for corruption.

As I write, it is not known which of the two factions represents the party.

The CPP path, so far, is the way to go. In March 2016 Onzy Kwame Nkrumah filed an interlocutory injunction against the Chairperson, Nana Frimpomaa Sarpong Kumankuma, seeking to stop her from performing her leadership duties.

In January 2016, the same man secured a court injunction on the party’s national delegates congress slated for later that month.

So far so quiet on the NDC front, but who knows the heat under the calm surface?

What has occasioned all of above? “Winner Takes All”, including appointment of Ministers, Ambassadors, state CEOs etc.

To wield such power who wouldn’t kill to become President!