Nana, do you know Kennedy? 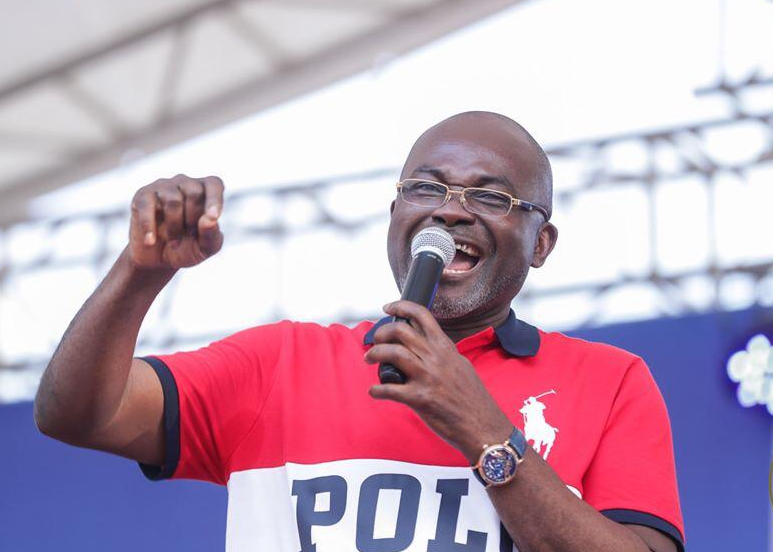 As a registered qualified voter who was among the 0.04 per cent (5,574) of those who voted for Madam Akua Donkor, I ask for answers.

I ask for answers from our President, Nana Addo Dankwa Akufo-Addo. Nana, in what circles do you know Kennedy? Is he your friend, political campaign financier or what?

What sort of ties bind the two of you apart from politics? How come you seem quiet anytime Kennedy causes a stir?

Why have you not dissociated yourself from his vituperative outbursts against all those he believes are against the ruling party and government? Do you call him to caution him?

Why does he go about consistently pushing down the throats of all Ghanaians, his views as the only truth?

Does he forget we are in a democracy and that I am entitled to my views too? In some advanced jurisdictions, Kennedy Agyapong might have been guilty of influence peddling and conduct contrary to the rules laid out in a law on the conduct of public officers.

In Ghana, he has been let loose, so to say, by the powers that be, for whatever reason, we are yet to know.That is partly because the Code of Conduct for Public Officers Bill is yet to be passed.

The bill is as a result of the work of the Commission on Human Rights and Administrative Justice (CHRAJ), which as far back as 2005 when it investigated a former Roads and Transport Minister, Dr Richard Anane, said, “The commission is concerned with the state of law on corruption in our law books…;” and suggested, "The commission recommends that the necessary processes be initiated to upgrade our laws to meet the AU minimum standards as contained in the AU Convention on Preventing and Combating Corruption and Related Offences.”

Since then, some steps have been taken. However, Ghana is yet to gain traction with its corruption laws. The code, when passed, for instance will ensure that systems and strategies promoting integrity and accountability among public officials are in place, as well as combat corruption and related misconduct like influence peddling, which is the use of position or political influence on someone's behalf in exchange for money or favours.

Till then, however, we have Mr Agyapong, a thorn in the flesh of Ghanaians, going on and on at his vituperative best, disturbing the peace of mind of all.

The MP for Assin Central and chairman of the Defence and the Interior committees of Parliament disturbs the public peace with outrageous statements.

In 2017, his allegations that the then EC Chairperson, Mrs Charlotte Osei, had traded sex for her position brought him widespread condemnation.

In January 2019, his call for anyone meeting Ahmed Hussein-Suale, one of the investigators of corruption in the GFA, to assault him, also raised condemnation.

Not long after, he was shot by armed men and died. MP Agyapong has continued in that obnoxious behaviour, calling for the beating of a Joy FM journalist, Ersatus Asare Donkor.

Indeed, in my layman’s view, his conduct is an affront to the ruling party. Is that how public officers are supposed to behave?

The least said about his insults to a colleague MP in Parliament, the better. I am convinced that Mr Agyapong peddles his influence as the chairperson of critical committees in Parliament, intimidating all others for the benefit of the ruling government, and that is not a mark of true leadership.

When one is convinced about a view or course of action and is able to allow others to either criticise that view or even take a different course, that is true leadership.

It is a leader having the 'stomach' for the varied and diverse opinions in a political system.

Please, Nana, if you know Kennedy, please call him to order. Our 1992 Constitution makes you all powerful, and it is for times like these that we wish you exert such power.

As President, you could call him to order privately and let your citizens have their peace. Imagine if we were all to be abusive like Mr Kennedy Agyapong, Ghana would be ungovernable!