My reflections on Joe Biden's mission of repair, reconcile and reconstruct 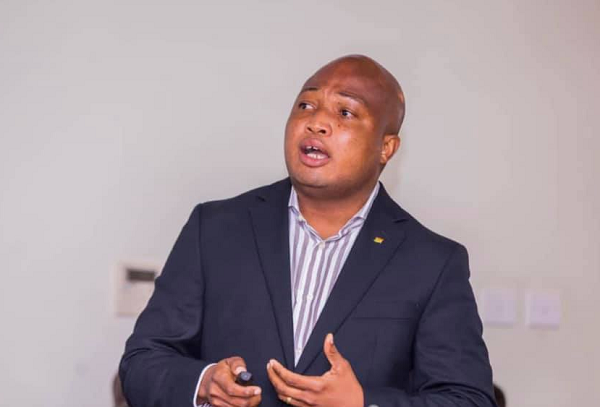 Joe Biden and Kamala Harris take their oaths of office as President and Vice President of the United States (US) of America at a time like no other in history. Many historians agree that not even the emergence of Franklin D. Roosevelt, who took office in 1933 during the great depression, compares.

They ascend the much coveted office as leaders of the free world at a time the world is in  untold turmoil, being ravaged by a debilitating COVID-19 pandemic, which has not only claimed more than two million lives, but continues to ruin the global economy, cause extreme hunger, increase unemployment, disrupt formal education and alter humankind’s way of life for good.

Sadly, on the eve to taking office, the US lost a 400,000th life to COVID-19, as that nation becomes the most afflicted by the insidious pandemic.

The international image of the US is at an all-time low. Trump’s willful incitement of insurrection on the Capitol, which earned him a place in infamy and a second impeachment by the House, has delved a near mortal injury to the democratic credentials of the US.

This has considerably whittled its soft power and undermined her moral authority and global leadership in helping to install democracy in many parts of the world, where the vestiges of dictatorship have not been fully exorcised.

It is not as though the US was enjoying high favourabilities abroad before the sacrilegious assault on the citadel of democracy by Trump inspired far right nationalists.

In September 2020, a 13-nation Pew Research Center survey showed that the US’s international image had plummeted to unrivaled depths hitherto unknown since the center began polling on this topic some two decades ago.

The publics surveyed at the time, viewed Pres Trump more negatively than other world leaders including Putin and Xi.

The poor showing must have been occasioned by the withdrawalism, isolationism and unilateralism, which have characterised Trump’s foreign policy and which he championed with much verve from how he discarded the Paris Climate Change Agreement, his spats with NATO, the contempt with which he treated the Iran Nuclear deal, the sore neglect of the African continent, his trade wars with China and Canada that reverberated across many trading corridors, quitting UNESCO, abandoning the UN Migration compact all the way to the shocking storming out of the World Health Organisation (WHO) in the midst of a pandemic.

It is also worth noting that Trump’s refusal to boldly confront institutional racism, which led to the killings of George Floyd, Breonna Taylor, Ahmaud Arberry, Tony McDade and many more, sparked domestic and international outrage leading to the Black Lives Matter movement becoming the most powerful and conspicuous mass movement of this era, as it staged impactful demonstrations in virtually every national capital and evoking memories of the civil rights movement Martin Luther King Jr. led in the 1950s and 60s.

MLK who was remembered this week, had famously pointed out: “a riot is the language of the unheard.”

I recall how a statement I made in the Ghanaian Parliament on this odious matter last year received intense bi-partisan condemnation and a forceful demand for justice and concrete reforms.

Joe Biden and Kamala Harris definitely deserve warm congratulations from the African continent, which bore the brunt of most of Trump’s isolationist, confrontational and erratic policies.

As Ranking Member for the 7th Parliament’s Committee on Foreign Affairs, I have had cause to be critical and outspoken about fractious and deeply worrying seeming transactional bilateral relations under President Donald Trump and President Akufo-Addo.

My basic thesis was that the Trump administration’s Africa strategy was neither positive nor effective.

There has been extant scholarship and commentary on this matter, and there will doubtless be a lot more. As with every administration, there were highpoints and low-points in the relationship, but overall, it is my considered opinion that Mr. Trump’s policies were bad for Africa, ECOWAS and Ghana.

President Trump’s African Policy will be remembered for his infamous impolite and unprintable description of countries on the continent, the travel bans, the thinly veiled insults to our leaders during his meetings with them in Washington D.C. and lately his disastrous interventions in the Nile Water crisis.

He will go down as the first President since 1992 to never undertake a visitation to the continent even though Ghana, Malawi, Kenya and Egypt were pleased to host First Lady Melania in 2018 on her solo trip.

In the midst of the greatest period of insecurity, fuelled by islamic radicals, where global cooperation is the obvious logical strategy, Trump made a monumental mistake by dismantling tactical multilateral security cooperation.

A major area of concern as the United States and the entire international community has been distracted by other issues are the eroding gains of Africa’s 1990s wave of democratisation.

Of the almost 50 constitutions that were enacted by African nations during that period, at least 30 limited the number of terms a president could serve.

Unfortunately, since 2015, no fewer than 13 countries have sidestepped or weakened term limits, as noted by the Africa Centre for Strategic Studies.

Yoweri Museveni of Uganda, who claimed victory in last week’s election is only a much recent example of a dangerous trend which is fast becoming fashionable, but with deleterious consequences for a continent with weak democratic institutions, when contrasted with other jurisdictions such as Germany which could afford to have Angela Merkel in office for 15 years.

Tracking closer home, for Ghana specifically, Mr Tump’s four years have been retrogressive with their impact being more acute due to the actions or inactions of the current administration.

Under the Akufo-Addo regime, opaque and controversial military agreements have been struck with the US believed by many analysts to be poorly negotiated in a one-sided manner.

That and a failure of broad based engagement and strategic communications has significantly chipped at the soft power attraction of America in Ghana.

There is anecdotal evidence of the hard-line immigration policies of the Trump administration hitting hard at citizens associated with Ghana in the US.

Due to disputes on deportation, the US under President Trump sanctioned the Ghanaian government and placed visa restrictions on Ghanaian citizens; a rather regrettable dent in Ghana-US relations.

Another concerning area of stress in Ghana-US relations, which to be fair to the Trump administration was necessitated by the shortcomings of the Akufo-Addo presidency is what later became known as the ‘PDS Scandal’.

This was during the implementation of the Millenium Challenge Corporation’s Ghana Power Compact which was to usher in a new concession agreement between the Electricity Company of Ghana and Ghana Power Distribution Services Ltd.  The eventual cancellation of the compact and loss of over US$190million has been wholly the doing of the Nana Akufo-Addo government.

This history of lamentation is thankfully over, and we can look forward to a reset. A reset for the world, a reset for Africa particularly Ghana and ECOWAS in this most important of relationships. The US matters.

The President of the US is crucial to the positive functioning of the globe.

It is my prayer and hope, that the victory of Joe Biden and Kamala Harris shall serve as a watershed moment for us all, and propel us to a place where world leadership will not be as the result of impertinent, irascible, immature tweets, but it shall be driven by careful, thoughtful, reflective and strategic deliberations.

President Joe Biden has his work cut out for him. His mission as I see it: is to repair, reconcile and reconstruct. Biden represents a refreshing break from the largely ignominious past four years.

He must offer hope in adversity and deliver the urgently needed leadership that brings down walls, that heals, that bonds, that values friendship and that stands up for the right principles not just in word but deed.

At the personal level, he has not been a stranger to tragedy and crisis and his character has been shaped by the loss of his first wife, an infant daughter and a grown son.

America and the world could count on him to lead us through these daunting times.

Biden must quickly return the United States to the international arena by ensuring that the pandemic response is a truly global one which benefits humanity in general vaccines should be available to all and not only rich western nations; respect for the science of climate change and return to the Paris Agreement is paramount; a positive Africa-US policy anchored by fair trade and new AfCFTA dynamics is an imperative and the discriminatory targeting of African and Muslim migrants must end.

His Vice President, Kamala Harris should not be oblivious of the hope and inspiration she represents to many African young girls by the remarkable history she has made by becoming the first black female Vice President of the United States of America.

She has the power to translate the hope she has ignited into a golden period of opportunity for black girls everywhere who continue to be held back by centuries of structural barriers.

There is a silver lining one can come to a firm conclusion that recent dark events in the US which brought them on a close edge of the precipice has showcased the resilience of its democracy.

The other poignant lesson to other less influential countries in the comity of nations is to learn to be self-reliant and self-sufficient as nations cannot continue to be dependent on wealthy counterparts for this may not be the last Trumpian era and we must all take cognizant of the fact that nationalism is on the rise within many political parties in the west.

May the lessons of this epoch-making years guide us into a more assured, equitable, fair and just future.