Moments on the journey to independence - ‘The Monsoon holidays’ 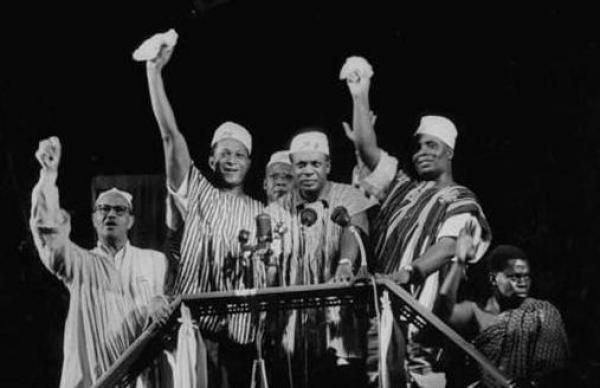 On September 21, 2016, Ghana Television aired a programme on “The values of the Government of the First Republic led by Oseagyefo Dr Kwame Nkrumah”. Those on the panel were Mr Baafour Kwabena Senkyire, who served in the government of the First Republic, and Nana Essilfie- Conduah, a seasoned  journalist and a “political historian.” The programme was moderated by Dr Brenyah.

In my opinion, the programme must have been nostalgic for those who lived through that period, and educative for those who did not.

Nana Essilfie-Conduah highlighted two issues I wish to comment on. He stated specifically that Mfantsipim students did not take part in the strike; because its headmaster at the time, Mr F.L Bartels, would not allow them to participate in the demonstrations and strike.

I am a member of the 1962 class of Mfantsipim School. I wish to point out that the records of the Mfantsipim School and also the published and the unpublished works of some old boys who were at the school in 1948 state categorically that they took part in the students’ strike of Cape Coast in 1948.

In the memoirs of Mr F.L. Bartels entitled, “The Persistence of Paradox,” he states this clearly in pages 125 to 126, [Ghana University Press 2003], Mr Bartels writes in reference to the reaction of the school pupils of Cape Coast to the arrest of the “Big Six” as follows:

“For Mfantsipim, the most significant event was the arrest by the government of six of these leaders and its aftermath. The pupils of Mfantsipim and two local Secondary Schools, Adisadel and St Augustine’s colleges, came out in demonstrations and strikes on Monday, March 15 1948.’’

A striking feature of the demonstrations was that the prefects, whom the headmaster trusted, were the schemers of the plot; their retreat to the Administration Block, apparently after being chased by the rest with sticks and shouts of ‘’we want our petition signed’’ Was all part of the game.

That was what Mr Bartels, the one that Nana Essilfie-Conduah claims would not allow the pupils of Mfantsipim school to participate in the demonstrations and strikes of March 1948, wrote. There is more but space will not allow me to quote in extenso.

Mr Bartels himself writes in his memoirs that he left the school and country in May 1946 on British Council Scholarship to the United Kingdom for the course of studies leading to his teachers Diploma and Master’s Degree. He finally returned to the country at the end of September 1949 (pages 94 and 128 of his memoirs).

This means that the assertion by Nana Essilifie-Conduah that Mr Bartels was the headmaster as at that time was untenable, with other sources such as “The Biography of Justice G.E.K. Aikins, a former Attorney-General of Ghana and a Supreme Court Justice, which he could not publish before he died, bearing that out.

He was a student of Mfantsipim at that time. He recounts that the students of the three Cape Coast Schools, namely; Mfantsipim School, Adisadel College and St Augustine’s College were having school sports at the Victoria Park, Cape Coast when the news broke that Kwame Nkrumah, who was then in Cape Coast and was staying at Russell House, had been arrested. Their reaction to this news was a spontaneous strike action at that very moment at Victoria Park. The students continued the next day. They all trooped out from their schools into Cape Coast town.

The leaders were some of the members of the class of 1948 of Mfantsipim which included the late Dr Chinebuah who served in the government of the first and third Republics, the late Rev. Prof. Emeritus K.A. Dickson of the University of Ghana who served as President of the Conference of the Methodist Church Ghana, Mr Sachi Scherck, who served in the Second Republic, and Justice Aikins himself.

One cannot talk about the student strike without mentioning the name of H.W.K.A Sackeyfio later Lt. Col. H.W.K.A Sackeyfio (retd.) of the Ghana Army. He was the student from Mfantsipim who was dismissed like Kwesi Plange and others from the other two schools for their participation in the strike.

Others such as Kwesi Plange, H.P. Nelson, J.J Mensah – Kane became pioneer student teachers of the Ghana National College, the school which the student strike gave birth to. Luckily, there are some of the participants from Mfantsipim still alive and they include Dr. Moses Debrah, formerly of our Foreign Ministry and later head of the Civil Service, and Dr Quarmyne, an internationally renowned telecommunication expert, who was one of the specialists who started television broadcast in Ghana.

The fact must also be stated that the three schools which took part in the strike were all closed down by the Gold Coast Educational Department, and in the case of Mfantsipim, it was reopened after three months through the intervention of Rev. Gadiel Acquaah, Mr Alfred Chinebuah and an eminent Cape Coast Lawyer, Mr Myles Abadoo.

They were all, however, allowed back after they had all signed bonds to remain of good behaviour for the rest of their stay in the school.

The students, on their return to school, gave their forced holidays the catchy name “the monsoon holidays” which is why it is included in the title of this write-up.