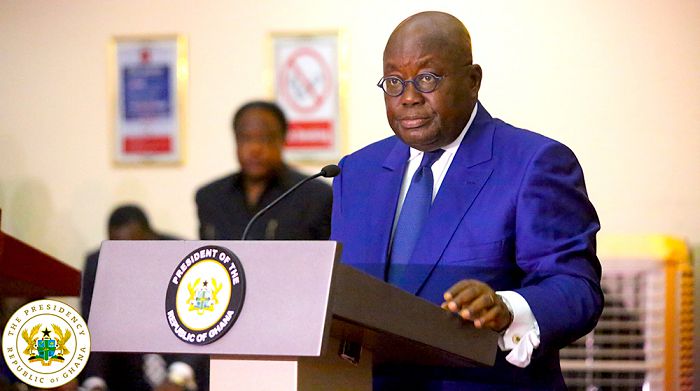 Mr President, I greet you again. I wrote to you less than a week ago. My letter got to you on Saturday courtesy the publication on page 11 of Saturday, January  9, 2021 edition of the Daily Graphic.

In that publication, I indicated that I was going to be the citizen that you implored us to be by speaking out on national issues.

I promised you that I was going to constantly tell you every gossip in town; remind you about your social contract with the people of Ghana; put the spotlight on the enemies of the nation; and also update you on how your policies are impacting lives.

Mr President, my initial plan was to write to you fortnightly. However, I find the need to break that protocol in the national interest.

I know that you are going through a very difficult moment now to put together a team of ministers that will help you to deliver on your mandate to the people of Ghana for the next four years.

You are doing this in compliance with Article 78 of the 1992 Constitution that requires you to appoint ministers to help in managing the affairs of the country.

Article 78(2) of the 1992 Constitution also states: "The President shall appoint such number of Ministers of State as may be necessary for the efficient running of the State."

I am sure that the list of nominees for various ministerial portfolios will be unveiled very soon — it could even come out before this letter gets to you.

At this critical moment, I am sure a lot of strings are being pulled from all angles regarding who you should appoint to which ministry.

There are those "professional lobbyists" who would be seeking to make a case to you on why a particular person needs to make it to the list of nominees.

They have perfected the art so well that they know which card to play to their advantage.

Aside from the ethnic, regional, gender, religious and other balances that are usually considered in making ministerial appointments, these lobbyists have a thousand and one cards up their sleeve to manoeuvre their way through.

So also are there "shot callers," usually within your circles, who will also be coming to the party with reasons why some names cannot be sidestepped.

This group are great influencers because they may have had their fingers in the making of the pie, and so, believe that once they paid the piper, they should call the tune.

This is a tendency that has found adequate space in our democratic process so you cannot be blamed for it.

The appointment dilemma even become more pronounced because there is another group of people that are genuinely competent and cut for the job, making it difficult for any President to overlook them.

Even as you grapple with this compendium of dilemmas, there is news making the rounds that many of the ministries that were carved out in 2017 are being scrapped to limit the number of portfolios.

At least, there are rumours that ministries such as Information, Fisheries, Sanitation, Aviation, Business Development, Monitoring and Evaluation, will no longer be stand-alone ministries.

I do not know if this is true, but I pray it should; because there are clear cases of duplication of roles, making the arrangement counterproductive.

If this idea of merger of ministries is carried through, it means that the number of ministers and deputy ministers will be sliced down considerably.

This will compound the challenge of appointing ministers in a manner that will suit major interest groups.

Mr President, even as you strive to scale this hurdle, the most important thing is to put the national interest above all other considerations.

In your first term in office as the President of Ghana, one of the genuine concerns many citizens had was the large size of the government that saw over 120 persons appointed as ministers and deputies.

There is an opportunity to reverse the trend now to optimise the use of the country's resources.

An average-sized government with competent appointees who are dedicated to serve their country and leave a mark for posterity is far better than a bloated government that creates room for appointees to pretend to be working.

I do not want to bore you with a lengthy write-up, except to tell you that some of the appointees in your previous administration have fallen out of favour with the citizens.

I'm sure you know about this and will take appropriate steps to appoint persons who can deliver on the mandate Ghanaians gave you.

I will write back to you when the list of ministerial nominees are released.

May God grant you the courage to do only what will keep Ghana in the positive light.