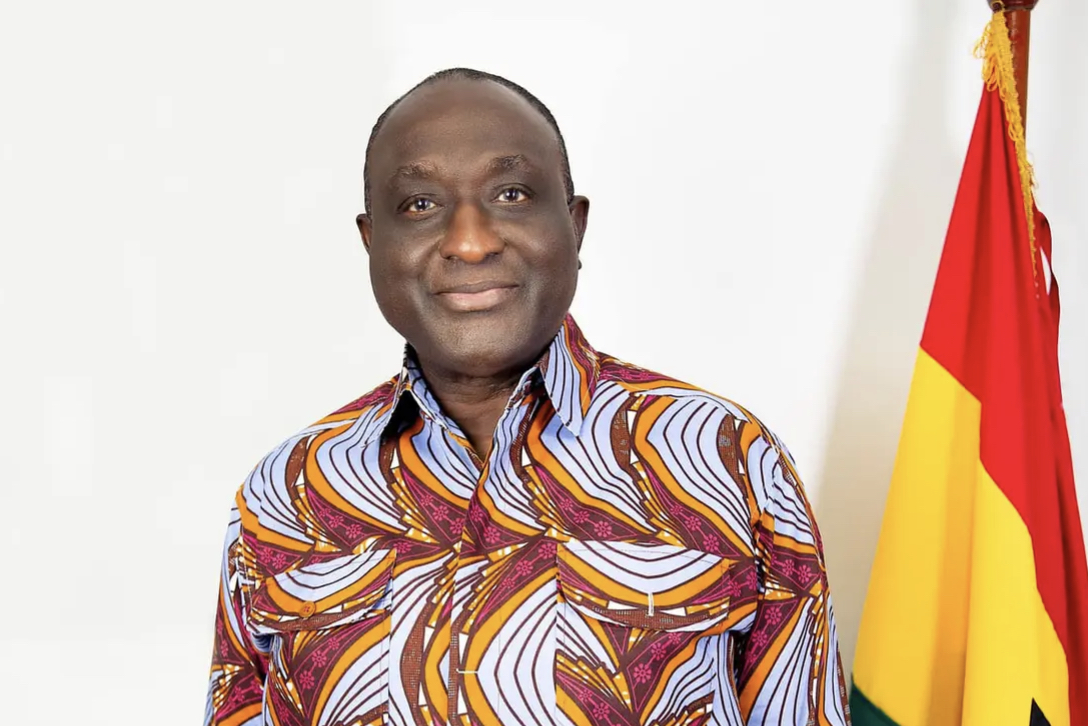 Sometimes I wonder: is God taking us through a school of pain? For how long, despite the countless number of National Days of Prayer and Repentance?

Looking at the array of people offering themselves for President, my fear is that the pains are not about to end soon.

Why, people who have fared miserably when entrusted with one only ministry want to convince me to trust them with the whole Ghana! As if incompetence was not enough, we are having to choose between politicians, some of whom have nothing to offer other than foul language. There are things money cannot change; they include the leopard’s coat.

Do you have Presidential ambitions? How many delegates have looked you in the eyes and told you, you are good material? Are you sure of their sincerity? The Romans used to say, “Stulti est se decipere”, to wit, “Self-deception is the mark of the fool.” Aren’t you thinking more highly of yourself than you should?

Having said all of above, I must confess Alan Kyerematen’s first Presidential Address was impressive.

For a first speech to a people who are acquainted with disappointment and therefore cringe at words, however, my advice would have been to avoid being pedantic. Words such as “macro-economics” scare us now. Also, who doesn’t know that “our economy is highly dependent on the export of commodities with little or no value addition.” Words!

His speech writer should have anticipated how many people would switch off their sets on hearing economic analyses based on “COVID-19 pandemic and the Russia-Ukraine war”.

If there is one thing Ghanaians are tired of, it is excuses.

Finally, which Ghanaians do not know that ‘Planting for Food and Jobs’, only ended us up at the ministries to buy plantain and yam brought with government-fuelled transport? We are still importing tomatoes from Sahelian Burkina Faso. That’s failure!

Great speech, though. It was written by a man who knew that his umbilical cord was tied to Akufo- Addo’s government but was wise enough to note that “there are things that could have been done differently”.

Welcome, the launch of the promised GREAT TRANSFORMATIONAL PLAN (GTP) OF GHANA spanning the period 2025 to 2030. Particularly welcome is the New Agricultural Revolution (NAR) for Ghana.

For my money, give me a President who will “lead the private sector to establish licensed food distribution and marketing companies throughout the country at the district level, to constitute a vital link between farmers and market queens in the urban and peri-urban areas”. I must confess I don’t know how “digitalised food distribution and marketing online platform” work; all I care about is the feasibility of “connecting producers to buyers and consumers.”

It is refreshing to hear a Presidential hopeful promise to de-regulate the cocoa sector by “deepening private sector participation in the buying and marketing (including export) of cocoa”. That’s the nail on the head, right there! Aren’t we tired borrowing money every year to buy cocoa? Borrow, perhaps, yes; but Alan says it must not be by government?

I welcome the ‘OPERATION OWN A FARM’ proposal for all Ghanaians. To succeed, however, Alan (or his Agricultural Minister) must read Frank Apeagyei’s call for a KIBBUTZ revolution. Mark the words of this PR guru: farming will fail if the farmer does not own the land on which he or she farms. That’s the first one. The second is that “you cannot make a farmer out of a salaried worker. Period!”

By far the greatest point in the Alan agenda is his plan of “promoting private sector financing for public infrastructure such as roads, railways, ports and harbours, water supply systems, public housing” But why for Alan? Can we begin even now?

For the average Ghanaian, however, the big take-away is Alan’s promise to down-size government; that under him “the architecture of government will be overhauled by consolidating some existing ministries, departments and agencies.”

Welcome the ‘ALAN K PRIME TIME TALK SHOW’. Cut out propaganda on that programme when it comes on stream. After 31 years of Fourth Republican lies and corruption, Ghanaians know when they are being deceived.

For a candidate who has been perceived, since 2007, to be so wealthy that he literally sprinkles money around, it is instructive; indeed, a good sign that the man we all call “Allan Cash” is going around with cup in hand to solicit coins from the masses, saying “ketewa biara nsua” to wit no amount is too small.

News flash just at the time of submitting this article to Daily Graphic Agric Minister has also resigned.

We are waiting for Joe Ghartey, but it looks like we must deem him as having indirectly declared already. Remember his warning in the ‘Daily Graphic’ last year, that “anybody who thinks (the contest) is a done deal for Bawumia or Alan is fooling himself”.

The writer is Executive Director,
Centre for Communication and Culture.
E-mail:This email address is being protected from spambots. You need JavaScript enabled to view it.