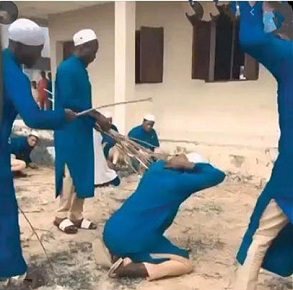 Violence has no religion
30.5k Shares

Accounts of Islamic ethics often presuppose different, sometimes incompatible understandings of the ethical and its relationship to law and to politics.

Whereas ethics is related to the normative question of what one ought to do, social ethics presupposes understandings of the individual and of the community.

A famous distinction that I would like to recall here to frame the discussion is that between ethics of conviction versus ethics of responsibility (Max Weber).

The distinction between these two types of ethics can be illustrated in a well-known eighth century story of a goldsmith in Merv, the historical Iranian city.

In the year 749 AD, the rebellion which was to overthrow the Umayyad dynasty had already been launched. The Abbasid dynasty army was advancing on Iraq, while the architect of the revolution, Abū Muslim remained in Merv, effectively ruling Khurasan.

His exercise of executive power was nevertheless challenged by a local goldsmith called Abū Is-hāq.

The goldsmith went into the presence of Abū Muslim and addressed him in these words: ‘I see nothing more meritorious I can undertake in God’s name than to wage holy war against you. Since I lack the strength to do it with my hand, I will do it with my tongue.’

‘But God will love me, and in His name I hate you’. Abū Muslim killed him instantly.

It turns out that the goldsmith was a known devotee of ‘Forbidding Wrong and Commanding Right’ (al-Amr bi-l Ma‘rūf Wan-Nahyi ‘ani-l Munkar), who had engaged some Muslim scholars in discussions about the topic. They had agreed that it was a divinely imposed duty (Fard al-‘Ain).

The goldsmith proposed then and there that in pursuance of this duty, he should give his allegiance to scholars he followed and imitated – in other words, they should embark on a rebellion.

The scholars, as might be expected, would have nothing to do with this proposal.

The goldsmith is a pious craftsman fully committed to his religious principles. He represents Max Weber’s principled ethics, or ethics of conviction.

The significance of this story, fast forward, is a Muslim who blindly act on the words of his or her preferred scholars would merely get killed and achieve nothing for the Islamic faith.

A discerning Muslim with sufficient understanding of the faith, on the other hand, might be able to achieve something for himself and the Muslim community.

The principle of efficacy is an example of an ethics of responsibility, embodied here by progressive Muslim scholars, attentive not only to the moral status of acts but also to their consequences.

This ‘short story’ is interesting for us because it shows the rationale that underlies a practice that is much maligned today in Islamic communities in Ghana.

Although Ghanaian Muslim communities have historically been hierarchically structured, the misinterpretation of ‘Commanding Right and Forbidding Wrong (CRFW)’ reminds us of the puritanism that lies in the heart of Political ‘Ulamā. But how did Muslims in the pre-modern world debate the scope and limits of CRFW?

What was the social basis of it? I moot these questions because the specific socio/politico struggles in which the command was put to use are rarely explained by many Ghanaian Muslim scholars.

The issues of stopping wrongdoing, who has the right to stop it and if it is allowable or not, are some of the most important and precarious issues that have given rise to much controversy in Muslim communities across the globe. Some are of the opinion that only those in authority have the right to literally stop wrongdoing.

Otherwise, everything will fall into a state of chaos and affliction, and strife will sweep humanity at large. Others are of the opinion that every Muslim not only has the right but also the duty to stop wrongdoing.

Misinterpretation of this Prophetic statement has urged some over-enthusiastic Muslim youths to act on the spur of the moment to try to change whatever they perceive as wrong with their hands or tongue, regardless of the consequences.

These are youths who are easily swayed toward rashness, extremist passion and superficiality in their interpretation of the texts and don’t pay attention to their interrelations.

In a bid to attaining the ‘highest form of faith’, some Muslim youths at the sub-regional and international levels have taken it upon themselves to stop leaders and/or sovereign states they perceive to be engaging in wrongdoing, with their ‘hands’ (acts of terrorism) and/or with their ‘tongue’ (blatant threats).

Modernity has transformed the ground on which CRFW now takes place. Contemporary Muslim Scholars who wrote about the practice acknowledge this transformation when they list accusations of reactionaries and backwardness.

CRFW becomes understood – both positively and negatively – as a means of social control, and an infringement on personal freedoms.

The modern nation-state, with its extensive powers and ambitions, has tended to incorporate a central dimension of CRFW through education, media, policymaking, etc. In effect, one of the most significant modern transformations of CRFW has been its extension in the political sphere.

The Ottoman – Tunisian Islamic scholar, Khayru-d Dīn Pasha, sets up an analogy between, on one hand, representative assemblies and, on the other, the duty of Muslim scholars and notables of the Islamic world to engage in forbidding wrong.

In both cases, the point is to check the arbitrary behaviour of rulers. The Syrian scholar, Abdu-r Rahman al-Kawākibı sees representative assemblies as entirely in accordance with the Hadīth. Egyptian scholars, Muhammad Abduh and Muhammad ‘Imara, find in the Hadīth a basis for government by a representative assembly such as is found in liberal democratic states, including Ghana.

Over the course of the 20th Century, CRFW will also become associated with the press. Muslim Scholars claim that journalists and media practitioners fulfill this duty by serving as watchdogs on the three arms of government, and bring to the fore wrongs and wrongdoers for the relevant institutions to act on them.

Thus, as the practice of CRFW has come to be reshaped by contemporary situations, it might also improve on Islamic political thought and address tensions specific to extremism and terrorism.

The writer is Founding President, Centre for Islamic Thought and Civilisation. E-mail: This email address is being protected from spambots. You need JavaScript enabled to view it.