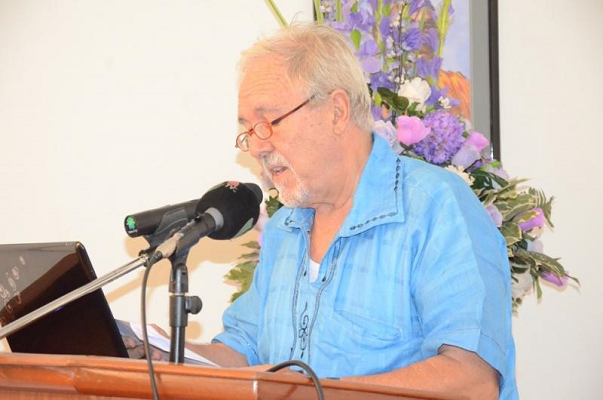 Highlife has become, for those beyond half-a-century old, the music of nostalgia.

Its peaked lyrical powers of the 1960s and 70s have turned into historical memories.

With the transition from the Gold Coast to Ghana in 1957, pride and the creative arts – more particularly music – became the framework of so much Pan-African thought, especially in Anglophone Ghana and Nigeria.

The same attended the compositions of Francophone music from Benin to Senegal and the small island nations across the Indian Ocean. One of the elements of colonialism’s overcome was for sure the musicality of its outlook.

The maleficence of the political class, social malaise of bad marriage, uncertainties of sojourners, proverbial realities of livelihoods — Who Knows Tomorrow, Life is What you Make of it — fate and the many mysterious ways of God engaged the minds of deceased composers.

But these social incidents in different, changing scenes have new interpretations in the compositions of new highlife into the third decade of the century.


It had done tremendous journey from its palm-wine leisure drinking roots (the so-called Palm Wine guitar) of folkloric immemorial.

And much of this is known through the publication of the third edition of Highlife Time 3 written by the music historian and professor at the University of Ghana, John Collins.

The first two editions of the book were published by Anansesem Publications.

This publishing house from the late 1990s did so much good with the Around Ghana magazine. It documented the tourism economy and leisure, as well as biographical accounts of individuals that included E.T. Mensah’s.

This third edition of 64 chapters under broad-based sections of 632 pages on occasions of a mix of history of music other than strictly highlife, is a collaboration with a new publication company — DAkpabli & Associates —founded by two Ghanaian writers. It takes us to the evolution of this brand of music and its avant-garde composers.

It is most interesting that the prologue to this edition is the present looking into the past and that Ebony, (Priscilla Opoku Kwarteng) who passed on a couple of months ago, is discussed; as are Shatta Wale, Okyeame Kwame and others before their occupation’s history begans.

Collins reminds us of his own changed thoughts. Between the second edition in 1996 and the third of 2018 he writes:

“… a lot of young artistes were influenced by electronic disco and hip-hop were no longer performing live on stage with bands….

In this third edition, I mention a return to live musical performance by hiplife artistes that began from around the year 2000 with free-styling GH rappers and artistes like Sidney, Obour, Okyeame Kwame and many others.

Live shows are now common, whether performed on stage by hiplifers or by newer generation of contemporary highlifers, rap poets, dancehall musicians, and also by Afro pop divas, many of whom have been trained in church choirs.”

With this proviso starts the historical re-count in 10 chapters of guitar band and concert parties, the well-known tune of Yaa Amponsah, from which the fundamental base was established through some of the early masters such as E.K. Nyame, Kobina Okai and Nana Ampadu.

The second section of another 10 chapters focuses very much on the 1960s and 70s of ET Mensah, the King of Dance-Band Life, The Tempos and travels in West Africa, not to forget King Bruce and The Black Beats and Saka Acquaye to the Republic of Benin where the music of Ignace De Souza is remembered for its French influence.

The third section — Interaction Between Highlife and New Traditional Music — looks at Twi, Ewe and Ga lyrics of the time, with the fourth section, Back to Roots devoted to the music of Koo Nimo, Kofi Ghanaba, Kwesi Asare, Jerry Hansen, Joe Eyison, Joe Mensah, Gyedu Blay-Ambolley and the Wulomei and the Ga Cultural Group of Explosion.

Section Five — Outside Influences from the 1950s — features Louis Armstrong in Ghana, pop music and impact, as well as soul-to-soul to Afro-music and of Reggae and Afro-Reggae.

A whole chapter is devoted to contribution to highlife but under the inexactitude, The Gospel Explosion and Women on Stage.

Today, few of these women, including the octogenarian resident of Kumasi, Ama Bonsu (the nobility of her beauty and the evocation of that string of lyrical romance of the song ‘alomuo se woye swinging safari’ by The Ramblers Dance Band) are alive.

The usefulness of this book lies in its third attempt to deepen the history of highlife across West Africa; and so apart from its evolution and biographies of some of the composers, there are also some significant producers and investors, including the Lebanese, Faisal Helwani, who is singularly (not in the book though) credited with making a street beggar with musical talents — Onipa Nua — an international star.

In doing this and because he also knows so much of his subject and worked with some as a biographer, - Fela and E.T. Mensah among others, or playing the harmonica, curating for the BBC the series — In the African Groove — or as the British colonial officer dramatist in Fela Kuti’s The Black President, Collins becomes ‘too much”; for an uneven historical development narrative of West African musicology; and from one whose British father did so much for historiography in post-independent Ghana at Legon, hence preservation is inborn.

Collins’ discussion getting to the end of the book touches on computerised highlife, highlife imagination and MUSIGA’s role in the creative industry.

The first connects to the digital age we live in and how ICT has changed everything, including artificial intelligence (not his description) on music production. Not long ago, the BBC World Service did a radio documentary on the best — record of all times in Africa — Sweet Mother from Nigeria.

The over 100 million copies sold (not to add the pirated version) saw the travel musical fill stadiums with capacities of 60,000 to 100,000 across the continent in what is described as the most successful musical label ever of its time.

But that was pre-digital.

MUSIGA’s role which concerns Collins is in digital times and in my view should look into sustainability.

They should look into the infrastructure developments in the regions and some of the semi-completed building projects it embarked on years ago which are under suspension as litigation, small inconsequential quarrels and in some cases, extractive fame hold their time.

For as today’s ‘youth,’ they will get old tomorrow as one of their kindred says in a song of a toad (not in a sexist contest in this) which grows to become a frog.

This human bearing is what has produced history — Anansesem Publications Limited of Dr Charles Wereko Brobbey, who is receding in active public service and the transfers or co-publishing rights of records to a new generation— DAkpabli and Associates.