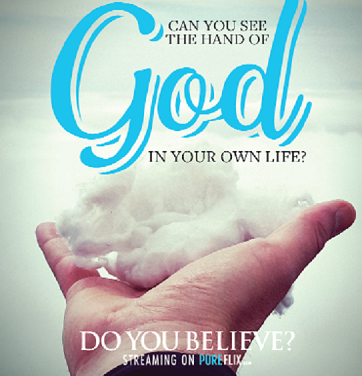 To my readers, I wish you a Happy New Year! May 2021 and beyond be an improvement over the year we have just laboured through! On the first weekend of 2021, my wife and I attended a thanksgiving service of a friend on his 70th birthday.

As I planned the trip to his residence at EMEFS Estates, Afienya-Mataheko (beyond Michel Camp), I realised I had to drive through a recent “dangerous territory” where even a Warrant Officer in uniform could be beaten and handcuffed in broad daylight by “V8-people” for not doing a hop-step-and-jump over other vehicles to give way to the super-humans on board their V8s.

After careful consideration, I decided not to drive, but hire a taxi. Among the Terms/Conditions of Service for my taxi-driver, I told him to hold himself in readiness to take all approaching slaps on my behalf from V8-people we might inadvertently offend.

Having arrived at EMEFS without incident, the thanksgiving service started with military precision at exactly 10 a.m. as planned. The preacher was a retired Lieutenant-Colonel colleague of ours who is now a Rev. Professor. He chose for his theme the topic: “The hand of God!”

Being a football loving Ghanaian, my mind went straight to the Argentine footballer Diego Maradona with the mention of hand of God by the preacher. At the Mexico 1986 Football World Cup, he scored a goal with his hand against England in the quarter-finals and eventually won the World Cup for his country Argentina! Asked how he managed to cheat so successfully without being caught, he said it was “The Hand of God”.

The preacher’s theme was certainly not the Maradona-type hand of God!

He explained how the hand of God directs and guides our lives without us realising it. Often, we attribute the good things to luck. He then related it to the celebrant, and thanked God for him for the significant biblical three-score-and-ten years.

The celebrant gave an account of the ups-and downs of his life, including two potentially fatal road traffic accidents. The hand of God was at work. He said he was happy he had attained the age of 70 by the grace of God.

When it came to my turn to congratulate my colleague, I stated that he had every right to be thankful to God, as not everybody makes the age of 70.

I then told the story of a colleague we visited in December 2018. Though unwell, he was his usual chatty self. He told us his 68th birthday was a week away just before Christmas. He had, therefore, bought a goat which was going to be used for kebab and light soup on his birthday. He confirmed his invitation to us.

He then told us that on his 68th birthday, he would request God to add only two more years to his life so he would hit the biblical three-score-and-ten years. That same night, he was rushed to 37 Military Hospital. Three months later, he died.

I also recalled my first close shave with death. On my first peacekeeping mission in 1975 with UNEF 2 in the Sinai Desert, I was shot at point blank range following a misunderstanding with an Egyptian soldier.

During the altercation, I walked away from him. Just when I was mounting my jeep, I turned to take another look at this insolent soldier.

Two quick shots he fired rang past my left ear. He had aimed at my right temple, which would have ensured the blowing off of my head! It was the inexplicable turn of my head to the right which averted being hit in my head. It was nothing short of Divine Intervention! The hand of God was at work.

The preacher reminded us of Psalm 90, verse 10 about how short life is. It states: “Our days may come to 70 years, or 80 if our strength endures. Yet the best of them are but trouble and sorrow. Soon they disappear and we fly away!”

Finally he asked us to remember life is short. What is important is the legacy one leaves, not material acquisitions, for a good name is better than riches!

Let the Hand of God direct and guide us all!