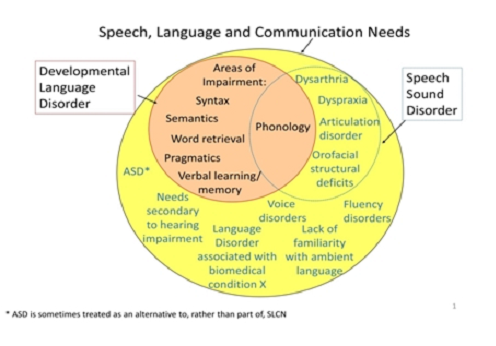 Learning to speak involves learning to combine sounds in a language. Some sounds develop earlier than others as the child grows.

Research shows that by four years, most children clearly say all the speech sounds in their language.

It is estimated that two to 13 per cent of children have some sort of speech difficulties.

Speech difficulties are reported to be quite common in early childhood. Some children can have difficulty saying sounds clearly and may need help to do so.

A child is said to have a speech sound disorder if they are unable to make the expected sounds by the expected age.

A child with a speech sound disorder may add sounds that are not supposed to be in a word, omit some sounds in words, say a sound differently or replace a sound with another sound, have interruptions while speaking, sound nasal (as if talking through their nose), be excessively loud or use a soft voice.

Sometimes it can be difficult for others to understand what a child with a speech sound disorder says.

However, it is important to note that when children begin to talk, some of these errors are ‘normal’. They typically replace sounds with others in words at an early age such as /nanana/ for ‘banana’, /tu/ for ‘shoe’, /lelow/ for ‘yellow’ or omit sounds in words such as /kul/ for ‘school’.

The reasons why a child may have difficulty with sounds are varied. These include the following:

• The muscles involved in the production of speech may be weak.

• The brain may be having difficulty sending messages to muscles in the lips, jaws, teeth, tongue etc. when and how to move to the right spot (known as childhood apraxia of speech).

• Children with certain conditions may also have difficulty with speech sounds. These include down’s syndrome, autism, cerebral palsy.

• Children with hearing loss are more likely to have difficulties with sounds as they may not be hearing the sounds well.

One of the first things often recommended for children with speech sound disorders is to have their hearing checked.

Speech and language therapists (SLT) are trained to help children with speech sound disorders. The SLT will initially gather some background information about the child to get an understanding of the child’s difficulties (as perceived by their family), how their speech difficulty may be impacting on their lives, their environment, family history among others.

The next thing the SLT will do is to carry out an initial assessment to find out the nature of difficulties the child has.
Assessment includes taking the child through certain task or activities to identify their difficulties. This includes looking at the child’s face and in their mouth to see how the structures involved in speaking are working.

They may also record the child’s speech and analyse it later to identify any errors being made by the child.

Following assessment, they will develop an intervention plan for the child, and this may include regular therapy sessions to help with the sounds they may be having difficulties with.

Some children with a speech sound disorder may live with it all their lives but therapy is likely to help them make progress.

If not supported, children with speech sound disorders are likely to have difficulties with reading and writing.

This will greatly impact their academic performance and general quality of life.

The writer is Speech & Language Therapist/Clinical Tutor,
University of Ghana.