Skin bleaching can be harmful to health, avoid it 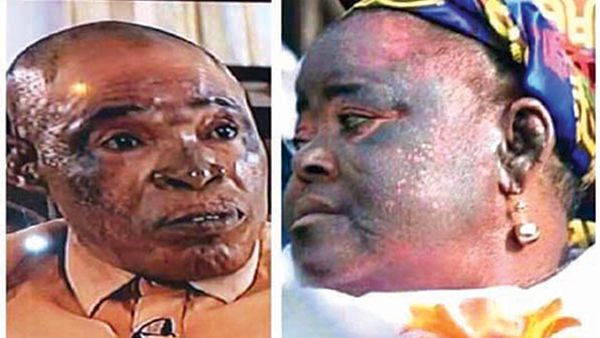 Skin bleaching, also termed as skin lightening or skin whitening, is the practice of lightening the skin or changing skin colour through the use of various chemical substances.

Oladele et.al (2020) also defined skin bleaching as the act of using steroid- and chemical-containing products to lighten the skin.

It has been established empirically that skin-bleaching chemical substances are capable of reducing or inhibiting melanin production and concentration in the skin. Melanin is the pigment that accounts for the colour of human skin, hair and eyes. In essence, dark-skinned people have more melanin in their skin than light-skinned people.

Historically, skin bleaching has been an age-long practice in many parts of the world, including but not limited to Asia, Africa, America and Europe. Researchers found in Asia for example that efforts to lighten the skin dates back to 1500s.

Historian Evelyn Nakano Glenn linked body bleaching among African-Americans to the history of slavery. She asserted that light-skinned African-Americans were deemed to be more knowledgeable and skilful than the dark-skinned ones. Accordingly, some studies established a certain level of positive correlation between paler skin and various forms of social standing and mobility.

In Africa, skin bleaching is found to be more common among women than men. About 80 per cent of African women were found to be regular users of skin-bleaching products.

In Ghana, skin bleaching is common despite its harmful effects on the human body. Some people, especially women, over-bleach their skins until their faces and other body parts become sooty and their facial beauty fades. However, this stark occurrence is not a forewarning to people who desire to bleach.

Perhaps another strange aspect of skin bleaching in Ghana is that some people mix and apply to their skins, various soaps and body creams just to transform into a fair or paler complexion.
In my view, bleaching is needless. God made the human skin to protect the body. To me, therefore, the skin must not be bleached just to enhance its beauty. I also think that bleaching among dark-skinned people is a sign of inferiority complex, thereby giving superiority to the white or light skin.

This is because we do not see the reverse situation whereby light-skinned or white people apply certain chemicals to their bodies to become dark-skinned.

The persistent use of skin-bleaching products causes visible and less visible skin damage, scarring and some serious damages to the kidney, liver and other bodily organs according to experts.

Most of the identified harmful effects of skin bleaching are attributable to various chemical substances used to produce body-bleaching creams and soaps. Some of these chemicals include hydroquinone, mercury, chlorine and kojic acid.

According to Dyall-Smith and Scurry (2014), hydroquinone is considered a primary topical ingredient for inhibiting melanin production because it reduces the skin’s production of melanin which is responsible for skin colour.

In a bid to reduce the risk of skin cancers, the use of hydroquinone has been banned in Ghana and other countries because of its carcinogenic effects on the skin. Hydroquinone also exposes users to acute toxicity from oral exposure and it can also cause diseases such as thyroid disorder, leukaemia and liver damage (Owolabi et.al, 2020).

On the other hand, Kojic inhibits and prevents the formation of tyrosine and it contains some antimicrobial properties against several common bacterial stains even in small dilutions. Kojic is a fungal metabolic product which has the advantage of not being oxidised in skin lotions.

Efforts to discourage excessive skin bleaching must be a shared responsibility for the individual, religious organisations, healthcare providers, the media and above all, the Food and Drugs Authority (FDA) which has gradually become an advertisement-approving authority on our TV screens and radio stations.

Healthcare providers must use the media and other platforms to educate the public regarding the dangers of skin bleaching.

I must, however, commend the FDA for warning the public against the use of certain harmful chemical substances in skin bleaching. In 2017 for example, the FDA issued directives that prohibited creams, lotions, oils, serums, ointments among others containing hydroquinone due to its damaging effects on the skin.

It is equally on record that in 2019, the FDA published a list of some 41 harmful cosmetic products in Ghana and warned the public not to use those products. Contrarily, the business community continues to import and sell such products in Ghana despite their harmful effects.

Perhaps, the FDA should intensify its penal tentacles by collaborating with other agencies to enforce the regulations. To the individual bleacher, I say it is your own skin and you have autonomy over it, so do not bleach it to death.

The writer is a health service administrator