Guess who is watching your children 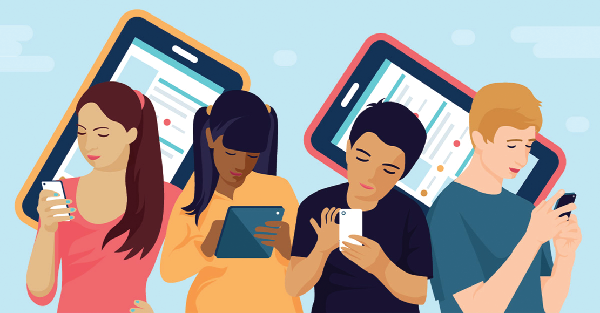 The child must always be protected
30.5k Shares

These days, people post all sorts of things on social media: sometimes in a bid to keep their families and friends up to date with events happening in their lives, sometimes to gain followers and sometimes just to trend.

Some of the videos and pictures posted range from outright hilarious to obscene and vulgar. I like watching videos about little kids and animals as they often provide relief after a stress-filled day in the clinic.

The article was about a little cherub whose mum would often post videos and pictures of the little girl doing what little girls do ie: playing with dolls, blowing bubbles, imitating grown women, etc. Nothing harmful. Or? But then one of the child’s 17 million followers recognised a disturbing trend.

The follower noted that videos showing the little girl when scantily clad had more downloads than others. Pictures in which the little one was wearing a crop top and tattered jeans or in a bathing suit had lots of downloads compared to those of her fully dressed. Also, certain videos were downloaded more than others.
Little children imitate adults all the time and it’s a natural part of their growth and development. But there was this video that the mum had posted. And in it, the tiny Tik Tok star was imitating an adult by putting on makeup and trying to insert a tampon.

There was another video of the three-year-old trying to eat a foot-long cornbread dog which looked like an extra-long hot dog. Seemingly funny and harmless. But these videos were downloaded an unimaginable number of times.

Some went further to have duets with the child. Some duets were as foul as playing a video of the child eating the hot dog and an adult male whipping out his genitals alongside the video.

As you can imagine, videos of this child have ended up on child pornography sites.

The internet is the predator’s playground as it’s easy to evade capture. It’s also easy to get pictures and videos and solicit vulnerable children to send the like which may be sold or propagated on the dark web.

Social media may inadvertently provide these predators with a lot more access to our children than we may imagine.

Some concerned followers were of the view that the mother of the child who operated the Tik Tok account was intentionally putting anything and everything out there so as to get likes and views and of course, get more money.

Whatever her motive may be, the end result is that the videos of this young child are in the hands of predators.

In one other story, a mum who would often put pictures of her young boys on the internet realised that people would take the faces of her boys and photoshop them onto other people in questionable circumstances and activities.

The boom in social media is pretty recent and there’s not enough research to know about the long-term effects of social media on these very young social media influencers and stars. How will they feel when they grow up knowing that their videos and pictures were taken and shared without their permission for all the world to view and sometimes placed on the dark web as well?

Will some deluded people try to abduct these children and abuse them? Do they get a percentage of the monies accrued by this use of their pictures etc without consent? What are the laws in place to protect the child on social media?

Are there any laws at all? Social media is a relatively interesting space in which in various jurisdictions, there may not be enough protection for the young child.

It is therefore the responsibility of the parent or guardian to ensure the child’s safety at all times even if it means fewer likes and less money. Using a child to get publicity or money is simply exploitation of the child.

You see, even though your intent and motive may be pure and harmless, it may not change what certain predators will do with the pictures and videos once they lay their hands on them.

The child must always be protected. So, before you post about your precious child to gain likes and followers, take a minute to ask yourself who is going to be watching your child.