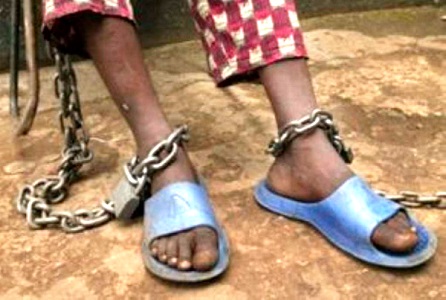 People suffering from mental disorders are often stigmatised in Ghana and globally. Even with the enactment of the Mental Health Act 846 of 2012, there seems to be no end in sight to address the challenges that these people go through.

Often, those suffering from the condition, as well as those related to them or even mental health professionals who attend to them, are stigmatised because of their association with the mentally ill person.

In Ghana, the Mental Health Authority (MHA) estimated that 3.1 million people were living with one form of mental disorder, accounting for 10 per cent of the general population and 16,000 people experiencing severe mental health disorders as of 2021.

Free but not free

Section 88 (1) of the Mental Health, 2012 (Act 846) of 2012 stipulates that mental health care is free. Despite this provision, people suffering from mental illness in Ghana are still made to pay for the care they receive, either from the three psychiatric hospitals or in their communities.

To get an admission into any of the three psychiatric hospitals in Ghana, you would need not less than GH¢1,000 and monthly payments which are not less than GH¢500 till the mentally ill is discharged; unless fees are waived by the Hospital Director.

This practice, which has gone on for nearly a decade since the passage of the Mental Health Act 846 of 2012, also limits progress towards the global objective of attaining universal health coverage (UHC), as part of the Sustainable Development Goals (SDGs).

UHC means that all individuals and communities receive the health services they need without suffering financial hardship. It includes the full spectrum of essential, quality health services, from health promotion to prevention, treatment, rehabilitation and palliative care across the life course.

Further, the management and treatment of people living with mental illness is another issue of serious concern. These treatments can be in the form of medication and psychotherapy.

Unfortunately, supplies of the psychotropic medications that are needed to help in their recovery come in bits or none at all.

For those who pay out of pocket, the cost of a one-day supply of the low-priced neuroleptic medication is 30% of the daily minimum wage.

The cost of one a day supply of the cheapest antidepressant medication is 27 per cent of the daily minimum wage.

Furthermore, none of the mental health disorders is covered by the social and health insurance schemes.

The mentally ill are left in a dire situation because the social insurance schemes do not cover mental health care as it is anticipated to be free of charge by law.

Section 57 (2) of Act 846 states that: “A person with a mental disorder is entitled to the same standard of care as a person with physical health problems and shall be treated on an equitable basis, including quality of in-patient food, bedding, sanitation, buildings, levels and qualifications of the staff, medical and related services and access to essential medicines”.

However, that is not the reality.

Lack of political will

Finally, if one was to seek an indication of the significance attached to mental health in Ghana, from the State of the Nation Addresses (SONAs) presented to Parliament by heads of state of Ghana from 2007 to 2021, results demonstrate there has not been any emphasis given to any mental health condition in the SONAs.

Also, mental health priorities in terms of policy and investment have been shallow, insufficient and dolefully unparalleled to those of physical health.

This lack of interest is against the backdrop that mental disorders are responsible for about 30 per cent of the global disease burden, and is among the leading top 10 causes of the years lived with disability burden in the country, accounting for seven per cent of GDP loss.

Why do we enact an act and yet flout it?

Where is the political will to lessen these problems faced by people suffering from one form of mental disorder in Ghana? Daben, to wit, when?