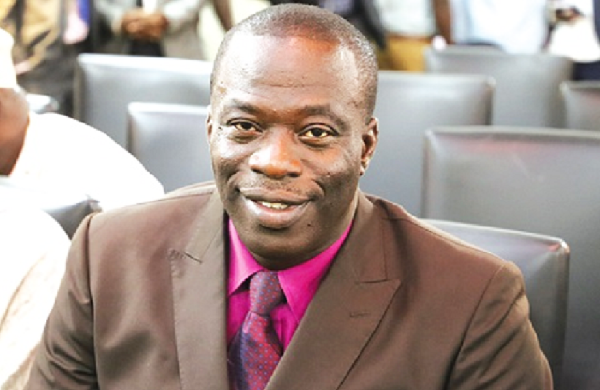 Last week, I had dinner with a friend of mine from France, the first diplomat I have ever met who seems to get it that the essence of this country is in its culture and not its politics.

That, we are more beautiful than our ugly politics.

Randy, who has been gallivanting French speaking West African countries since 2007, has on many occasions selected Ghana for his holiday getaways.

So, on this occasion, Randy was as usual holidaying in Accra, and had called from the hotel he was lodging to inform me of the dinner arrangement with another mutual friend of ours, so that we could ‘talk’.

Our conversation was intriguing and centred on a delicate subject.

For starters, Randy was alarmed by some viral videos he had seen on the internet showing thousands of Ghanaian youths besieging the Accra International Conference Centre for a supposed job fair and the mad rush for a place in the nation’s security forces during the mass recruitment exercises few weeks ago.

“That is an existential threat,” he said.

“This country is not immune to violent extremism in spite of the appreciable level of peace among citizens, so high unemployment, particularly among the youth, can have implications for Ghana's risk of violent extremism.”

Unfortunately, Randy’s fears are not in isolation, a National Commission for Civic Education (NCCE) study on the risk and threat analysis of violent extremism in the 10 border regions of the country identified unemployed youth as the segment of the population highly susceptible to be recruited to perpetrate acts of violence while political actors were perceived to be the segment most likely to sponsor violent extremism.

What, therefore, is the link between these political actors and the jobless youth?

While the average national unemployment rate hovers around six per cent, unemployment among the youth (persons aged 15-35) is much higher at 12.1 per cent, with an additional 28 per cent out of the labour force as discouraged workers.

Meanwhile, one in three young people are self-employed in the nonagricultural sector as own-account workers in vulnerable jobs.

The politicians, on the other hand, have the biggest opportunity to eliminate unemployment and in extension reduce poverty because ours is a nation that is still being built.

Most of our roads are in deplorable state. We have many people without access to the basic social amenities such as potable water and electricity.

A lot of schools are still under trees and access to health care in some communities is luxury. How then can we have many idle youth waste productive working hours and their talents because of unemployment?

The people who have the mandate to use the country’s resources to create the needed jobs seem to be absent minded.

They seem to forget their mandate to formulate policies that can deliver these needed jobs and significantly reduce unemployment while building the country.

It lies in their bosom and not that of the private sector like they are quick to suggest.

Their failure to create jobs after all these years, sparks unpleasant speculations that politicians are ostensibly benefiting from the surge of youth unemployment.

Well, it is not as if the bane of unemployment started only yesterday, that is far from the truth, youth unemployment is one of the key issues that has begged for the attention of successive governments since the creation of this country in 1957.

It is only alarming that today, addressing this issue is tied into spinning the tide of violent extremism, making it more urgent than it has ever been.

We see the various government interventions to reduce youth unemployment, but there is a pressing need to accelerate such interventions and ensure that people are economically empowered.

The present situation must indeed keep the President and all his appointees awake at night because they have a duty to convince everyone, including watchers from the global community, that they have no interest in keeping the youth unemployed, and are ready to accelerate the various interventions that would uplift the youth economically.
That is the only response that would prevent the unfortunate situation of any mass recruitment of young people into violent groups, like we have seen elsewhere, including some of our neighbouring countries.

Writer’s E-mail: Kester This email address is being protected from spambots. You need JavaScript enabled to view it.