E-Levy should be special purpose 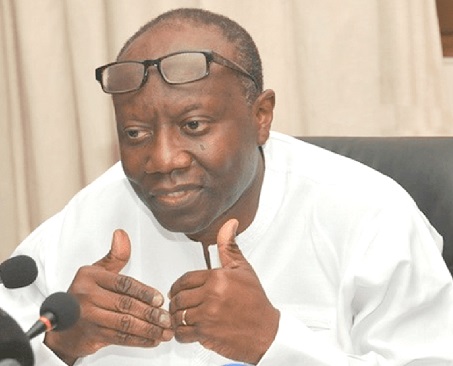 The Electronic Transfer Levy, popularly referred to as E-Levy, as assented to on March 31, 2022, is said to be imposed on electronic transfers to enhance revenue mobilisation by broadening the tax base and providing for related matters.

At a 1.75 rate previously, it was estimated to raise approximately GH¢6.9 billion annually for the nation, which has been argued by the former Minister of Finance, Seth Terkper, to be immaterial to overcoming the anticipated deficit gap of GH¢37 billion by the end of the year 2022 (Business and Financial Times Online, 2021).

According to Brian Bass in 2017, “A government levy is a distinct tax imposed on citizens to cover budgets related with routing the business of running towns, states or countries through referendums or laws.”

It represents an obligatory imbursement by a certain group of persons to fund an associated public amenity and is typically collected by a government or an agency formed by the government (Fingleton, 2005; Oyedele, 2014).

Commonly, the policy in managing taxes is to require all proceeds collected by the government to be paid into a collective or consolidated fund first, after which payouts are made according to law and budgetary apportionments, which is the case of the E-Levy.

However, there also exist occurrences where special funds are established for special taxes or levies to be paid into, for specific government agendas, and this is often associated with the setting up of boards or other establishments to direct the raising of the levy and its application to the distinct purpose concerned.

In this way, government actions are lifted in such establishments, with probable consequences of lessening political interferences (Fingleton, 2005).

The latter is the approach of Special Purpose Levies (SPLs), which I wish to suggest E-Levy must be similarly fashioned.

I believe Act 1075 might not be detailed enough in realising its intended purpose or the government’s aim; and also in ensuring accountability and sustainable resources in national development regardless of the government in power.

For instance, the act states that the E-Levy is imposed to “enhance revenue mobilisation”; which could only mean to improve, augment, increase, boost, supplement or complement all existing efforts bringing in income into coffers.

Taxation has always been a traditional way by which governments raise funds to finance their activities from their citizens or entities (Fritz et al, 2022), and by merely increasing it won’t be a “purpose” enough for the imposition which caused chaos in Parliament (Graphic Online, 2021).

Detailing a specific purpose of the E-Levy to meet a special demand will be key in the administration and future of the tax.

Taking a cue from the Energy Sector Levy (ESLA), it was imposed to specifically combine all prevailing energy sector levies for their resourceful use, pay legacy debts and other obligations within the energy sector, enable maintainable long-standing investments and provide for related matters (Energy Sector Levies Act, 2015; ESLA Report, 2016).

Other specific taxes for specific purposes are the Energy Debt Recovery Levy to precisely take care of debt recoveries, Price Stabilisation and Recovery Levy to be used as a buffer for under-recoveries and to ensure steady petroleum prices and merging already existing levies, such as the Road Fund Levy to maintain roads, Energy Fund Levy to support the Energy Commission of Ghana, Public Lighting Levy to finance the running of community lights and maintain public and traffic lights, and National Electrification Scheme Levy to fund national electrification plans (Energy Sector Levies Act, 2015).

We can likewise talk of the Financial Sector Recovery Levy, also paid into the Consolidated Fund and collected by the Ghana Revenue Authority (GRA) and specifically imposed on banks to raise revenue to provide funding for the financial sector restructurings and to provide for related matters (Financial Sector Recovery Levy Act, 2021); the COVID-19 Health Recovery Levy on the supply of goods and services and imports to raise revenue to support COVID-19 spendings and other associated matters (COVID-19 Health Recovery Levy Act, 2021); and the Sanitation and Pollution Levy under the ESLA.

Disadvantages such as corruption, the trapping of funds which could have been used for a more beneficial investment and occasionally averting superlative apportionment of government budgets (Fingleton, 2005) could be the reason for formulating the E-Levy in its current form.

I suggest it should be a special purpose levy considering the current trend of government spendings (Bloomberg, 2022; Trading Economics, 2022) and the lot of government policies or agendas that need some kind of financial backbone to aid their execution (Agenda 111, Free SHS, 1D1F etc).

This way, Ghanaian subscribers to the E-Levy can concretely ascertain what they are paying for.

By narrowing the purpose of the E-Levy and sensitising the public Ghanaians would be more amenable to the payment of the levy, contrary to the current situation where a lot of Ghanaians are withdrawing their funds from their Momo wallets.

The writer is an accountant, independent researcher and author. E-mail: This email address is being protected from spambots. You need JavaScript enabled to view it.