Could Akuapem Poloo be victim? 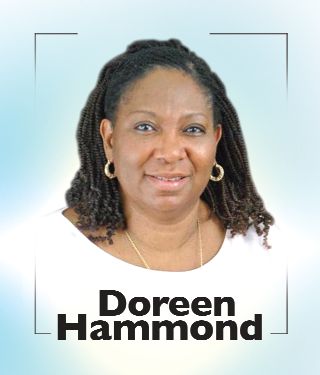 Could Akuapem Poloo be victim?

On Friday, April 16, 2021, a budding actress, Rosemond Alade Brown (popularly known as Akuapem Poloo) was sentenced to 90 days imprisonment on a plea of guilty for posting nude pictures of herself and her seven-year-old son.

Her incarceration has caused varied reactions in society. As will be expected, most of her colleagues in the entertainment industry are calling for a reversal of the verdict, with some using unprintable words on the honourable judge whose only crime was interpreting the law.

The way Poloo burst on the scene and the controversies that have accompanied her need some reflections.

I remember those days when some chiefs in Akuapem were crossed with her because they felt her actions were out of character with the Akuapems, who are generally known for decency and humility.

Interestingly, throughout her story, we hear about her mother but never her father. Could she be the product of a failed relationship?

Why does our society fail to take stringent measures against irresponsible men? It takes two to tango and men should be made to shoulder their parental responsibilities.

Before I am taken out of context, let me admit that there are products of single relationships who have risen to the top and are decent members of society.

There are also children who have lost their parents, but surely that cannot be how nature wanted it. The balance is better achieved if both parents put their hands to the wheel.

I stand to be corrected, but maybe with the beauty that Akuapem Poloo is blessed with, a rounded upbringing may have given us a different narrative today.

Be that as it may, it looks like this celebrity thing has entered into the heads of some people to the extent that they have forgotten that the law is no respecter of persons.

The last time it was one ‘celebrity’ smoking weed in public, who got entangled with the law.

Another so-called celebrity had the temerity to remove her underpants on live TV. And how can we easily forget the gun incident one of them engaged in at a public function?

There was one too, who took to the stage and showed his penis, to the amazement of all assembled.

Another celebrity, who is content with the verdict pronounced at Akuapem Poloo’s trial has been parading virtually naked on social media and sometimes involves her daughter in such videos.

As a country, we have been blessed with celebrities since time immemorial, so let not the up and coming think we have not seen celebrities before.

Nana Ampadu, Kojo Antwi, Super OD and Abedi Pele are celebrities, so how come we don’t see or hear them involved such undesirable behaviours?

The case of Gee Man, the musician, who had to serve time because he was convicted for murder and later pardoned should always guide our actions.

Elsewhere, celebrities influence society positively, even though a few of them are noted for some unacceptable behaviour, which makes headlines and attract the necessary punishment by the law.

When Mike Tyson was at his peak as the world heavyweight champion, he fell foul of the law and went to jail.

Somehow, it seems that some latter-day celebrities go nude just to get attention and more following on social media, instead of making themselves noticed through their vocation.

Why should a musician be better known for stripping than a popular song? And why does society seem to hail them by giving them attention?

The indications are that certain things are not going right, especially with our values which we hold dear. This deserves attention within families and our entire society.

Akuapem Poloo’s video after the verdict shows that she saw it as a ‘temptation, but I hope that she will come out a reformed person with the knowledge that what is unlawful cannot be explained away with no punitive consequences.