Cape Coast and back by STC 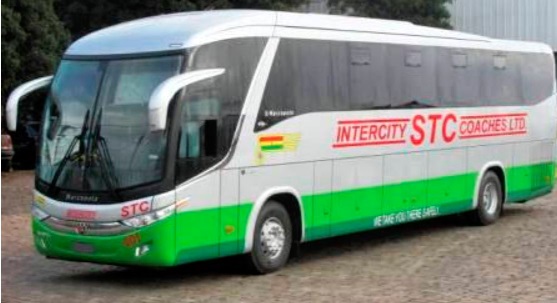 On Friday, November 25, 2022, my “Manager” and I travelled to Cape Coast by State Transport Company (STC) and returned to Accra on Monday, November 28, 2022. Our journey by STC brought back fond memories of our secondary school days.

In the mid-1960s into the 1970s when we travelled to school in Cape Coast and back home on holidays on specially designated buses to schools, we did so by “Government Transport”, STC’s maiden name.

To say such travels were fun would be an understatement. We converted our journey into carnivals-on-wheels, with plenty of singing and merry-making. Winneba roundabout provided its speciality of “akrantie-kebab” (grass-cutter kebab).

So what took us to Cape Coast?

Before that, the drive to and from Cape Coast were both good with very professional and polite drivers, confirming what some colleagues had previously experienced with STC.

We went for two funerals: one of a 95-year-old father of one of “Manager’s” classmates of Holy Child Past Students Association (HOPSA) 1972, and another of an 85-year-old HOPSAN in-law.

Described as a humble, amiable and humorous old man, Uncle Ato served in various parts of Ghana initially as a laboratory technologist and later as an auditor. His funeral was a simple, “all-white” affair both for Saturday and Sunday devoid of any extravagances. This is because it was more a positive celebration of his life than the usual forlorn and morose mourning in black clothes.

The classmates were there in their numbers, having come in a bus they rented from Accra. So were members of the deceased’s Corpus Christi Catholic Church, Sakumono-Accra, and from all parts of the country where the old man served. The Knights and Ladies of Marshal were abundantly present.

Probably because of national events, such as, PANAFEST and “The Year of Return,” Cape Coast abounds with hotels and guest houses. For our visit however, “Manager” and I were hosted by her HOPSA 1972 classmate, incidentally married to my classmate!

JB and I were among the 105 little boys who were admitted to the Kwabotwe Hill of Mfantsipim School, Cape Coast in 1965.

Borrowing from Kwaw Ansah’s legendary film/movie of 1980, a friend teasingly asked if the two marriages between us classmates were “stet Cape Coast Pot” when we were students.

Ansah reminds me of the character who anglicised his Ghanaian name Kwesi Atta Bosumefi to Quincy Arthur Bosomfield to reflect his new status as an educated person!

Incidentally, my classmate JB, who practised as an Obstetrician & Gynaecologist (O & G) for over 40 years overseas, and I had not met one-on-one as we did at the weekend since we parted company for the Medical School and the Military Academy in the early 1970s. There was, therefore, a lot to catch up on.

After the burial on Saturday, our host/hostess treated all of us classmates to a wonderful dinner in their home. The camaraderie and conviviality we shared were most refreshing. It reminded me of the English poet William Wordsworth’s famous quote:

As a child, Wordsworth sighted the rainbow in the sky which filled him with immeasurable joy. Years later as an adult, he continued to experience the same joy he did as a child. He believed he would continue enjoying the rainbow till he died.

Like Wordsworth’s joy at seeing the rainbow, while the ladies chatted, sang and laughed heartily about their stay in school as girls, JB and I reminisced our days as little boys in school.

Those were our formative years and averagely, as little 11 to 13-year-olds, most of us met in school, leaving home for the first time. Growing up together, bonds made would last a lifetime as we all demonstrated that Saturday night.

Cape Coast, often called the “education capital” of Ghana because of its high number of secondary schools, is busier now than it was. While the hilly “down-town” Cape Coast has no room for expansion, the outskirts have seen some expansion with new buildings and structures such as the new Cape Coast Stadium.

Intakes into the secondary schools, as well as the university have all at least doubled.

The road from Accra through Cape Coast to Takoradi, however, remains the same one-lane “face-me-I-face-you” road. Accidents have virtually become routine with many casualties.

On August 12, 2022, 12 lives were lost in a gory accident at Komenda Junction. Earlier on January 13, 2020 after a similar accident in the same area had claimed over 20 lives, the word “dualise” was introduced into Ghanaian road traffic vocabulary when a government official announced that all trunk roads would be “dualised” from the current singe-lane situation to prevent head-on collisions.

For the two STC drivers ­­­­­— Mr Amponsah who drove us to Cape Coast and continued to Takoradi, and Mr Ayila who drove us back to Tema—, I say thank you. Well done to you and to the State Transport Company for training/producing such good drivers many Ghanaians speak well of and are proud of.

To our classmates JB and “Baby”, God bless you for being such wonderful host/hostess. To the authorities, your promise to “dualise” our trunk roads to save Ghanaians from head-on collisions is still outstanding.