Can children with language impairment learn more than one language? 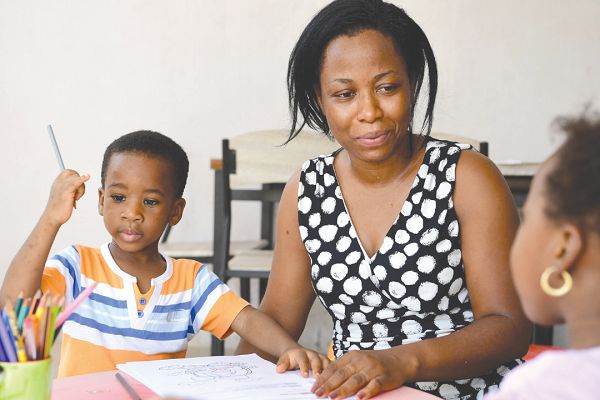 It is quite common to hear people advise families who have children with language difficulties to use one language with the child to avoid confusing them.

There is a widespread belief among parents, and even some professionals, that learning more than one language is a burden on a child with language difficulties.

The ability to understand and/or use two or more languages is known as Bilingualism.

According to research, children with language difficulties certainly have the capacity to learn more than one language.

These children are able to learn a second language.and do not appear to develop two languages differently or to a lower level of proficiency than children who speak one language.

There is no reason to, therefore, stop bilingual development on the grounds that these children’s language learning difficulties might worsen if they have two languages to deal with, instead of one.

The ability to understand and use more than one language is an advantage regardless of the presence of speech language or communication difficulties.

The causes of speech, language and communication are varied and complex. Bilingualism is however not one of them.

A bilingual child, who has a language disorder, will most likely exhibit same difficulties across all their languages.

In the language development of bilingual children, there will be instances of code switching, where a child will say a word in another language when they can’t remember the name in the language they are using.

This does not mean they are confused. It is a typical sequence of development.

Most bilingual adults can relate to this, when they can’t seem to find a word in the language they are using at that moment, but will go ahead and say ‘we call it xyz in Ga’.

One language and it’s rules can interfere or be transferred in the use and rules of the other language and this is quite normal and not to be seen as confusion.

There is likely to be a silent period in a child’s language development, while they try to learn and assimilate a second language, and that should not be cause for alarm or seen as a problem.

The first language can have a decline in proficiency, while a second language is being learned.

Using weird sounding sentences because of influences from one language to another should not be seen as problematic.

Example, gender pronouns are missing in most Ghanaian languages and this can impact the correct use of he/she in English.

Direct translations, such as, ‘Kwame gave me the egg some’ are also examples of linguistic influences across languages for bilingual learners.

On the contrary, bilingualism has been found to promote one’s ability to develop and maintain relationships with family and the bigger community.

Bilingualism also increases a person’s confidence as a communicator in both/all languages spoken and contributes to an individual’s sense of wellbeing.

Bilingualism is a choice for some families and a necessity for others! Discontinuing the home language because a child’s language difficulties is believed to be as a result of exposure to two languages, will not improve the child’s abilities in that language.

In most cases, the mother tongue is abandoned for English.

If parents have concerns about their child’s language development, it is advisable to see a speech and language therapist about the best ways to help their child.

Children need to be given enough support for language to develop and if they indeed have language difficulties, professional help is required.

The writers are Speech & Language Therapists,
E-mail: E-mail: This email address is being protected from spambots. You need JavaScript enabled to view it.