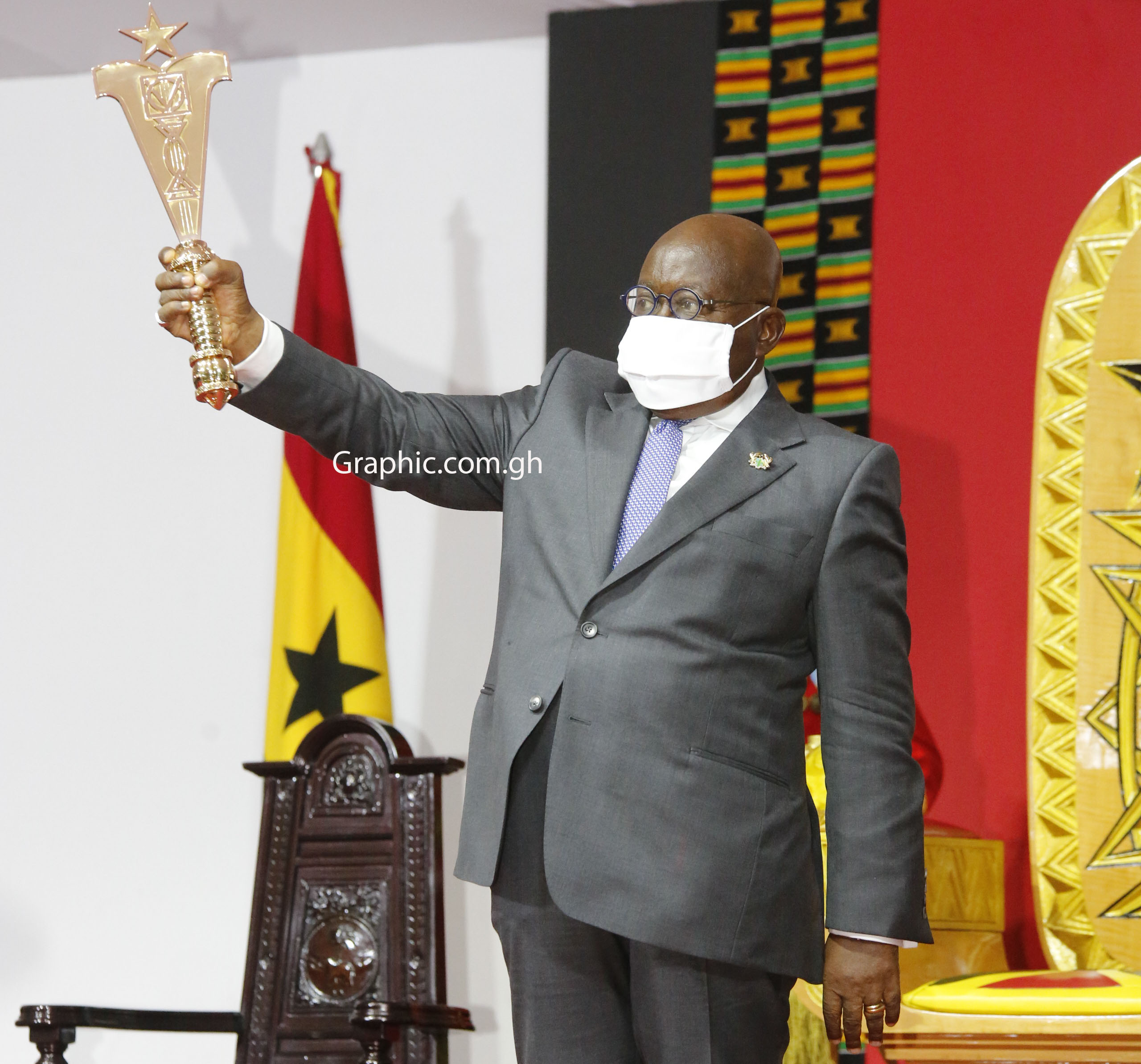 Congratulations, Mr. President. You held the state sword for the second time on Thursday (January 7, 2021) and took the Presidential Oath to begin your second term in office as the President of Ghana.

It was quite a short ceremony that also saw Dr. Mahamudu Bawumia sworn into office as Vice-president — his second term too.

Although the investiture lacked the glitz and glamour that characterised the January 7, 2017 edition, it still attracted high-profile personalities both within and outside the jurisdiction of Ghana.

Your inaugural speech at the event was precise, spot-on and re-invigorating.

You underscored the need for unity of purpose, consensus building and stronger collaboration, especially between the executive and the legislature to facilitate government business and promote national development.

The optimist that you are came to the fore as you assured Ghanaians that in spite of the myriad of challenges that confronted the country, the pearls outstripped the perils.

You gave an assurance that your second tenure would focus on doing better what you did good in the first term, and doing best what was done better.

Specifically, you said jobs and robust economy remained your focus as your government traversed the second term in office.

Also in the bag of goodies was the reaffirmation of 2021 as the second year of roads; providing of healthcare infrastructure, including building of district hospitals; as well as the provision of potable water across the country.

Additionally, you gave a firm assurance that by the end of your second tenure as President, Ghana would achieve 100 per cent of electricity coverage.

In your State Of The Nation Address (SONA) on the dissolution of the Seventh Parliament on January 5, 2021, you had also renewed your commitment to protect the environment by fighting the illegal mining menace head-on.

Mr. President, to the extent that issues such as robust economy, education, health care, quality roads and energy are fundamental to socio-economic development, I find your commitment to pursue them so refreshing.

If these commitments are held in high esteem, it will not only lead to improvement in human lives, but will facilitate the attainment of the United Nations (UN) sustainable development goals (SDGs).

I remember that in your maiden inaugural speech in 2017, you called on all Ghanaians to be citizens and not spectators.

By this call, you challenged us to glitter in our little corner and let the light shine on processes of national development.

On that score, I promise to write to you regularly to share my view on what I think can be done to help you achieve your targets.

In my subsequent write-ups, I will be telling you the gossip in town; the Judases that seek to betray you and the country; as well as the moles that will be sucking the national kitty dry.

I will also constantly remind you about the promises you have made to the Ghanaian citizens to keep you on the alert.

In this regard, I will write to remind you that you still have another four-year mandate to make Accra the cleanest city in Africa.

Our elders say that the one charting a path may not know how crooked it is. And since iron sharpens iron, I will throw the light on how some of your programmes and policies are being implemented.

As a loyal citizen, I will write to you on how far policies such as the Planting for Food and Jobs (PFJ); free Senior High School, One district One factory (1D1F); the ambulances and the School Feeding Programme are impacting lives across the country.

For now, I want to use this opportunity to congratulate you once again on your second term mandate.

I know you will be busy finalising the list of your appointees to form the next government.

As you do so, may God guide you to appoint competent hands and God-fearing souls to pursue the better Ghana agenda.