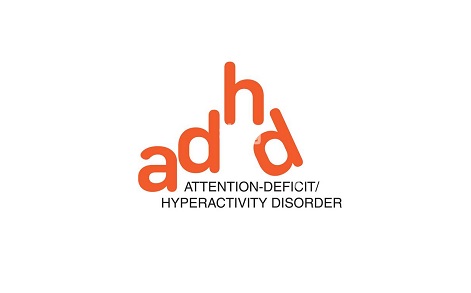 Neurodevelopmental disorders are conditions that affect the development of the brain, impacting a child’s behaviour, memory or ability to learn.

A neurodevelopmental disorder develops in childhood and may continue to adulthood. A child may be diagnosed with ADHD because he/she is not paying attention (inattentive) or overly active and impulsive (hyperactive/impulsive) or both.

This is likely to impact on the child’s ability to learn. The Diagnostic and Statistical Manual for Mental Heal Health Disorders (Fifth edition) classifies three sub-types of ADHD – inattentive or hyperactive/impulsive or both (inattentive and hyperactive).

It is yet unknown what causes ADHD, but research shows a strong genetic link and some environmental factors.

Language is processed differently for children with ADHD. They are often at a high risk of significant language delays.

Their ability to communicate effectively is hugely impacted by their difficulty focusing on topics of conversation.

So Kwame who has ADHD may be talking about his favourite food when the topic for discussion at that moment is favourite colours.

Clearly, Kwame is talking about something different from what is being discussed because he’s probably distracted.

Children with ADHD may also have difficulties finding the right words to use in a conversation.

Their difficulty with planning or organisation may result in errors in grammar so that they may end up saying, for example, “She put-ted the cup on the table.”

The word ‘put’ does not take the –ed plural marker and so this particular child has missed applying the rules of the English language (for some words) in his use of the word.

This child may know about this rule but may have made this error because he failed to think through and apply the rule.

They may miss important details when listening to others because of how easily they get distracted.

When with other children in a group, it is often difficult for children with ADHD to follow conversations by different people all at once due to their difficulties with attention.

It is often easier for them to focus on one speaker at a time. As a result of these difficulties, distracting classrooms make it difficult for children with ADHD to focus and engage. Their learning is, therefore, very much impacted.

Children with ADHD may interrupt talking or speak so loudly without awareness of the impact it has on others.

Even though they recognise the social rule of language (such as waiting for one’s turn to talk), their distractibility and impulsivity prevent them from following these rules.

• Get children’s full attention before talking to them. This is important as they are likely to miss details of what you are about saying without paying attention fully.

• Allow children with ADHD ample time to organise their thoughts or responses.

• Use gestures and speak clearly when speaking with a child with ADHD. Rephrase or repeat yourself if you notice that the child missed out details of what you said.

• Seek help from a professional. Professionals who see children with ADHD include speech and language therapists, neuropaediatricians and clinical psychologists.

The writer is a Speech/Language Therapist/Clinical Tutor. University of Ghana. E-mail: This email address is being protected from spambots. You need JavaScript enabled to view it.