Another year rolls by with new expectations 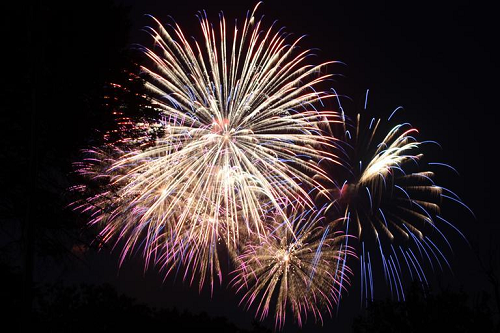 Whether you crossed, jumped, walked, sailed, flew or even crawled into 2022 on Friday night, the most important thing is that you are here, thank God.

As the year rolls on, may God’s blessings and grace be your portion and may you have the best of all that the year has to offer.

Of course, a Ghanaian Christmas season would be incomplete without churches, bars and nightclubs being filled to capacity.

A report in the newspapers about the number of births on Christmas and New Year’s Days in some major hospitals, heaving hampers traversing the land with the speed of light and the 1990 American movie ‘Home Alone’ popping up on one of the TV channels are some of the activities that characterise the season.

As the year winds up, lofty resolutions are made and almost immediately broken at the earliest, convenient opportunity.

To crown it all, when the holidays are finally over and the binge-spending on food, drink, entertainment and gifts comes to a crashing halt, many are totally broke.

Up and down the land, parents have started to stare at a deep, yawning chasm in their bank accounts as the children prepare to return to school and it is time to cough up the school fees.

January payday is notoriously millions of light years away as the month strolls by casually, pouting like a diva and almost mocking us all, as if to say “you see your life?”

From sumptuous foods and juicy, spicy goat meat kebabs washed down with gallons of beer, wine, whisky or even Fanta and Sprite during Christmas, the gears quickly shift to a month of ‘Kofi Brokeman’ (roasted plantain with groundnuts) for lunch in January, washed down with no more than water.

Having bled my Visa card to the point of death, I have tried hard not to look at my bank balance, lest I sink into despair.

January is a time for counting the coins and certainly not a time to hold funerals, weddings and other social events.

I had a reasonably good holiday split between Accra and Kumasi with family and friends, tinged only with the sad news I heard on Christmas Day, that the Board Chairman of the Ghana Tourism Authority, Mr. Charles Osei Bonsu, who was my senior at the Opoku Ware School but left four years before I entered the school, had suddenly passed away the previous night.

A very friendly, engaging and absolutely wonderful person, he got on so well with everyone in the alumni fraternity, almost as if they had been friends for ages, and his passing really hit many of us personally.

May he rest in peace and may God grant his widow Rita, a lovely lady I have come to see as a sister, great comfort in these trying times.

Like many Ghanaians, I made sure I actually crossed into the new year fully awake, and eventually crawled into bed rather late after a quick tour of the lively, crowded, bustling streets of Bantama as they partied away, just to soak in the ambience before acutely becoming aware of my age and coming back home to rest my creaking bones and joints.

After a lovely lie-in that saw me tottering out of the bedroom around 10:00 a.m. on New Year’s Day, I popped over to Facebook to check messages and to wish friends the best of 2022.

I was puzzled to note the word ‘Umuofia’ buzzing on friends’ timelines.

Of course, Umuofia is the name of the political cluster of nine villages immortalised in Chinua Achebe’s seminal 1958 novel ‘Things Fall Apart’ set in Igboland, Eastern Nigeria in the late 1980s.

I do not know many of my contemporaries who have not read the book and it seems almost an oddity to admit not having read it.

Suddenly, everyone had become an expert on ‘Things Fall Apart’, quoting copiously from it.

What was the cause of the sudden surge of connoisseurs of African literature?

Achebe passed away eight years ago so it was not a matter of his death sparking a rekindling of his legacy, the way the death of Archbishop Desmond Tutu during the holidays led to a splurge of his sayings and quotations from his book ‘God is not a Christian’, among others.

After some quiet background investigations and a video clip sent to me by a friend in response to a query, the penny dropped and I could not help being amused by the transposition of our country into Umuofia, along with the many wry jokes arising from Prophet Nigel Gaisie’s recorded message.

Many had been looking to see what he and other prophets would say following the earlier statement by the police on the issue of prophecies, a traditional staple of New Year’s Eve church services.

I also noted the interesting fact that in his 1966 novel ‘ A Man of the People’, Achebe provides the platform for a story told by Odili, a young and educated narrator, on his conflict with Chief Nanga, his former teacher who enters a career in politics in an unnamed fictional 20th century African country, which everyone who has read it knew to be Nigeria.

Perhaps, Prophet Gaisie was borrowing a literary device from the celebrated Nigerian author for whatever purposes.

I do not pretend to be a prophet. I definitely do not qualify. But I believe I can make a few safe predictions for 2022 without the Okonkwo of our time breathing hot air down my neck and throwing me into a cell the way he threw the wily Amalinze the Cat in a wrestling match in Umuofia. May I? OK here we go…

The NPP and NDC will keep arguing over many things. Many weddings will take place in the land and the churches will be full on Sundays.

A trotro service will continue to run between Lapaz and Madina and between Circle and Odorkor.

Finally, the Opoku Ware School will have a fabulous 70th anniversary celebration.

So there you go. You can gather all the elders of the nine villages of Umuofia and give them the news.

A happy and prosperous 2022 to you all. Umuofia Kwenu!!