An Obroni's experience of the 2018 NSMQ 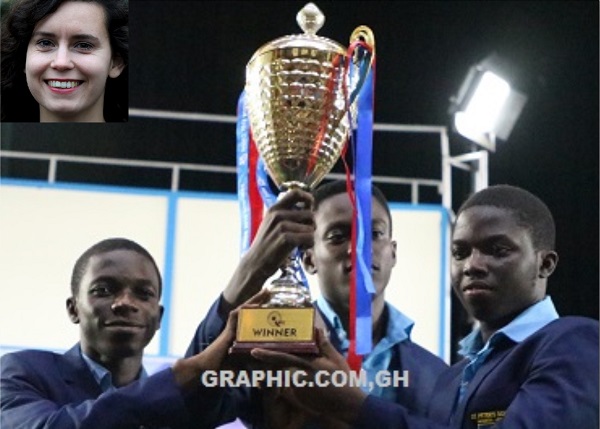 Yesterday the winners of the 25th National Science & Math Quiz 2018 were found. I went to the final with Graphic Online, and as an “Obroni” from Scandinavia, it was a very different and amazing experience.

I’m in the National Theater and from the beginning I am amazed that all the seats in the hall are filled out right from the ground floor all the way up to the balcony with parents and students there to follow the finals of the 25th National Science & Math Quiz for senior high school students in Ghana.

It’s only my second day as an intern at Graphic Online and as an “Obroni” coming from Denmark in Scandinavia, I haven’t yet experienced a Science & Math quiz before. So, I am quite excited and a bit to actually see what this is all about. 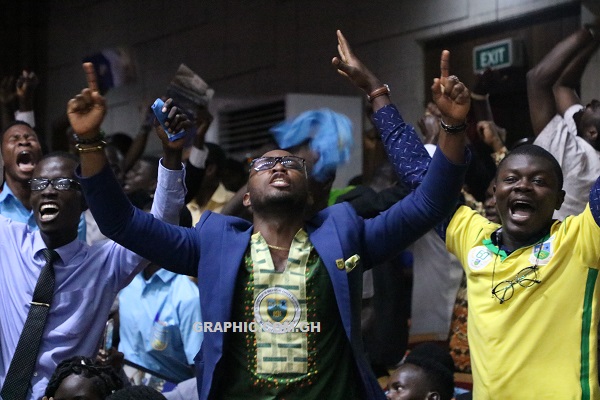 The contest has just begun and the hall is completely silent while the quiz-master reads the first question. Two of the contestants dressed in their school uniforms with black and white stripes from Adisadel College answers. And then something I find is quite fascinating happens, the part of the audience which also dressed in black and white stripes jumps up and down cheering for their contestants every time the participants' answers. Which is also the case for the other two teams from West Africa Senior High School and St. Peter's Senior High School.

The loud cheering is combined with songs as well as prayers. It is impossible not to be influenced by the good vibes in the National Theater. I find this quite different from my home country, where we at best just sit down and clap at the team we are cheering for.

And the cheering here only gets louder and louder during the 5 rounds the competition lasts.

From the beginning of the quiz, I find it quite interesting, that the participants are dressed in their school uniforms related to the three schools. Adisadel College as mentioned was in black and white stripes, St. Peters School in light blue and West Africa SHS in dark blue . In Denmark, it’s only a couple of private schools that use school uniforms so I am fascinated by the matching school uniforms and the audience even have flags matching the school they are cheering for.

After the competition is done, it’s only the prize ceremony that’s missing, at that point I am thinking that, that this would probably go fast, right?

But apparently not. Yesterday I didn’t know that Ghanaians really like ceremonies.

All the prizes were given out individually, so each time there was a gift with a different sponsor, all the teams and their teachers went up on stage. That makes the prize ceremony much longer than I expected. In total, the prize ceremony took 1 ½ hours. I think we are lazier in my home country, where we just hand out the gifts and awards all at once. Under the long prize ceremony, the cheering settles a bit. But this is only until the winners are given a trophy the end of the ceremony.

Then the roof almost comes off again, and finally, the 25th National Science & Math Quiz 2018 is done. I am leaving the contest with a newfound enthusiasm towards math and science contests which definitely came from the good vibe, and cheering in the National Theater yesterday.