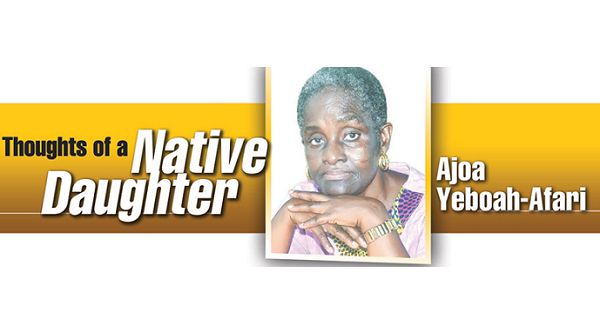 People who follow the news must have been shocked, and bewildered, by the extent of damage reportedly caused by the rampaging workers of the Ghana Bauxite Company at Awaso earlier this week.

Media reports said the enraged workers at Awaso, Western North Region, went on the rampage, setting vehicles, residential and office buildings ablaze. Some management staff allegedly had to go into hiding in fear of their lives.

The main cause was said to be lack of progress in negotiations with the management over the workers’ salaries and working conditions.

As in the cases of the wanton destruction of property during some of the students riots of recent times, one question that springs to mind is, does this extent of havoc mean they have cut all ties with the institution or company?

Generally, the seeming indifference on the part of management to the situation of their subordinates can fuel hopelessness and, of course, anger and the resort to ‘other methods’.

All the above are, I think, aspects of what can be termed the ‘looking-into-it’ syndrome, which this column highlighted in 2016. However, I believe that a ‘looking-into-it’ response is better than no communication.  A good three years on, there appears to be even more a need for the syndrome, thus necessitating a walk down memory lane:

Some years ago, the popular ‘Osofo Dadzie’ drama series satirized the lackadaisical approach to work of some officials and departments through an episode titled, if I remember right, ‘Looking into it’.

The humorous title of the episode was taken from the standard and repeated response of such institutions to correspondence: ‘Your letter concerning XYZ has been received and we’re looking into it’. That response, though diplomatic and reassuring usually meant that little or no action was being taken about the issue at stake.

Mostly through humour and satire, the Ghana Television series sought to put the spotlight on some of the ills plaguing the society. The weekly episodes by the accomplished OD Group was a mirror for the society to look at itself critically with the objective of correcting bad behaviour and counter-productive systems.

A ‘must-viewing’ series in its heyday, OD was not only noted for making people laugh, it also added memorable expressions to the Ghanaian word stock, such as ‘Looking into it’ (LII), also a reference to red tape or excessive bureaucracy.

Unfortunately, I’m not sure that the plays’ lessons had a lasting effect. Evidently, the bad practices the series addressed persist. And LII is alive and well in this country, as the numerous strikes and industrial actions show. Although broken promises by the Government or employers is often the main cause, lack of communication is also cited in many instance as the last straw.

Whatever happened to the practice of acknowledging receipt of communication as a first step to, or maintaining, dialogue?

In offices there used to be the standard three trays: ‘In Tray’, ‘Out Tray’ and ‘Pending Tray’. The ‘In’ was for fresh correspondence, whether from outside or internal, including documents minuted by other departments for attention; the ‘Out’ was for letters/drafts to be dealt with or typed for signature and dispatch; the ‘Pending’ was for matters still under consideration.

That system meant that the desk officer, head of department or the staff could instantly tell the progress of files being dealt with. But, that was then, in the days of ‘snail mail’.

As indicated, in recent times, a constant complaint  of almost all the groups and institutions that have gone on strike or announced an industrial action has been: “we wrote to (the minister/management/employer) and we got no reply/response”; or, “we have written numerous letters stating our case/grievances but there has been no response/action. Nobody seems to care, hence our decision to withdraw our services.”

Isn’t it a demonstration of goodwill to acknowledge receipt of a communication, even if the demands can’t be met immediately? Isn’t there a responsibility to let the other party to a dispute know at least that the letter has been received? Why generate or stoke ill will unnecessarily?

Going by current experiences, maybe some people now have cause to think of ‘looking into it’ with fond memories, with nostalgia. At least it indicated that one’s letter had reached a desk or a destination, somebody had taken note of the issue or problem.

Strange that with all the available facilities these days establishments don’t bother much about correspondence. Or are the Information and Communication Technology (ICT) advances to blame?

Have the benefits of ICT, such as email, made correspondence trays on desks obsolete? Does it mean that paper records are no longer kept or that officials should not reply to correspondence?

There can be no excuse when somebody makes the effort to write a letter to an office or department and what they get for their troubles is dead silence. And when the correspondence is to do with labour issues, or a conditions of service dispute, why risk making matters worse by delaying or refusing to respond to communication?

Perhaps some of the myriad strikes and demonstrations we are witnessing would not take place if people in authority would appreciate the importance of communication. Especially when a promise can’t be honoured, the other party needs to know why.

If implementation of an agreement has to be postponed, one assumes that it would be for a good reason. So why can’t that reason be communicated to the other party in good time to avert suspicion of deception and the resort to a strike action?

Nevertheless, there is no excuse whatsoever for workers to destroy property to express anger over lack of updates on negotiations, or even stalled negotiations. After all, if the central issue is money, where is the institution or the management going to find the extra money to repair or replace the properties damaged or destroyed?

But, on the other hand, why should managements wait for workers’ frustration to boil over? Surely, it’s important for students or workers to know that there is a listening ear for their grievances, therefore there is no need for mayhem to prove a case.