‘Living the spirit of Christmas’: salute to a man of singular humaneness 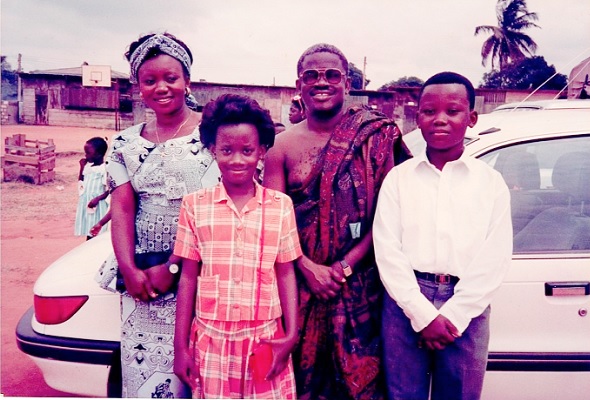 In happier times: Yaa and Mr Fofie with two of their children, Akwasi and Abena Follow @Graphicgh

But should compassion be seen or experienced only at a certain time of the year?

I had the above quote in mind when I decided to dedicate this article, my 2021 Christmas column, to Anthony Fofie and the memory of my cousin, Victoria Adjeiwaa Adjei, who was also my ward.

Better known as Yaa Adjeiwaa, she died last month, on November 16, after a period of ill-health.

Despite the fact that they had been separated for many years, their marriage broken down, when Yaa Adjeiwaa fell ill some months ago, Mr Fofie took charge out of goodwill and, conceivably, also because their eldest child, Akwasi, and the second son both live abroad.

I also found inspiring and relevant a Christmas message from Rev Akua Ofori-Boateng of the (Anglican) Holy Trinity Cathedral, in Accra, reported by Radio Ghana: Be a blessing to others.

She was speaking at the Festival of Nine Lessons and Carols organised by the Ministry of Justice and Attorney-General’s Department earlier this week. 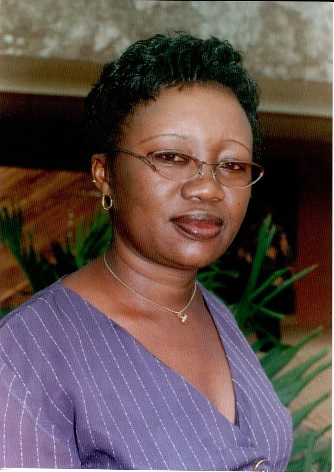 Mr Fofie’s unstinting demonstration of Christian virtues also prompts me to propose an idea: that the Christian Council of Ghana and the Ghana Catholic Bishops Conference should consider instituting an award scheme to honour people deemed exemplary or model Christians.

Working closely with Yaa’s family and friends, nothing was too much for him, in his quest to help her recover. Among other things:

• He accompanied Yaa to every hospital appointment.

• He played a major role in the importation of a critical medicine for her.

• During her periodic admissions in hospital, he was a regular at her bedside.

• After her first discharge from the hospital he installed in her house an orthopaedic bed for her, similar to her hospital bed.

• Based on advice from Yaa’s specialist doctor, he was instrumental in arranging for two live-in nurses to take care of her, day and night.

• He also constructed a wheelchair access to her house so that she could be moved about easily.

• To cap it all, after her last discharge from hospital, with the agreement of Yaa’s family, he took her back to his house, into her former marital home, so that he could supervise better and assist their daughter and the nurses to continue her treatment.

Ordinarily, this being extremely personal, a story about my family, it would remain in family records. However, as the Akan saying goes, “sɛ onipa yɛ adeɛ a, ɔse ayeyie.” (A benefactor deserves praise; praiseworthy deeds should be acknowledged).

Secondly, in my opinion, Mr Fofie has exhibited exceptional charity, an epitome of humaneness, which is what has encouraged me to publish his story because such a caring attitude is rare, especially in a broken marriage.

Furthermore, I believe that his admirable conduct summed up above, is relevant to this period in the Christian calendar.

Ministers of religion often preach about Christian virtues, including love, kindness, charity and compassion, notably during this season of goodwill.

To me, Mr Fofie demonstrated all the above, and more during Yaa’s illness and the funeral arrangements.

And yet, being extremely modest, he didn’t even want to be given any mention in the funeral publications.

It was while she was working at the Kingsway Department Store that she met her future husband, Mr Fofie.

Their traditional marriage took place that same year, at Dormaa-Ahenkro.

Their first child, Akwasi, was born in 1981, and they had two more children, Abena and Kwame.

In 1998, they crowned their traditional marriage with a church ceremony at the Queen of Peace Catholic Church, at Madina, Accra.

Unfortunately, after 23 years of marriage, differences arose which they were unable to settle and they separated.

For others to appreciate the magnitude of Mr Fofie's humanitarianism, by contrast, I know of a woman who was on admission in a hospital for a year, and underwent as many as eight surgeries; yet her former husband, the father of their five children, never once set foot in that hospital.

Yes, indeed, “the Christian ideal is for the spirit of Christ to live in us all throughout the year.”

And if the Christian leadership in Ghana could establish an award for exemplary Christianity, ‘living the Christmas spirit’ all year long, I know who I would nominate.