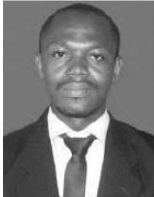 Public goods and services such as security, water, electricity, etc. have to be provided by the government.

This is because should an individual be providing any of these goods and services, they would be too expensive and discriminatory in their supply, distributions and pricing.

There is also little incentive for private markets to provide such public goods at efficient levels (Olson and Zeckhauser; 1966).

The government will have to raise enough revenue to fund these public goods and services.

However, if it is not able to raise enough, it will result in a fiscal deficit.

Currently, Ghana is reporting a fiscal deficit of 11.4 per cent (source: 2022 Mid-year Budget).

If the government is unable to raise enough revenue, the deficit will increase, as a sharp increase in fiscal deficit and public debt in many countries has raised concerns about the sustainability of public finance (IMF: Fiscal Rules, 2009).

Tax constitutes an important source of public revenue for the government and, therefore, it would have to raise enough to make up for the gap in order to ensure sustainable development.

In order to achieve this, a lot more taxpayers must be brought into the tax bracket by ensuring compliance with tax laws as this can reduce the burden of those who are currently in compliance with the tax laws.

My experience as a consultant has taught me that there are two groups of people in society when it comes to tax compliance.

With these two groups and their concerns, I want to mention the role of the following institutions in tax compliance, which might, hopefully, result in improved revenue and hence, a reduction in the tax burden of a few taxpayers.

The government must build trust in managing the public purse. There is a strong perception among the second category of persons I mentioned earlier that the government is corrupt.

They think their taxes will not be put to good use and, therefore, do not see the need to comply.

Until the government is able to build trust, it will be difficult to get people to comply with tax laws, and the government will have to spend a lot more on enforcing existing laws and introducing new taxes, which may not yield the desired result.

The Revenue Authority must strike a balance between enforcing the tax laws and benefits to existing taxpayers; they must employ innovative ways of identifying taxpayers immediately after business registration.

The Revenue Authority must do regular inspections of office premises and office complexes to identify taxpayers.

Existing taxpayers meeting their tax obligations should not be burdened with more tax and harassment by revenue officers; the compliance cost of the taxpayer should be reduced to the most minimal level.

For instance, the abolishing of Large to Small Taxpayer Offices is a positive decision as a taxpayer will not have to move from say Nungua to file returns at Kwame Nkrumah Circle at his/her own cost.

Taxpayers’ provisional assessment should be based on returns they submitted and audited by the authority, and not Tax Credit Certificate they received from their customers.

Tax audits should not be aimed at just identifying errors and imposing penalties, but also at educating the taxpayer.

Tax audits should be done annually, rather than waiting for three to five years to conduct tax audits and compound unrealistic interests and penalties for taxpayers.

Obviously, we are creating opportunities for tax officers to extort from taxpayers as they may not have money to pay these compounded amounts.

Our pastors must preach to their members to be patriotic and also respect authority.

A friend mentioned that in a country, non-compliance was taught to be a sin, and that increased compliance.

This means that if our religious leaders can lead the compliance crusade, a lot more will comply with limited enforcement from the Revenue Authority.

In that regard, the tax burden will be shared among all.