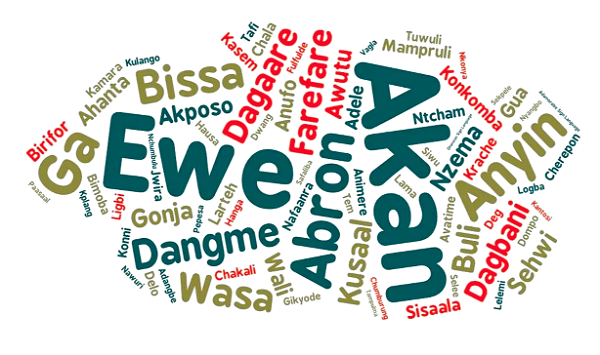 Kakrr’ was the sound of a machine-gun being cocked for action, and “arretez-vous” was the French command or order, “Stop or halt!” I shall return to my experience in Guinea-Conakry in 1990.

In February 2021, the decision by the Valley View University Basic Schools to discontinue with the teaching of the Ga Language because of non-availability of Ga teachers generated copious discussion.

Interestingly, the programme also addressed Ghana’s waning use of our local languages in homes. Discussants were unanimous that, Ghanaian languages had fallen casualty to the current trend of parents speaking only English with their children.

Contributing, Professor ‘Opanin’ Kofi Agyekum of the University of Ghana, Legon, expressed concern about the trend.

Language, he said, was the medium by which a people’s culture (totality of way of life), was transmitted.

To refuse to speak one’s language, therefore, results in losing one’s culture and identity. It also suggests an inferiority complex on the part of parents who try covering up their inadequacies by speaking only English to their children.

Unfortunately, while some educated parents do this, many of the guilty parents are rather those who do not speak  good English themselves and end up inflicting ‘staaapit’ (stop it), “if you do, I beat you o!” or “me too, I’ll do you some,” (retaliate) and the like on their children!

He added “we don’t have enough Ghanaian Language teachers because of that stigma people attach to studying local languages. Already people think, I am Ashanti so why should I study Akan? This kind of stigma is not helping us and must be discarded at all cost.”

Unfortunately, in addition to losing our local languages, good English itself has now been replaced particularly in the universities, by pidgin English.

In Ghana, the ability to speak more than one Ghanaian language is an asset. Indeed, proficiency in Twi, Ga and Ewe opens doors.

The addition of Hausa to the three, makes one a virtual linguist. One, therefore, wonders why parents deprive their children of the benefits of speaking Ghanaian languages.

An American course-mate in the US humorously asked what one who spoke two languages was called. Bilingual, was the answer he accepted readily.

He then asked what a person who spoke many languages was called. He again accepted the answer, multilingual.

He then asked what a person who spoke only one language would be called. After some answers which he declared incorrect, he gave his ‘correct’ answer as ‘American.’

Ridiculing his own White-Anglo-Saxon-Protestant (WASP) Americans, he explained that, apart from American-English, sadly they spoke no other language.

In 1990, as a student at the Senior Command and Staff College in Nigeria, we undertook a one-week study-tour of Guinea-Conakry.

After dinner at the Novotel Hotel on our first night in Conakry, we decided to explore the city. Not knowing our way around, we took the first turn we saw. Soon, we heard the ‘kakkr’ sound of a machine-gun being cocked for action, followed by the order ‘arretez-vous!’

In the face of the potential danger of being shot, my secondary school French came to our rescue. Indeed, I spoke French! I told them who we were. Probably, what impressed them most was me saying “je viens du Ghana” (I am from Ghana). “Ah bon, Kwame Nkumah!” they chorused happily.

They explained that, the route we had taken was a no-go-area leading to the presidential palace of President Lansana Conteh. Intruders were shot without any questions, we later learnt!

In Cambodia, one of my young captains picked up the Khmer language amazingly fast. This endeared him so much to the market women, they would always give him more than he paid for.

Sometimes, he brought home four chickens, two more than we budgeted for, the extra being “ex-gratia” for his Khmer proficiency.

Language is a big asset! It has opened doors for me and others both locally and internationally. My rudimentary French in Guinea saved the lives of my amazed Nigerian colleagues, who thought I was a magician when I defused an explosive situation simply by speaking French.

Parents! Speak Twi/Ewe/ Ga/ Hausa/ Nzema/Dagbani etc to your children at home. In school, encourage them to learn French. Ghana Education Service, over to you!

That way, if they hear machine-gun ‘Kakkr’ plus ‘arretez-vous’, they will be able to extricate themselves from death with pidgin-French! COVID-19 is real! Please observe the protocols.