Farming in the face of drought: Ramitenga’s success story 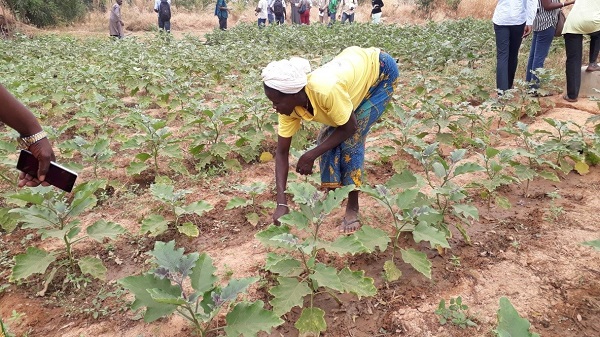 Over 90 per cent of women to the agricultural sector of Burkina Faso. However, the increasing effects of climate change; resulting in adverse drought during the dry season in the West African country, forces farmers to rely on diesel-powered water pumps for irrigation

, due to the costly nature of such an irrigation system, farmers such as Sodre Aminata, reverted to rain-fed agriculture; meaning she could only farm once in a year.

Aminata, who is a member of a farmer association called at Ramitenga, a village located in the rural community of Loumbila in the Plateau-Central Region of the country, now heaves a sigh of relief following the introduction of a drip irrigation system by the Country Water Partnership of Burkina Faso (CWP-BF) and the Global Water Partnership West Africa (GWP-WA).

With the mid-morning temperature of about 37°C in the month of November, coupled with aridness and not a single cloud in sight, it is certain that the rains are far from the region.

Nonetheless, following the introduction of the system four years ago, Aminata and her colleagues have been less worried about the extreme weather condition facing her region as she is able to cultivate fruits and legumes not only for domestic use but also for commercial purposes.

Prior to the introduction of the drip irrigation system, like Aminata, members of SIDWAYA relied on a diesel motor-pump which drew out water from a 31m deep well to aid with the irrigation of their farms. But this process was cumbersome and in the event of break downs, farmers had to contribute the little they had to fix it. 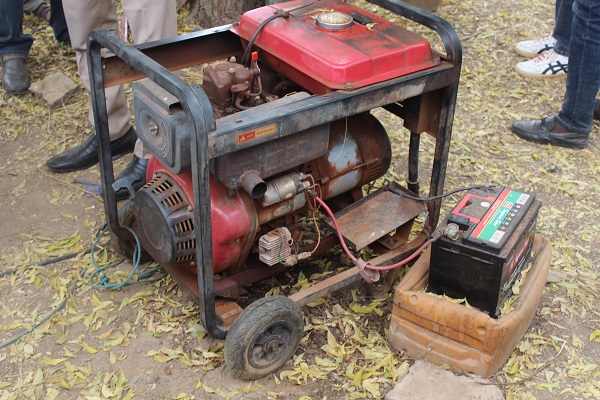 The generator used by the farmer group

being labour intensive, the cost of fuel for the generator meant that farmers spent the little monies they made from the sale of their agricultural produce to power the pump; making it economically inefficient.

Worst off, the onset of the dry season made it practically difficult, if not impossible, for water to be drawn out of the well due to the lower capacity of the generator; and this meant farmers could only cultivate crops once in the year; making them idle most of the time during the dry season.

However, the introduction of the drip irrigation system has changed the way of life for Aminata and her colleague farmers.

Today, they are able to till their lands and cultivate crops even in the absence of rain; making it possible for them to harvest farm produce about three times in the year and cater for family needs through the sale of their produce. 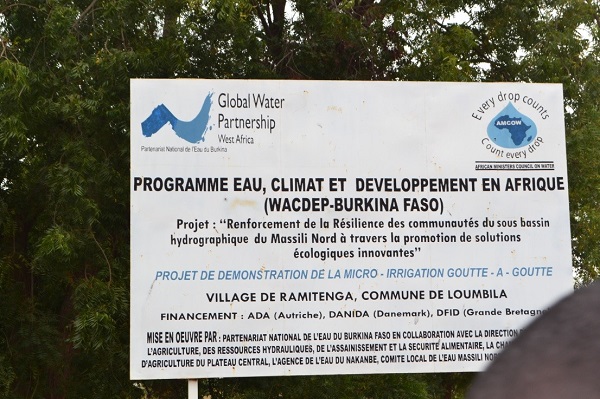 The CWP-BF in collaboration with eight other institutions developed and implemented the Water, Climate and Development Programme in Africa (WACDEP) demonstration project at a site provided by members of .

The project aims to make drip irrigation for market gardening using solar energy as a measure of adaptation to climate change and fight against poverty. Its ultimate goal is to achieve an efficient management of agricultural water for vulnerable populations in Ramitenga. 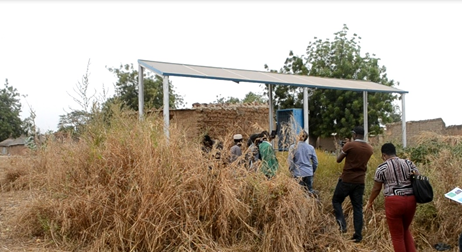 The project involves the provision of a solar powered pump, making it possible for farmers to pump water from the 31meter deep well to a water tower located on the borders of the site. The water, discharged from the water tower is then channelled towards the irrigated plots. 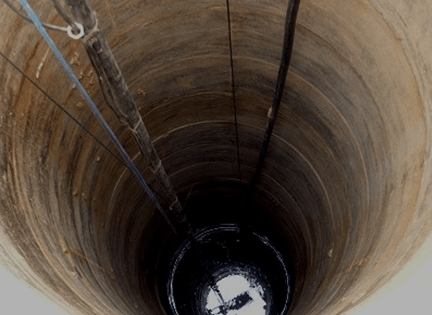 The well from which water is pumped to the farms

On a field visit to the project site by some 20 journalists participating in a workshop on integrated drought and flood management, organised in collaboration with the GWP-WA and the Volta Basin Authority (VBA), Aminata takes us around her aubergine farm which has blossomed with fruits.

Obviously satisfied with the progress of her farm, Aminata says she is now able to farm all year-round following the introduction of the drip irrigation system; making her economically sound. She says she now farms efficiently and effectively with the minimal use of physical energy.

“When we were using the generator, it meant carrying water from the well to my farm. But now, I no longer carry water in buckets. The use of the solar powered pump makes it possible for water to be sent directly to my farm.” 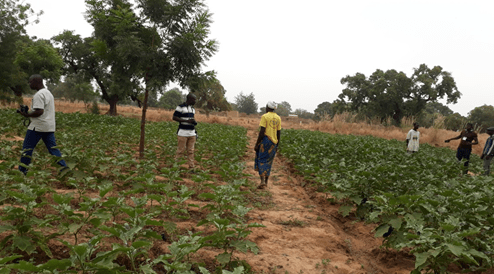 Aminata taking journalists around her farm

“Also, we no longer and water is available for domestic use too. So I can water my crops without worrying about what I’m going to drink because the water is available. And there is enough water to help me cultivate , aubergine, and groundnuts two or three times in the year.”

According to Aminata, during the dry season, they also make nurseries for crops such as potatoes and those nurseries are watered with the drip irrigation system and at the onset of the rainy season, the sprouts are transferred to the beds.

Vice President of the group, Tiemtore Kasmane, says not only has the introduction of the drip irrigation system provided a mechanised farming practice, but has also led to harmony among members within SIDWAYA and the village as a whole. 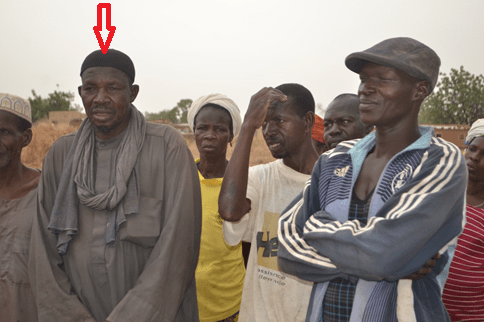 According to him, when profits are made from the farms, the money is used to buy maize and shared among poor families in the village.

He also notes that to ensure the sustainability of the project, 33 per cent of the profit made is put aside for the maintenance of the system.

Although the provision of the drip irrigation system, which is solar powered is economically efficient, members of this small farmer group expressed concerns over the impacts climate change is having on their source of livelihood.

“When the sun doesn’t shine, it’s difficult to generate power to start the pump. We wished we had batteries to store the energy we get from the sun when it’s shinning,” stated.

Nonetheless, it is worth noting and comforting that,  and her colleague farmers see greenery even in the face of drought as a result of GWP-WA’s intervention through its integrated drought and flood management projects; thus bringing relief and smiles to the people of Ramitenga.