It is all new to me 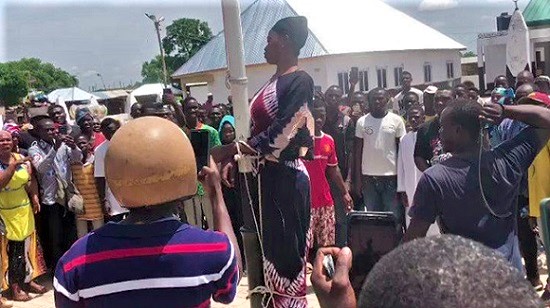 It must be my age. Sex videos, people tied onto stakes and being flogged, police stations being attacked by people wanting to release their friends from custody.

I am trying so hard to keep up with the news but there are so many things I can’t understand. I can’t recognise this Ghana.

Let’s start with the events in Wa. Once upon a time, sex was a very private undertaking and this has nothing to do with later controversies about single-sex encounters.

It seemed to be the ultimate sin and as a child you were not even told about sex, never mind given any directions on what it was or how you were expected to deal with it.

Children are left at the mercy of some grownups to be abused and left with the feeling they are guilty.

For the longest time in my experience, sex was considered so private, nobody spoke about it and very few admitted to having it even though it was obvious it was happening all over.

I know things had changed and grownups no longer bothered to deny the obvious but it was left largely to the imagination. I don’t know at which point things changed to the extent of people feeling the need to advertise what they do behind closed doors.

But before the advertising bit, I have to concede that my first puzzlement with the events in Wa was about why people would want to video themselves making love.

I considered many explanations and discarded them and settled on the need to keep a record for the future to remind yourselves of what you used to be capable of, once upon a time.

Having made the video, I suppose it did not require much effort to post it for public viewing. After all, people seem to post every detail of their lives on the net, a picture of me in my pyjamas, getting out of bed, this is me getting into the shower, this is what my face looks like without any makeup, would you believe that my husband had a dream and wouldn’t tell me about it and it led to a furious row before we had breakfast, this is what we are having for breakfast, I am trying to make up my mind which of these two dresses I should wear…..

Now, if the world is invited to such mundane and intimate details of your life as are exposed regularly on Instagram, it does not take much of an effort to post a video of you having sexual intercourse for the world to see.

But it turns out this Wa palaver is not quite as straightforward as it seems because whereas it appears the couple did make the video of their lovemaking, they did not post it on the Internet themselves, someone else did.

I really don’t recognise the Ghana I thought I knew in this type of behaviour. The story doesn’t end there. The lovemaking video is out and people are circulating it, I suspect very much to the chagrin of the couple.

They might have had the courage to video themselves making love, but they were surely not counting on their friends to have it advertised to the world. Curiouser and curiouser our story gets.

Faced with such a video and the reactions, I wonder at which point the disgust and anger and embarrassment get channelled into a decision to capture the young man and young woman in the video and subject them to a public flogging?

Where did the idea come from that people deemed to have offended public norms and sensitivities anywhere in this country can be tied around a pole and flogged?

Who decides which infractions qualify for public flogging and who gives the power and authority to anyone to inflict such degradation on any citizen?

When did flogging of people tied to a stake enter the discourse in this country?

Is there a list at some place that would tell you the sins that if you fall foul of, you should be tied to a stake and be flogged?

Would those who inflate the cost of contracts, demand bribes, approve shoddy jobs, share Achimota Forest and other state lands be on such a list and what about those who pollute our water bodies?

Surely, they pose a greater danger to our society than those who are seen doing what everybody does behind closed doors.

Who are those who do the flogging or is it a self-selecting job?

I am not quite sure about the powers of the traditional authorities in this matter. I quite understand that a chief as the custodian of our traditions and customs would not tolerate certain behaviours on the land under his care, but should he be able to authorise the flogging of people tied to a stake for whatever reason?

But this story doesn’t end here.

Of course, as is the custom these days, crowds gathered to watch the spectacle of this man and woman being flogged, most people had their smartphones out and were videoing the events.

Now, it is more important to be sure you have the details of every incident captured on your phone than go to the help or rescue of someone in need.

It might well be that everyone in that crowd at the courtyard of the chief’s palace in Wa approved of the flogging or did not feel repelled by what was going on, but it is surely significant that not one person tried to intervene and plead on their behalf.

Our story did not end there.

I am not sure at which stage the police got in on the outrage, but they did and arrested those involved in the assault and took them to the police station.

Now here comes another phenomenon that I find difficult to understand in the new Ghana. Friends and supporters of people arrested and being kept in a police station, attack the station to try and release their friends.

Whatever happened to the much-vaunted Ghanaian values we start from. I can’t recognise this set. Maybe it is my age.