In search of Ghanaian values 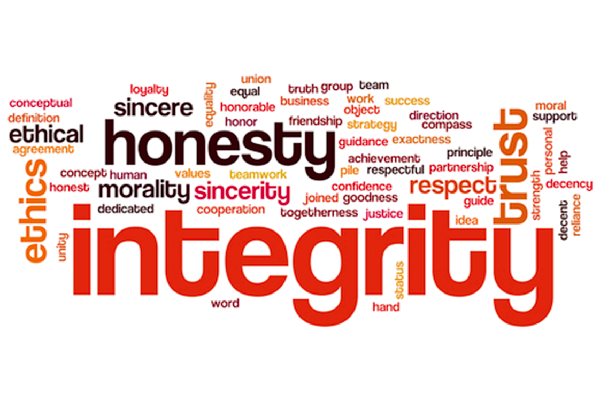 What are Ghanaian values?

I have been trying very hard to work out what we can all understand and accept as Ghanaian values.

The first difficulty of course is that these will have to be distinctive values that set us apart from other people.

The concept of Ghanaian values has been in the news recently as a result of the Private Members bill currently before Parliament, popularly being called the anti-LGBTQI+ Bill.

Values are defined as basic and fundamental beliefs that guide or motivate attitudes.

One big difficulty in deciding on what can be defined as Ghanaian values is that there might be things we as a people do regularly, but they are not things that we can be proud of and therefore we would be reluctant to have them listed as Ghanaian values.

For example, if you stood by the road near the junction, the chances are many of the men walking by would stop and urinate in the gutter.

Now, would it be okay to list that habit of urinating in public as a Ghanaian value? People don’t seem horrified by this type of behaviour.

I would probably suggest that respect for the elderly is one of the core Ghanaian values.

In most Ghanaian homes, children are brought up and encouraged to accept that once someone is older than you, even if it is by a week, you cannot call that person’s name without adding a title to indicate his seniority and your respect.

What then are we to make of elderly women in our society being labelled witches and being brutalised?

Would it be part of our values system that we don’t tolerate witches?

Since all human societies operate in family units, I wonder how come we would claim the family as a core Ghanaian value.

But we do and that probably has something to do more with the way we define the family than what we do within the unit.

In other parts of the world, a family constitutes a set of parents and their children, what is referred to as the nuclear family.

Our definition of family would be more like what is referred to as the extended family.

We in Ghana are terribly proud of this and tend to look down on those who have nuclear family setups and regard them as selfish.

I hear people yearning for the good old days in Ghana when we lived with aunties, uncles, cousins, etc, etc.

Thus we say concepts like cousins do not exist in our setups as your cousins are your brothers and sisters.

It all works very well until we come to the inevitable end of our lives and people die, then our definitions come under extreme pressure.

Once someone has died and there is a funeral (a core Ghanaian value?) you discover there is a definite difference between what are referred to as biological children and other children who are nephews and nieces.

During funeral meetings, you discover that children are not included in the definition of the family.

I imagine that we Ghanaians would regard our funeral rites and the way we conduct funerals generally as one of our defining core values.

It is said for example that no matter how old you are, how independent you are, you are not considered a fully grown adult or accepted as an elder in the society until you have buried your parents.

You are not a true Ghanaian until you have conducted a successful funeral for your parents.

It is the only time you are allowed to incur a debt or borrow money without any disgrace being attached to it.

When the family is being constituted at the time of a marriage, we have a unique Ghanaian imprint.

You would be told at the ceremony that a marriage in our society is not just the coming together of two persons, man and woman, it is a union between two families.

Getting married is a long process and is supposed to involve a detailed check on members of the families to assure the elders that there are no unsavoury characters or strange diseases among the other families.

The strange and unsavoury things are always to be found in the other family and not in yours.

Sometimes it is easier to define the values of a people by looking out for the things regarded as taboos.

Thus, our values would be more easily defined by things we find unacceptable rather than things we like.

We would probably all claim that our society frowns upon and abhors stealing.

But in truth, it is fair to say that it is only petty larceny that would draw public opprobrium.

Large-scale stealing is tolerated and the proceeds take a very short period to launder and gain respectability.

I wonder what conclusion one draws from this reality about how our value system deals with stealing.

It is rare, very rare, that such men are punished or ostracised from decent society for such behaviour.

Does it mean, I wonder, that the sexual abuse of young females by men is acceptable and one of our values?

But maybe I am going into details and in defining values, one is expected to look for the broad strokes.

I have tried to check on how other people define themselves and their values and discovered some interesting ones which I offer here.
British values are said to be: Democracy, rule of Law, mutual respect and tolerance and individual liberty.

I particularly like the definition of what are said to be German values: thrifty, sensible, respect one another’s privacy, sense of order, pragmatism, precision.

So, I have started trying to draw up something along similar lines for Ghanaian values and I find I am struggling, but this is what I have come up with so far.

Ghanaian values: Nothing is straightforward, we have communal tendencies, demonstrated everyday by invitation to join in a meal when they don’t really expect you to.

Time is flexible and no one expects appointments to be on time. The use of the left hand is an insult.

The concept of age does not really exist, you can be fifty-four today and forty-two tomorrow. Being an elder has nothing to do with being old, an 18-year old who is installed as a chief or gets a political position is an elder.

Dead bodies must be kept for long periods before burial.

When you insist on rules, you are being difficult, precision is certainly not one of our values, we don’t deal in straight lines.

We are a people who “manage”.

Those are our values.