Elizabeth Ohene writes: The country where everyone is expected to be late 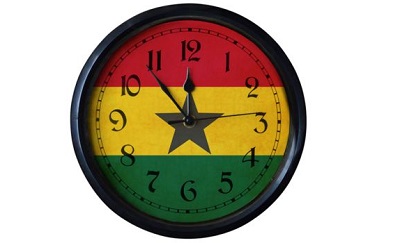 Elizabeth Ohene writes: The country where everyone is expected to be late
30.5k Shares

In our series of letters from African writers, Ghanaian journalist and former government minister Elizabeth Ohene why clock-watching in Ghana is a waste of time

Japan's Olympics Minister Yoshitaka Sakurada was forced to make a public apology after arriving three minutes late to a parliamentary meeting, I wondered how many ministers of state here in Ghana thanked God they were not Japanese.

It is accepted practice in Ghana that public officials are late to functions. Indeed, they are expected to be late.

I know how entrenched this is in our attitudes because when I was a minister of state I would regularly arrive at functions at the scheduled time and find that nobody was expecting me to have arrived on time.

A number of us in that government thought if we could get the president to arrive on time for functions, it would change the culture.

So, the minders of then-President John Kufuor set about on an ambitious scheme to get him to be on time for public functions.

We were determined to persist with getting the president to functions on time in the hope that if people realised the president would be at the function at the advertised time, everybody else would endeavour to get there on time.

It was not a pleasant experience.

I had always felt deep embarrassment that diplomats sent to our country seemed to spend so much time waiting for functions to start but I then discovered they were often late themselves.

Or maybe after some time in Ghana, the diplomats go native and accept that nothing is expected to start on time.

I am ashamed to admit we abandoned the experiment after three tries.

The main arguments against continuing came from the protocol and people.

They insisted the president should not be taken to places that were not ready.

He promised he would set a personal example and be on time. He has since then been making a special effort and arrives on time for functions.

This, however, does not appear to have led to much change in attitude towards time-keeping. 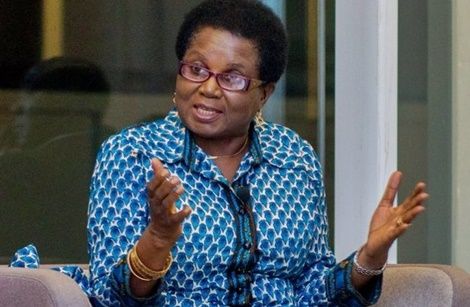 Meetings scheduled to start at 10:00 routinely start anything between 45 minutes to an hour late.

The crazy traffic situation in our towns and cities probably accounts for some of the lateness, as it is impossible to predict journey times and also provides justifiable excuses for arriving late.

A journey from my house to an office where I regularly go for meetings can take 20 minutes, or 40 minutes or, an hour, or, as it did on one occasion, one hour and 50 minutes.

But the traffic surely cannot be the explanation for people arriving for lunch at 16:00 when they have been invited for 12.30.

'Get me out of church on time'

This culture of total disregard for scheduled time extends to, and affects, all other parts of our lives.

My dressmaker promises to make a dress for me in three weeks and I am lucky to get it in three months.

It is better not to look at your watch on such occasions.

We are simply not bound by time here.