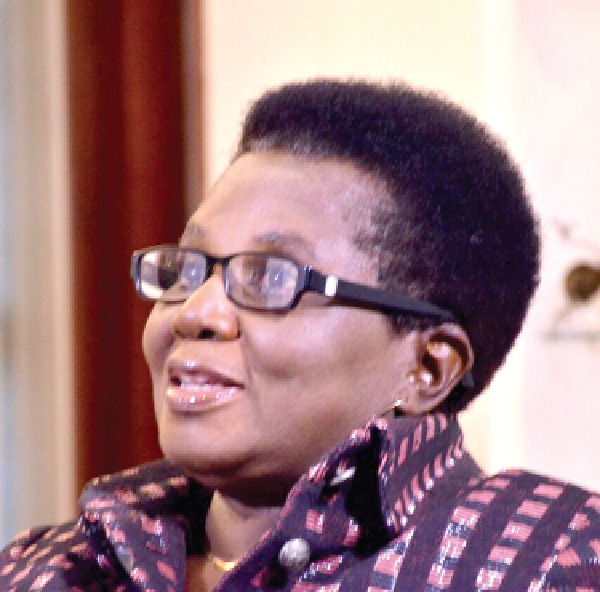 There are some words that defy translation and they are best kept in the original language instead of trying to find an appropriate equivalent in another language.

One such word is adufude, a word that is used in Ewe, Ga and Twi and I have not found an appropriate equivalent for it in English.

There is another word, taflatse, that has always fascinated me, which like adufude, defy translation.

They are useful and colourful words and I feel that the English language for example is so much the poorer for not having equivalent words that convey what these words mean when used in Ewe, Ga or Twi.

Back in my days at the Graphic, the late Mrs Kordylas (it’s quite disgraceful, I know, that I forget her first name, but she was an amazing lady who worked at Food Research Institute), wrote a most interesting and authoritative piece on taflatse, which I must find and reproduce in these columns.

I cannot improve upon it.

The concept of taflatse might feature in defining Ghanaian attitudes and behaviour and values, so I am filing it away.
The word adufude came in the reckoning when I started examining the behaviour of Ghanaian people when they operate in group situations.

We are a people who claim to be communal in our culture and rather disdainful of those who are individualistic.

But the next time you are at an event where the food being served is a buffet, just take a close look at people as they go to take their food.

Plates are heaped with food, way beyond what anybody can possibly eat.

People set out deliberately to take far more food of every kind than they can possibly eat.

Every type of salad, every type of rice, jollof, fried rice, pilaf, vegetable rice, plain rice, chicken, lamb, pork, fish, palava sauce, garden egg stew, kenkey, banku, tilapia, anything and everything and then a second bowl with soup and fufu.

It is very rare that anyone can eat that amount of food, but guests regularly heap their plates and unsurprisingly leave half the food on the plate.

I have no doubts at all in my mind that no one puts that amount of food on their plates when they are at home and in their normal surroundings and it can’t be because they are hungry.

Something tells me, it is simply adufude.

It is not just greed, the concept of Adufude goes way beyond greed, Adufude embodies selfishness and malice that goes beyond greed.

The next time you are at a meeting and Tea or Coffee is being served, just take a look at how much milk and sugar most people pour in their cup.

That is not how they normally take their tea or coffee when they are at home, but once in a public space and they aren’t paying for it or they imagine, it is being paid for from public funds, the attitude changes completely.

These days that food packs are distributed after funeral services and weddings, the attitude is no different from the buffet table behaviour.

People take a pack at one distribution point and move to the next point to get another pack.

I wonder how such an attitude fits in with our claim to be people with communal spirit and which values would these be that we display at such times.

I don’t want anyone to suggest that such behaviour has anything to do with poverty or with hunger.

The Adufude spirit does not come only with food.

Why are air conditioners left on in offices when there is no one in the rooms?

Why are lights kept on in empty rooms?

I doubt that the same people who keep these lights on, behave in a similar manner when they are at home watching their ECG meters and they know they have to go and buy credit.

It is simply because people know they are not paying for the electricity from their pockets and are unable to link the payment from the Accounts office of their department to their pockets.

Indeed, some people think if the electricity bill is paid by the Ministry of Finance then it means their department is free.

When university students are made to pay for utility bills, there is a marked difference in the usage of the utilities and when the state takes on the responsibility of paying.

There is a difference in how people take their showers between those who pay water bills and those who don’t.

At the height of the Covid crisis last year when the government offered to pay for water and electricity bills, there were those who took it to mean taps could be left running and lights could be left on even during the day.

The Adufude factor in the Ghanaian makeup came to the fore.

There must be a very good reason why ice blocks for chilling drinks are found at police barracks.

Water and electricity bills are not paid by the officers and instead of limiting the use of the utilities to their personal needs they use it for commercial purposes, like making slabs of ice.

When there is a public function and there are lots of waiting cars parked around, just take a look at the ones whose engines are kept running for hours on end and the chances are those cars get free fuel or petrol coupons.

There is a name for such behaviour and it is called adufude and it denotes selfishness and malice that takes greed to a much higher level.

Those who pay for fuel for their cars do not keep their car engines running with air conditioners at full blast when they are at meetings or at functions.

When you leave the tap running, the lights and air conditioners on in an empty room because you are not paying the bill, when you heap more food on your plate than you can possibly eat, there is a name for such behaviour.

It is called adufude and it means greed with a heavy dose of selfishness and malice.