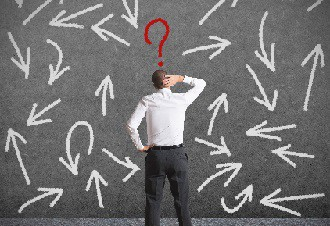 The year 2018 and the early part of 2019 will be remembered for many things. This is because it was a mixed grill of events and activities.

But what they will be remembered for will vary from person to person. Some will be exciting while others may not. For some of the good things to remember, 2018 was the year in Ghana when the 10 regions were increased to 16 with the hope that even and accelerated development will take place across the country.

Ghana’s exit from the IMF cannot be glossed over, as this bold but necessary move will give the country the free hand to manage its economy without the global financial institution breathing down its neck.

The Office of the Special Prosecutor was also instituted with a lot of expectations to control or curb corruption, as well as help steer the country on the path of good governance. Though the office is yet to make its mark and many are wondering what is holding the office from performing, it is expected that the ensuing year, 2019, will be an action year for that office.

Some will also remember 2018 as the year the banking sector went through a period of sanitisation to make it more effective and efficient. However, in cleaning up the financial sector, many citizens felt the pain of its associated job losses.

In the latter part of 2018, the Menzgold saga also hit the nation really hard and escalated fully into 2019 with no immediate solution in sight. Anguish and pain became the lot of its customers and as it did happen to customers of DKM, another Ponzi financial institution, the nearly 60,000 customers of Menzgold nationwide had no choice but to plead with the government for a bailout.

Nevertheless, 2018 was also the year that 100,000 unemployed graduates secured jobs under the Nations Builders Corp (NaBCo), one of the key government initiatives to arrest unemployment in the country.

Notwithstanding these moments of good and bad times in 2018, many Ghanaians entered 2019 with optimism.

The over two decades of the Dagbon conflict which culminated in the loss of lives and property was finally resolved and a peace accord sealed with the selection of a new overlord.

President Nana Addo Dankwa Akufo-Addo and the three eminent chiefs, headed by Otumfuo Osei Tutu II, who helped bring finality to the conflict deserve a pat on the back. This is a good legacy not only for the people of Dagbon but the entire country as it strives to bring rapid development to the people.

For putting together the three eminent chiefs in year 2002, former President John Agyekum Kufuor also deserves commendation for the initiative. This is because the road map towards peace in Dagbon has not been easy implementing but with tactfulness and patience, what seemed impossible has become possible.

While the nation can be in a joyous mood for the peaceful development in Dagbon, the gruesome assassination of Ahmed Hussein Suale has pricked the conscience of the nation. It will also be recalled that over the last few months, the nation has also recorded about four murders, including that of the Public Relations Manager of the Ghana Ports and Harbours Authority, for which the Ghana Police Service is at various stages of unravelling. The police are at the centre stage and all Ghanaians are looking up to them to curb this rising menace.

Interestingly in Ghana, almost every issue that comes up is tackled emotionally, politically and dies a natural death. When an issue crops up, we all do not spare a moment to tackle the root causes but are quick to jump into hasty conclusions, many of which are unfounded. We blow hot air, make loose accusations and judgement and pass on the baton to the politicians to feed on. At this stage, the discussions become partisan and while the matter is tried in the court of public opinion, the aim of the politicians is to score cheap political points and not necessarily to solve the issue confronting the nation.

Ultimately, the public loses interest with the back and forth treatment of issues, and soon another issue comes up and the anger of the public is transferred there and the cycle repeats itself.

We are, therefore, regrettably building a nation with unresolved issues for them to only recur sooner or later.

2018 is sadly gone and 2019 has begun in earnest. The expectation is that all hands will be on deck to help build the dream nation that guarantees the safety and security of its people, as well as provides jobs and basic needs.