December Referendum: Are we groping in the dark? 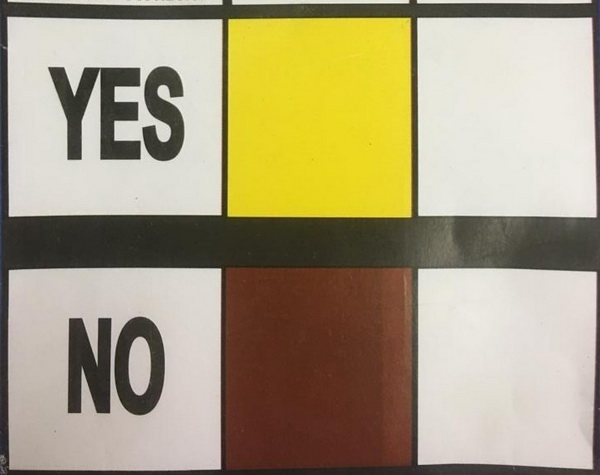 Precisely 35 days from today, the Ghanaian electorate will go to the polls to decide on a few national issues.

First, they will be asked to decide in favour of political party participation in the District Level Elections or otherwise.

Besides this specific referendum on December 17, 2019, the Electoral Commission will also be organising Unit Committee Elections and District Assembly Elections.

What is the Referendum about?

So far, what is generating some interest is the referendum, which is in fulfilment of the 1992 constitutional requirement for the electorate to approve or reject a question as to whether Article 55(3) should be rejected or approved.

The campaign on the referendum has already engendered contrasting viewpoints.

While some schools of thought are asking the electorate to go for a “Yes” vote, some others are canvassing for a “No” vote.

Proponents of the Yes vote believe that the election of the metropolitan, municipal and district chief executives (MMDCEs) on a partisan basis will narrow the accountability gap while stimulating active citizens participation.

Those advocating the “No” vote in their mind’s eye believe that political participation in district level elections will divide Ghana and will not augur well for the country’s growing democracy.

For me, what is critical at this stage is the need for a very strong public education on the merits and demerits of the referendum.

We need to educate and sensitise the public to what shall take place on December 17, 2019, and help them to understand the local governance system through the role of civic education.

We must also educate voters on the district level and the Unit Committee elections.

As an adherent of democratic accountability, who will like to see democracy strengthened at the local level, what I will like to see is an empowered electorate who can make informed decisions based on their understanding of what is at stake for the nation.

It is equally important for all stakeholders including the EC, NCCE and Civil Society Organisation (CSOs) to educate the electorate sufficiently to be able to decide on what choices are available to make.

It is totally wrong to tell the electorate what to vote for.

It is a referendum and we must allow the electorate to decide whether to go for a “Yes” or “No” vote.

If you ask the electorate to vote Yes, why not a No?

It is not right to tell the electorate what choices to make without explaining the significance of the whole national exercise.

A “Yes” vote has consequences and so does a “No” vote.

But for me, what is more important is for the citizenry to actually understand their course of action so that the nation will understand which direction it is gravitating towards.

The point needs to be highlighted that the exercise on December 17 is not an election of MMDCEs.

Rather it is simply to approve or reject the provision on whether MMDCEs are to be voted for or not.

And it is important to point out that in making this choice, there are consequences.

Already, there is an ongoing campaign by political actors, including political parties, civil society groups and other stakeholders for a successful vote on December 17, 2019.

But it does not appear to me that those eligible to vote on December 17, 2019 have come to terms with the nitty-gritty of the whole national exercise, particularly on the upcoming referendum.

What is happening within the democratic space largely is the electorate being lured into what choice to make on December 17.

Already, we do have huge problems with our partisan politics. We are still struggling to build effective working structures at the grass-roots level.

Care must therefore be taken to navigate this process without further challenges.

That is why we need to understand why we are voting for or against the question.