Are Ghana’s political parties playing to the rules? 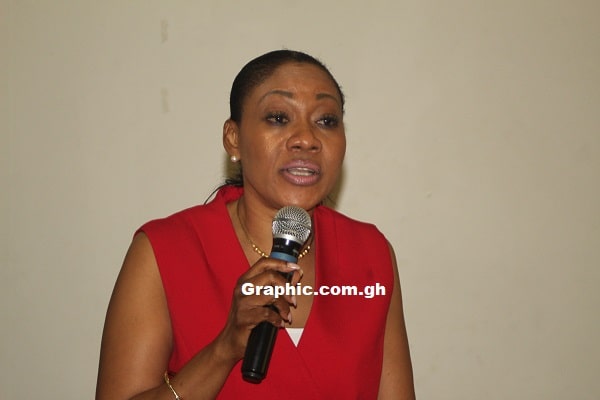 Since the Electoral Commission (EC) made known its intention to compile a new biometric voters register for the 2020 elections, the political temperature keeps rising by the day.

The uncompromising stance of those in favour and those against the compilation is also not helping matters.

For instance, the Inter Party Resistance Against the New Voters Register (IPRAN), made up of six political parties, including the National Democratic Congress (NDC), is intensifying its protest against the compilation of the new voters register with a demonstration in Accra. Already they have embarked on similar ones in Tamale and Kumasi.

The ruling New Patriotic Party (NPP)-led group, which is also made up of more than 10 political parties, is also insisting on the need for a new voters register. But as the EC figures a way around the issue, there seems to be no end to the stalemate.

But what is really intriguing is the sudden rise, interest and concern shown by the other political parties, one could ordinarily describe as very inactive in the electoral discourse.

Now that we are in an election season, it appears many political parties are now waking up from their deep sleep. There are many more such political parties now taking part in the debate over the compilation of the new register than one could ever have imagined.

Where have all these political parties been since the last election in 2016 and are now standing up to be so counted?

Besides the NPP and the NDC, who have governed the country in a political journey that has lasted nearly three decades and still counting, I can pardon the Liberal Party of Ghana, the People’s National Convention, All People's Congress, Convention People's Party, the Progressive People’s Party and the National Democratic Party for occasionally joining in the political discourse.

For the United Movement Ghana, Ghana Democratic-Republican Party, Democratic Freedom Party, and National Reform Party their names are still on the EC’s list of registered political parties but do not participate in any electoral activity.

Some two or so new political parties - the Ghana Union Movement and Power Unity Party -  have recently sprung up bringing the number of registered parties to 26 on the EC data.

As we prepare for the 2020 election, I will not be surprised if new political parties spring up to take part in the process and fizzle out when it is all over come December 7, 2020.

The Constitution stipulates that all political parties must have at least offices in two-thirds of all 216 districts in the country.

Per Article 55 and 56 of the 1992 Constitution and the Political Parties Law, Act 574, political parties are required to have a functional office which provides the main legal framework for the formation and operation of parties in the country.

The law also requires all political parties to operate functional national and regional offices. It is thus worrying that some of these parties only surface when it is time for elections and this shows how mediocre they perform when elections are over.

The question I keep asking is why the election management body is so tolerant in the face of rampant abuse of the electoral rules regulating the conduct of political parties in the country.

Should Ghanaians allow the 26 and more presidential and parliamentary candidates on the ballot paper in the December polls in the name of multi-party democracy?

Section 55(3) of the 1992 Constitution says that a political party is free to participate in shaping the political will of the people, to disseminate information on political ideas, social and economic programmes of a national character, and sponsor candidates for election to any public office either than to district assemblies or lower local government unit.

This simple provision to me is not being adhered to because some of the political parties don't match up to the standard, not to talk about governing over 30 million Ghanaians.

Email:This email address is being protected from spambots. You need JavaScript enabled to view it.