After NPP conference what next? 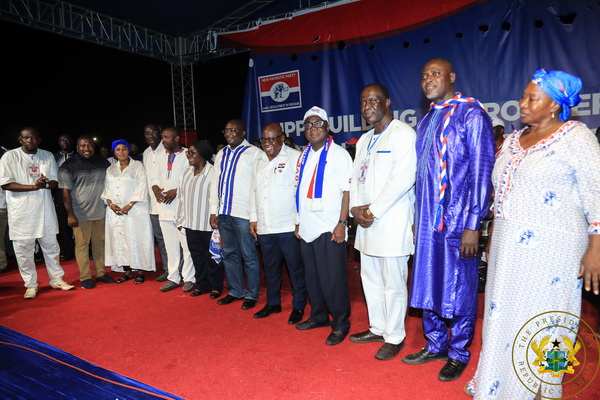 In a four-year electoral cycle, political parties in the country have a little over two years to showcase why they exist, in the first place to compete in general elections and help in the good governance process.

It will, therefore, not be out of place to commend the New Patriotic Party (NPP) for being the first political party not only to have put its internal structures in place but to have positioned itself strongly for the 2020 polls. This means that the NPP has used less than half of the four-year electoral cycle to achieve this feat.

On the other hand, the National Democratic Congress (NDC), the main opposition party, is also rolling out its programme towards the 2020 polls and is currently hoping to conclude its internal arrangements (constituency, regional and national elections) no sooner than the end of this year.

But while it is commendable for the NPP to have organised all its internal conferences, culminating in the successful election of its new national officers to manage the affairs of the party for the next four years and particularly into the 2020 crucial general election, the whole nation now expects the NPP to deliver without fail the needs of the people.

With 18 or so months in office, the campaign mood is long gone and the newly elected NPP executive under the National Chairman Freddy Blay need to roll up their sleeves now more than ever for the huge task ahead.

The NPP is almost two years in power and it has another two years or so to go before the 2020 December election.

To be precise, since 2020 is an election year and governance development processes will often be interrupted with electoral campaign activities, the NPP has till 2019 to effect into reality most of its campaign promises.

This is no time for the NPP to indulge in reminding the nation of the mistakes of the past government, something the party has  been doing needlessly.

The mood of the nation is one of disquiet and the expectations of the citizenry are so high. It is in this regard that the citizenry expect the mid-year review budget which will be presented on Thursday by the Finance Minister, Mr Ken Ofori-Atta, to be reassuring.

Since the NPP came into power, many have been worried that there has been little meaningful development. The Free Senior High School (SHS) policy, one of the flagship social projects of the NPP government, has taken off boldly but as of now, the general populace is complaining and is yet to feel the impact of the other great interventionist programmes such as the planting for food and jobs, one-district, one-factory, one-village, one-dam, among others. Recently, our major hospitals are also crying for beds and of ambulances.

The NPP cannot achieve all these targets and for that matter ensure good governance for the people if it does not work as a collective.

This is where the ingenuity of the newly elected party executive will be much needed to complement the government’s development efforts.

Former President Kufuor’s advice to the delegates also comes in timely. His call on them to shed their egos and personal interests for the greater good of the party and country cannot be underestimated if the party is to maintain the gains of 2016 as advocated by President Nana Addo Dankwa Akufo-Addo at the conference.

It is worthy to note that Mr Blay, in his victory speech, stated clearly that “it is time to mend broken fences”.

While this is on the right track, it is easier said than done and it will be in the collective interest of the party to refrain from lip service.

In the lead-up to the 26th Annual Delegates’ Conference, the 41 candidates who contested for various positions of the party did not leave any stone unturned.

In the process, toes were stepped on, there were hurt feelings and the outcome of the election may not have been pleasing to some.

Already, the NPP needs to work and bring finality to the Paul Afoko, Kwabena Adjei Agyapong and Sammy Crabbe issues.

The NPP cannot pretend it does not need all its members, supporters and sympathisers on board if it is to consolidate the gains made in the 2016 election.

That is why what the new executive members do after their successful conference, including bringing finality to the Afoko, Agyapong and Crabbe issues, are of critical concern.

As a party in government, the people need massive infrastructural development, jobs, safety and security. Teamwork, effective organisation and good governance are required of the NPP if it is to maintain its impact in the 2020 election.