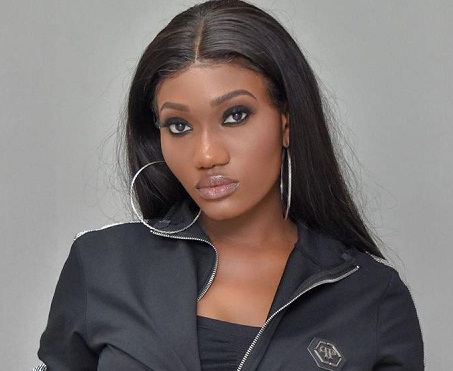 Afrobeats artiste Wendy Shay is all smiles after the music video for her song Pray for the World was restored by YouTube.

The video was deleted by YouTube earlier in the week after a reported copyright infringement. The song reportedly had the same chord progressions like the worldwide hit song Jerusalema by South Africa's Master KG and that's why it got pulled down.

In a reaction, Wendy Shay had indicated that she would fight for her rights and that her lawyers were already working on getting the video restored.

“This is the country we are living in ooo….I will fight for my right because pray for the world has a different chord progression from Jerusalema. SHAYGANG don’t worry my lawyers are dealing with YouTube.”'


Well true to her word, the video has been restored and made it known in a post on Friday, January 15.

The Rufftown Records artiste thanked everyone, including bloggers and other well-meaning Ghanaians who helped her.


Meanwhile, in her first live video on social media for this year, Wendy Shay revealed that she left Germany to return home because she wanted to serve Ghanaians.

“I left Germany and came to Ghana just when I had turned 22 and the aim was to serve Ghanaians with my craft, with music. I didn’t come to steal or disrespect anyone, I came just to let Ghanaians know that they have a daughter who has a gift.”

However, she stated that she had suffered a lot of disrespect since she came onto the music scene.

"I have heard a lot of people, I mean the young acts use my name to their benefit, I have heard them talk about how better they are than me but I have never for once done that to anyone. I have never said I am better than anyone in the industry even though my journey to where I am has not been easy.

“When I came into the industry, a lot of people didn’t know me, they didn’t even bother to get to know who I am, my personality, the personality behind the songs they jam to which I am grateful for.

"They loved my music but didn’t love my personality so when I am doing anything you get them questioning me. No one gave me the chance to exhibit my identity so they ask what is going on with me when they see something they are not familiar with.”

Wendy said artistes must appreciate that the industry is big enough to accommodate everyone. “The music market in Ghana is big, there is space for every star, I don’t fight for someone else’s spot, I do my thing. A big thanks to all who have followed my songs and love them, I appreciate you all,” she said.

In recent times, Wendy Shay's new look has raised a lot of concern among her followers with many of them believing there must be something wrong with her.